On 22 December 2017, despite the efforts of every single organization advocating on behalf of Americans abroad, the Tax Cuts and Jobs Act became law without including any provisions aimed at easing the tax filing and foreign financial account reporting burdens borne by we who live outside the U.S.

Our campaigns did not fail. We know we moved the ball down the field. We fight on.

In the words of President Barack Obama, “Change is hard and it takes time.”

So we are returning to Capitol Hill to carry on our campaign to educate lawmakers about the personal and financial hardships caused by FATCA and by inordinately complex and manifestly unjust tax code provisions uniquely harming Americans abroad. We will continue to push hard for tax reform for Americans abroad – but we cannot do it without your help.

Democrats Abroad will be in Washington DC March 6-8, 2018 for meetings with members of both houses of Congress from both parties. We need you to back up our efforts by calling your elected representatives demanding tax reform for Americans abroad. All you need to do that is in the guide below. 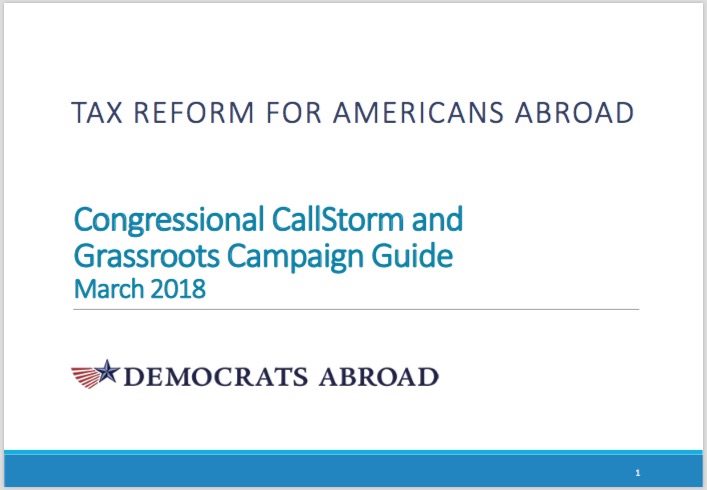