Why the Georgia Runoff NEEDS Your Vote 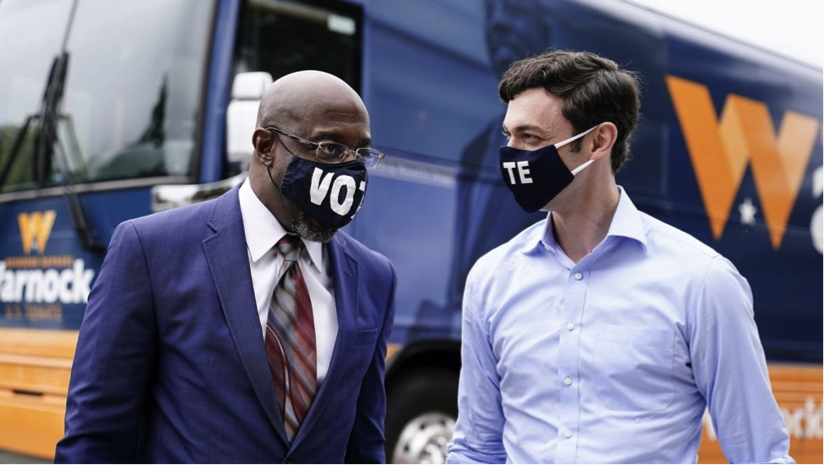 November 3rd has come and gone and we have danced in the streets, cried, held our children, and kissed our loved ones as Joe Biden and Kamala Harris were announced the 46th President and Vice President of the United States. While memes and hashtags proliferated the internet about being able to breathe lighter, or finally exhale, for the first time in four years, we were quickly reminded that a troubled time was far from over. At the time of this article, the 45th President has yet to concede and begin a peaceful transfer of power, and whether or not Democrats will hold a majority in the Senate, a crucial condition for passing essential policy, is undecided until the January 5th runoff in Georgia.

Recent history has demonstrated that partisanship, though fundamental to a working democracy, is uncertain with Senator Mitch McConnell (R-KY) as Senate Majority Leader. In 2017, a repeal to replace the Affordable Care Act (ACA) came to the Senate floor. Senator, John McCain (R-AZ), as well as two other Republican Senators, opposed their party and voted against the repeal stating, “Let’s trust each other … Let’s return to regular order. We’ve been spinning our wheel on too many important issues because we keep trying to find a way to win without help from across the aisle.” This marks the last large act of bipartisanship in Congress according to the Bipartisan Policy Center. While both Republicans and Democrats flock to Georgia to campaign and rally for their Senatorial candidates, President-Elect Joe Biden is beginning to “reach across the aisle” and unite a heavily and deeply divided Congress — a Congress most profoundly reflected by a nation asunder.

The next steps are vital in moving forward on issues that are progressively seen as Democratic, however are unassailable in nature. The ratification of the Equal Rights Amendment (ERA), that was passed by the House of Representatives on February 13, 2020, is awaiting a vote on the Senate floor. The United States remains among some of the most oppressive countries to not, as of yet, ratify the U.N Convention on the Elimination of all forms of Discrimination Against Women (CEDAW). This Convention not only works to bring women into the focus of broader human rights issues, but to also specifically address women’s reproductive rights including the right to choose. President-Elect Joe Biden has also asked for a Coronavirus Aid Package to be placed on his desk by the end of January 2021, including ways to increase testing, PPEs, cancel student loan debt, and to create a Racial and Ethnic Disparities Task Force, as suggested by VP-Elect Kamala Harris. Black and Latino populations have been hit the hardest by the pandemic, especially women in these particular demographics. Legislation that strengthens where these populations are vulnerable will help curb the disproportionate toll the Coronavirus has taken on them. Furthermore, Biden has pushed for a passage of laws that strengthens the Voting Rights Act that is also awaiting action on the Senate floor.

These are just a handful of legislative policies that will need action by the House and Senate to become actually realized U.S. law. Additionally, the Biden-Harris administration is asking for $2 trillion on a climate plan to get the US to net-zero carbon emission by 2050, a College-for-All Act that would make public colleges and universities for families making more than $125,000 free, and instating a public option plan for the Affordable Care Act.

These policies, the reasons we voted for Biden and Harris to “build back better,” will likely die on the Senate floor without the two senate seats from the Georgia runoff. It is imperative that Democratic challengers Jon Ossoff and the Rev. Dr. Raphael G. Warnock receive as much support as possible, mainly votes, to win their Georgia senate seats in January. Women have historically answered the calls to organize and defend the issues that serve all people; women are one of the strongest voices in politics. The democratic voters living abroad also exceededprevious voting turnout, thus, Democrats Abroad must organize strongly again, so that policies on climate change, gender equality, racial justice, healthcare, and Coronavirus relief will survive Congress and make their way to the people.