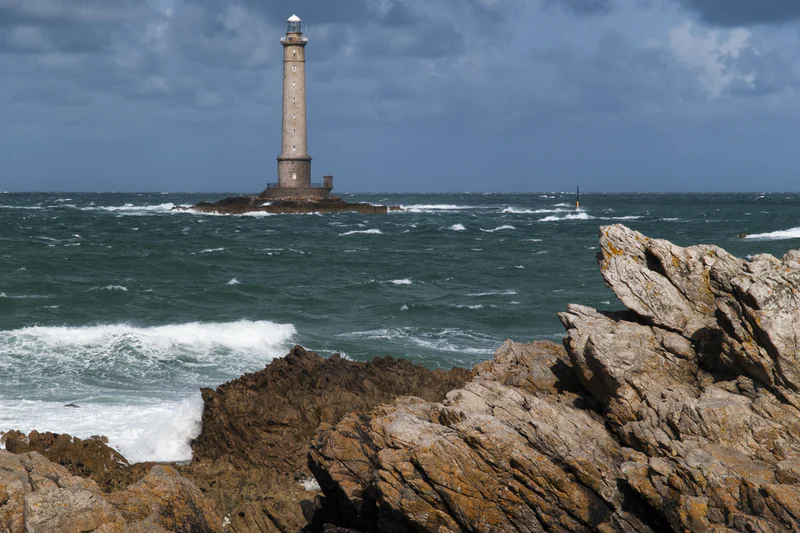 Essay: What Virginia Woolf can Teach Us About Practicing Wisdom this WHM
By: Stayce Camparo

In the garden near the Divinity School at Harvard University, a small labyrinth is paved in stone. There is only one way to navigate it. In many ways I find this unfortunate, because I believe that questions and choices are where discernment lies, however perhaps the most important factor is not actually losing one’s self, but in the impression of being lost. For instance, the labyrinth takes the form of moving away from the center (the goal), creating an impression that one is moving in the wrong direction. Though you can’t get lost in this particular labyrinth, doubt can easily creep in as the bordered current sweeps the traveler in a contrary direction from the objective. Like philosophers contemplating abstract topics of morality or meaning, politicians debating policy, or friends and family listening and talking to each other, we all at some point navigate labyrinths. Practicing wisdom is the process by which we can allow ourselves to get lost (either genuinely or seemingly), and acknowledge that questions and doubt help us get closer to the wisdom in which we seek.

So why are people inclined to resist doubt and seek certainty? A social psychologist by the name of Kruglanski has shown that people have a drive to reach conclusions quickly, grasping available information without taking the time to verify it. Steered by immutability, people “freeze” on their decisions, looking only at the evidence that supports their choice. To use the metaphor of the labyrinth, people want to see that they are gaining on their goal, and not waste time in the uncertainty of getting lost. This pattern is no more evident than in our current divided political climate, where lines are being drawn and sides are taken. Disinformation propelled by demagogues is leading people astray, and ordinary citizens are clutching fiercely to elusive truths. Plus, as we celebrate women’s history, we are faced with the daily truth that women still don’t have equal rights under our constitution, that mothers are being overwhelmed with unequal career opportunities and primary caregiving, and that violence is disproportionately threatening women all over the world. Therefore, practicing wisdom is not in the form of pretending to know with a feeble solution, all the while pointing your finger idly, but rather moving into the unknown -- the doubting, so as to progress.

Virginia Woolf’s To the Lighthouse lends us an illustrative example of practicing wisdom:

[Mr. Ramsey] turned from the sight of human ignorance and human fate and the sea eating the ground we stand on, which had he been able to contemplate it fixedly might have led to something; and found consolation in trifles so slight compared with the august theme just now before him that he was disposed to slur that comfort over, to deprecate it, as if to be caught happy in a world of misery was for an honest man the most despicable of crimes.

Human ignorance, or the vast ocean figuratively stretched out before Mr. Ramsey as he looks out over the cliff, is adept at hiding its contents: a limitless world of life, movement, and change. The ocean is indeed an example of all that we cannot know. Woolf even interchanges human ignorance with human fate, as though humans are unavailingly pulled towards the lure of our unknowing, and that that force eats away at the only place where we can stand with two feet assuredly on the earth. She insinuates that our temptation to know and gain wisdom consequently shakes the stability of what we believe to be true. The character, Mr. Ramsey, feels this as he looks out to the sea, but he can’t stay with this thought long enough to realize its efficacy in his life. If he had, Woolf writes, perhaps he would be able to find some comfort in the uncertain nature of things. What we assume to be stability in knowledge is actually as faltering, if not more so, than the uncertainty that lies before us in doubt, a conclusion many find difficult to sit with. Woolf envisions an exertive force as the symbol for Man’s search for knowledge and meaning. She contemplates the forces that shape and mould even the most rigid of structures, like water on rock.

Unfortunately, wired in all of us is a predisposition to stop the search and say that we know. Psychologically, we can argue that with identity formation, and the need to form groups in which to identify, grasping certainty, and proclaiming it as doctrine are evolutionary human leanings. However, this leaning must be resisted with the most vigilant discipline, because as Woolf notes, truth lies within the deep and vast depths of the sea — that with which we can never know absolutely.

What better way to participate in the human operation -- to celebrate women’s history, than to practice wisdom, to question our world constantly and become more intimate with all that it has to offer. For even rock cannot withstand the steady stream of transience.