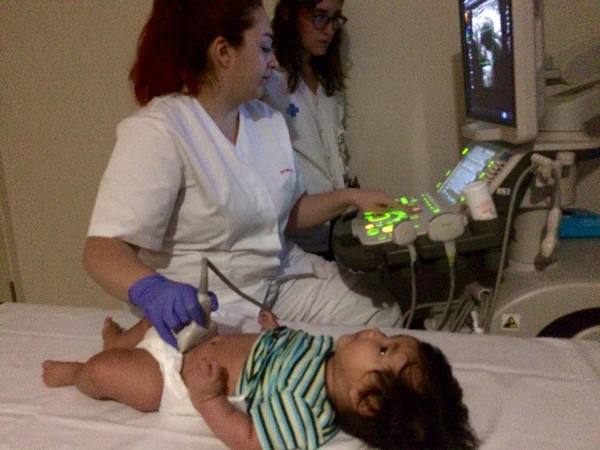 As an American woman who went through pregnancy and gave birth in Spain, I was impressed by the comprehensive, professional, and free healthcare that I was given every step along the way. The Spanish healthcare systems covers the following for all pregnant women: prenatal check-ups, sonograms, prenatal classes, birth, breastfeeding consultancy, and postnatal check-ups. In my second trimester, an ultrasound revealed that my daughter has renal pelvis dilation, a relatively common condition which usually resolves itself in time but requires periodic check-ups. All pediatric care, including her ultrasounds are covered through the Spanish healthcare system. During one of her recent ultrasounds, the technician discovered a cyst on her intestines which requires removal. We are sad that our small baby will need surgery when she turns one, but if it weren't for universal healthcare which would deem the surgery cost-free, our troubles would be further exacerbated by the stress of financial burden, not to mention that if it weren't for such thorough pediatric care, we wouldn't even have had found that cyst to begin with until it becomes a bigger problem. All children deserve the best possible care their society can provide, regardless of their parents' socioeconomic status. I cannot think of any reason that anyone who is pro-family or believes in traditional values would disagree with that.