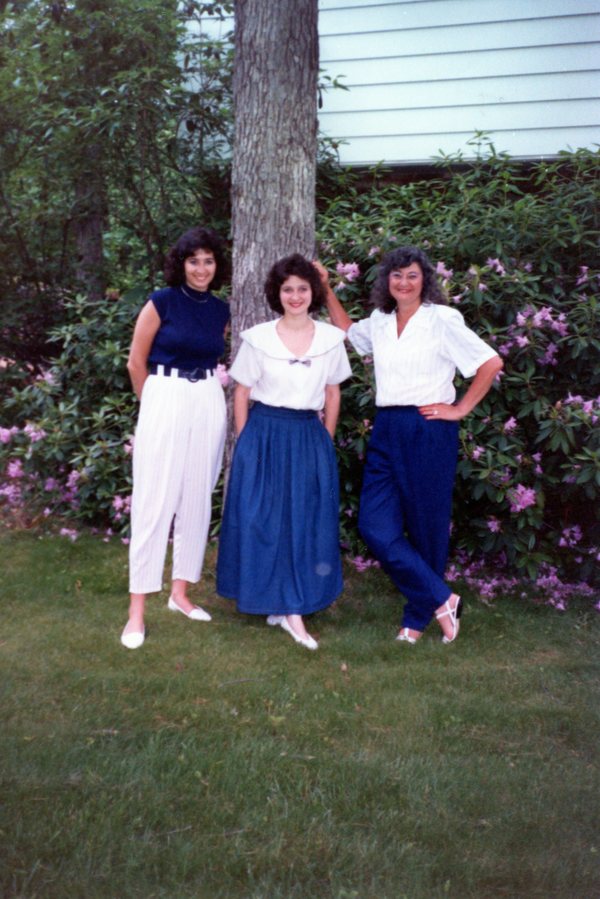 I think I was always a feminist. As a child I grew up in a conservative Italian Catholic home in New Jersey, and my parents were active in local politics. I had heard about the ERA when I was young, but my mother said things about it that I now realize were the party line coming from Phyllis Schlafly and the conservative establishment. They claimed women were already equal under the constitution, as the language of “all men” included women. And so I believed them, too. I believe my mother was a closet feminist, but she did not know how to reconcile it with her strong beliefs about abortion. But she demonstrated her feminism in other ways. She actively volunteered with a home for pregnant teens who wanted to keep their babies, providing them shelter and access to education and employment when their families did not support their decision. She supported women candidates. As a child I remember my parents hosting fundraisers at our home for Millicent Fenwick, a strong voice for civil rights and women’s rights, who was running for Congress (she served in the House from 1974 to 1982). I had to get out of my parents’ house to really question the messages of my childhood and start to think for myself. And that process was a huge awakening for me, culminating in several degrees in gender studies and a career focused on research and advocacy that is centered on women and girls reaching their full potential. As a gender scientist, I can say with authority that language matters. We have so much evidence that when someone refers to men, people visualize men, not women. Language is power, and we need to create a constitution that truly includes equal rights for all people. In the 90’s when I got married, my mother, sister, and mother-in-law planned a shower for me, and the theme was “Lynda is a Feminist.” Along with the cake picturing Simone de Beauvoir and the Quotable Women book party favor, my MIL, long involved with a consciousness raising group focused on passing the ERA, led the guests in a rousing rendition of “I Am Woman.” It is among the most memorable moments of my life, and my MIL still hopes to see the passage of the ERA in her lifetime. My mother passed away many years ago now, but I often wonder what she would think about politics today. I am choosing to believe that she would support the passage of the ERA, if not for herself, but for her daughters, granddaughters, and future generations. We owe our mothers and our daughters this legacy. Lynda Sagrestano, Tennessee voter living in Germany (Photo: Lynda, left, in 1989, with sister Nancy and mother Loretta)