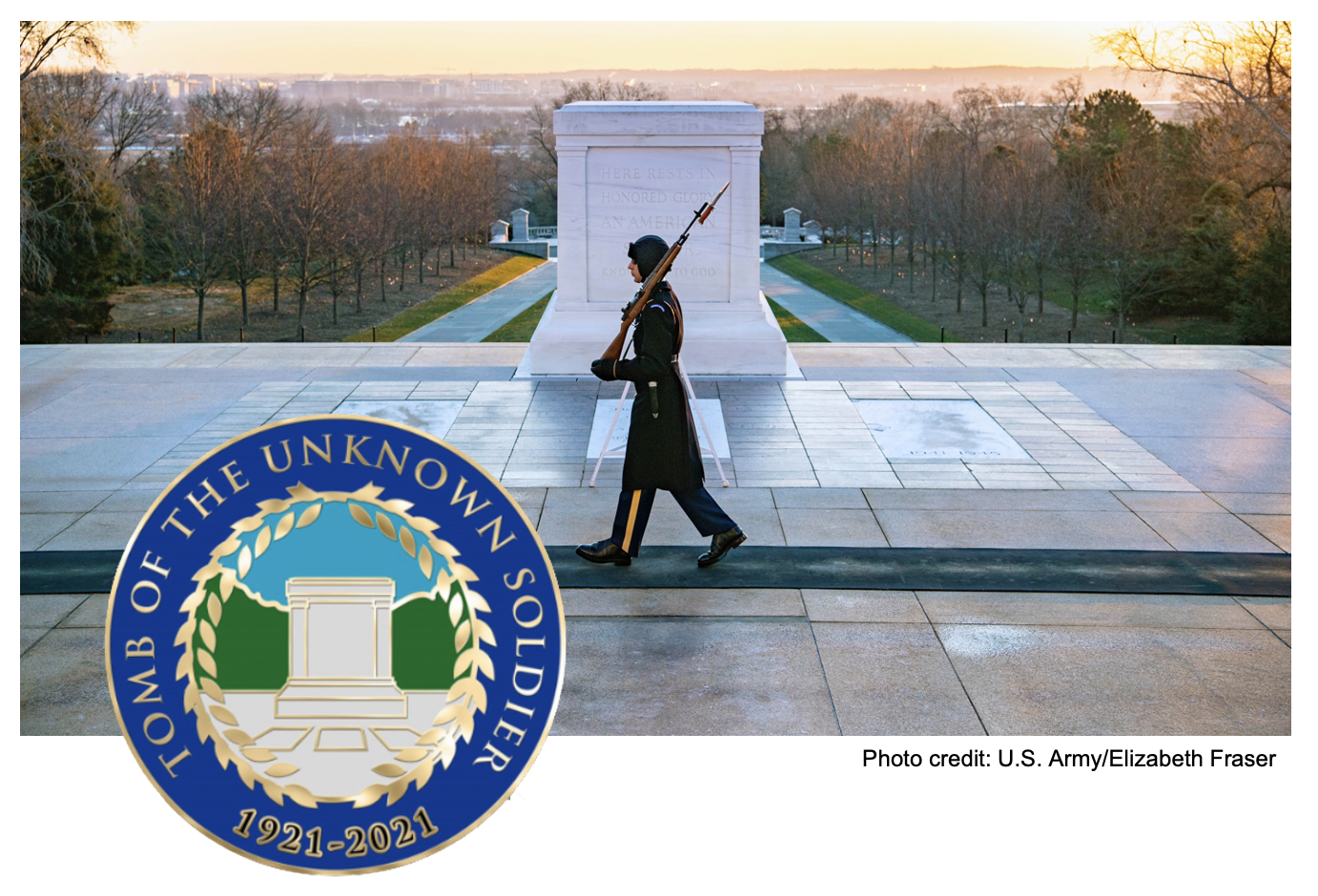 "We view the Centennial not only as a celebration to remember the burial of the World War I Unknown Soldier, but an opportunity to reflect on what the Tomb of the Unknown Soldier means to America and her allies."

We are honored to share with you the opportunity to participate in a series of very special commemorative events in France. The Arlington Sentinels (also known as the Tomb Guards) are here this month to celebrate the Centennial Anniversary of the Tomb of the Unknown Soldier, 1921-2021. The unknown soldier from World War I buried in Arlington National Cemetery died in France, and their body was repatriated to the U.S. in 1921. Click here for the story.

There are several commemorative events open to the public, Oct 24-26:

We sincerely hope you can join us to remember and honor all who have served, the Arlington Sentinels, and Gold Star Mothers.