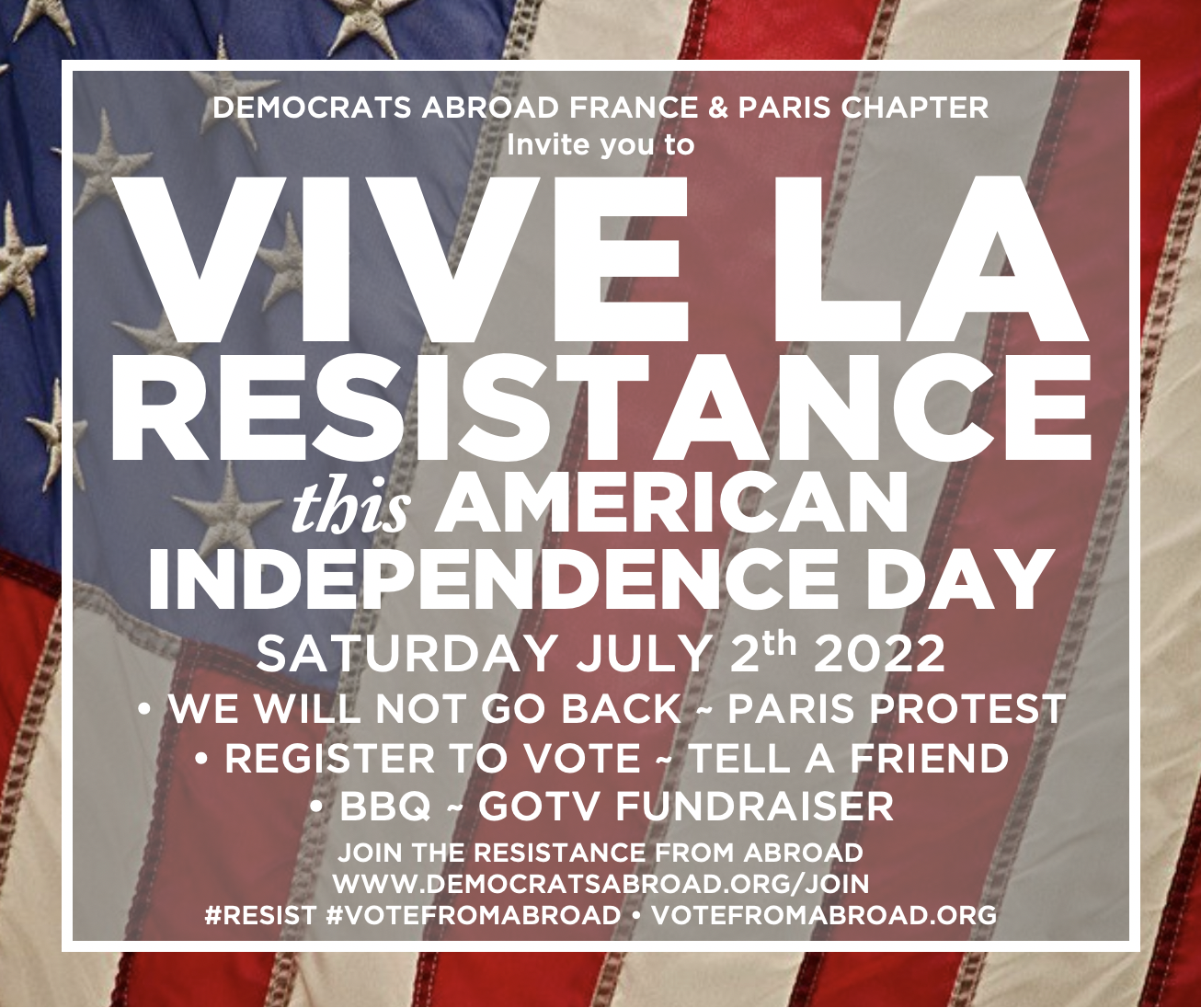 The news coming out of the US is a nightmare — in the past week, the conservative-dominated Supreme Court has handed down rulings with profound impact on American life — ranging from gun rights, to Miranda rights, to religious funding of schools — but most significantly overturning Roe v Wade, and ending a constitutional right to an abortion that has protected reproductive choice for over 50 years.

The horrible effects of this ruling are immediate — abortion is expected to soon become illegal in 16 states, and still others may soon see restrictions through court action or pre-Roe bans. In many places, restrictive abortion bans will come with criminal penalties for abortion providers and patients. Blue state governors are pledging resistance and expansionas they position themselves as safe havens for people seeking abortion.

As the battleground for reproductive choice shifts to state courthouses your vote and voice from abroad matter now more than ever. America is on the threshold of authoritarian rule by people who do not care about rule of law. Democrats must win commanding majorities in House and Senate to stop the assault on American freedoms, but voters must also show up for all the governor races, attorney general races, ballot measures, judges, and other local elections that will determine the future of our nation. Every vote counts more now than ever.

JOIN US AS WE VIVE LA RESISTANCE and fight the radical right this Saturday, July 2nd --

Want to do MORE?