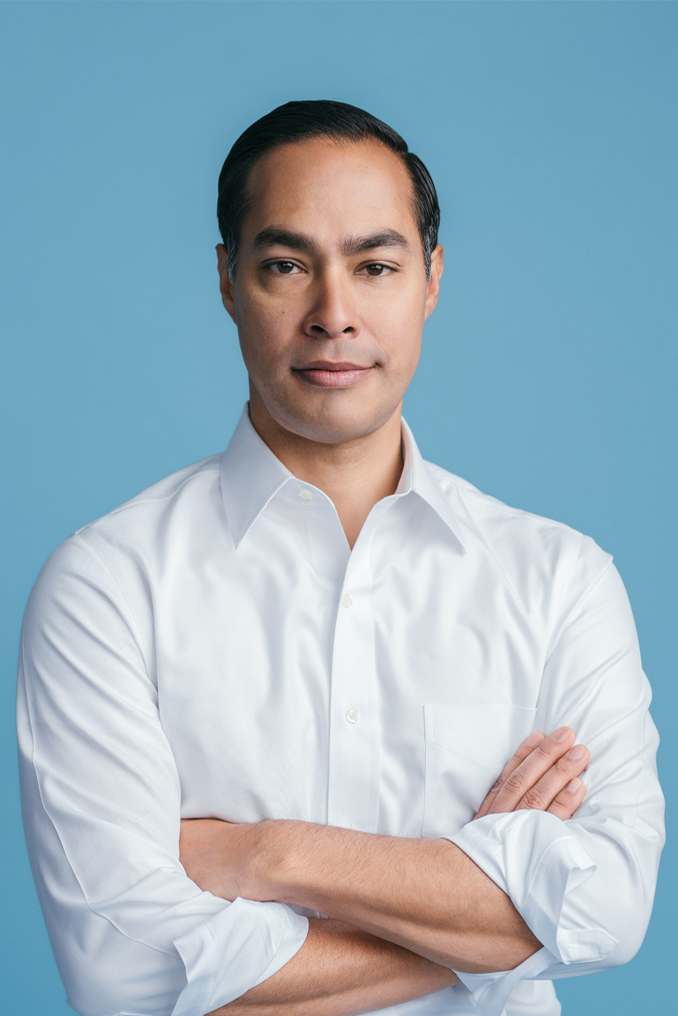 Campaign Statement: Julián Castro served as U.S. Secretary of Housing and Urban Development under President Barack Obama from 2014-2017. Before that, he was Mayor of his native San Antonio, Texas — the youngest mayor of a Top 50 American city at the time.

Public service runs in his family. His grandmother, Victoria, came to this country when she was seven years old. She never made it past the fourth grade, but worked hard to teach her family the value of hard work as she cleaned houses and worked as a maid. She passed on those values of hard work and perseverance to Secretary Castro’s mother, Rosie, who grew up to become a strong Chicana activist, educator and single mom to Julián and his twin brother Joaquin.

The brothers were raised on the West Side of San Antonio, where their mother instilled in them the power of action. During her campaign as the first Chicana to run for San Antonio city council, she taught them that if you want to make a change in your community, you don’t wait— you work. You make your future happen.

And so they did. With their mother’s support, Julián and Joaquin went to college and law school. And in just two generations after their grandmother arrived here with nothing, Joaquin became a Member of Congress and Secretary Castro had the honor of serving in President Obama’s Cabinet.

In 2012, he gave a rousing keynote speech at the Democratic National Convention, during which he described the American Dream as a relay to be passed from generation to generation. As HUD secretary and mayor, he worked to reduce homelessness and fought for opportunities for all Americans. Americans from all walks of life want the same thing: to do right by our families and have the promise of America fulfilled. And Secretary Castro believes that’s exactly what we can do: We can promise young people that college doesn’t have to equal a future of crushing debt. We can promise our seniors that they can count on a life of dignity. We can promise our veterans that they’ll be respected and honored when they come home. We can promise people of color that they are safe, and promise immigrants that they are welcome. And by working together, America can be the smartest, healthiest, fairest, and most prosperous nation on Earth in the 21st Century.