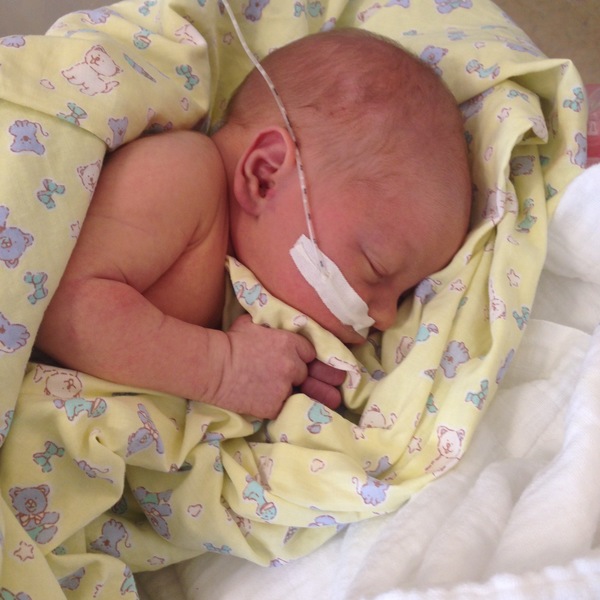 Last year in Iceland, we welcomed our first children, a beautiful baby boy. We arrived at the hospital with the birth plan of having a natural birth, but open to invention if we should need it. Everything was going well, but about 8 hours after we arrived, I had stopped dialating and labor has moved to a glacial pace. In order to try and get things going again, my water was broken and I was given an IV to help things moving. By this point, the pain was becoming very difficult and, with no near end in sight, I got an epidural. It was also during this time that I started becoming very cold and shivering, so I was given a second IV with antibiotics. Soon followed a catheter and constant surveillance by obstetricians, nurses, and midwives, as my baby's heartbeat was also taking unexplainable dips for no apparent reason. After the dilation had stopped completely, the obstetrician was monitoring his wellbeing and found that he was becoming distressed. I was then prepared for an emergency C-section and after 20 minutes, I finally had my beautiful baby boy in my arms. The day after his birth, while recovering from my C-section, the pediatric doctor took my baby to the NICU, as he was breathing way too fast and wasn't eating that well. It was discovered that he had water in his lungs, and while it would go away on his own most likely, he needed a feeding tube while it resolved itself and we had an extra 3 day stay in the hospital. Four days after we arrived at the hospital, my husband, my son and I were finally ready to go home, but we had to settle our bill first. I didn't know what to expect, but then we found out it was $35 - $35!! And that is only because my husband stayed at the hospital with me and was basically a bill for the meals that he ate while there with me. After all that - IV antibiotics, extra doctors, epidural, emergency C-section, and a 3 day stay at the NICU, plus countless procedures while he was there - that was our bill. I am so grateful for the Icelandic healthcare that helped me bring home a healthy baby and didn't leave my family with piles of bills to pay. Our first day's as new parents were spent falling absolutely in love with our new bundle of joy and not in a panic attack about how to pay for some ungodly bills.