On January 6, 2022, the groundbreaking actor Sidney Poitier died at the age of 94. The first black actor to win an Academy Award for best lead performance, he transformed the way black people were portrayed on screen.

In addition to his acting career, he had cultivated a deep friendship with the Rev. Dr. Martin Luther King Jr. and developed relationships with student activists connected to the Student Non-Violent Coordinating Committee (SNCC). 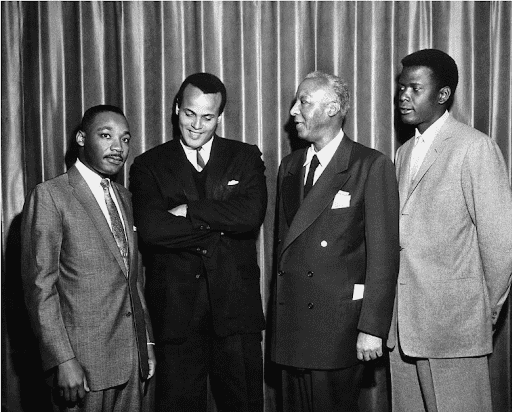 The death of Sidney Poitier marks the passing of an icon whose art touched millions of lives across generations and whose work helped break down the structures of exclusion in Hollywood. But Poitier's legacy is pivotal for other reasons. Though rightfully celebrated in his life and at his death for having achieved many racial firsts — America's first Black movie star, matinee idol, and Oscar winner for Best Actor — Poitier contributed much to social transformations taking place far beyond the movie screen.

To honor his memory and celebrate his life, we will screen the film “Guess Who’s Coming to Dinner”. Afterward, we will have a discussion.

We hope you can join us for this classic film. RSVP Today! 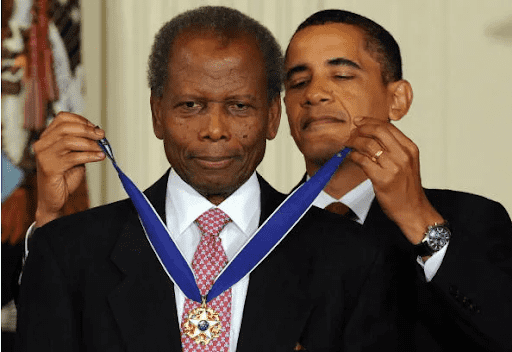 President Barack Obama presents the Presidential Medal of Freedom to ambassador and actor Sidney Poitier during a ceremony in the East Room at the White House on August 12, 2009. | Source: JEWEL SAMAD / Getty