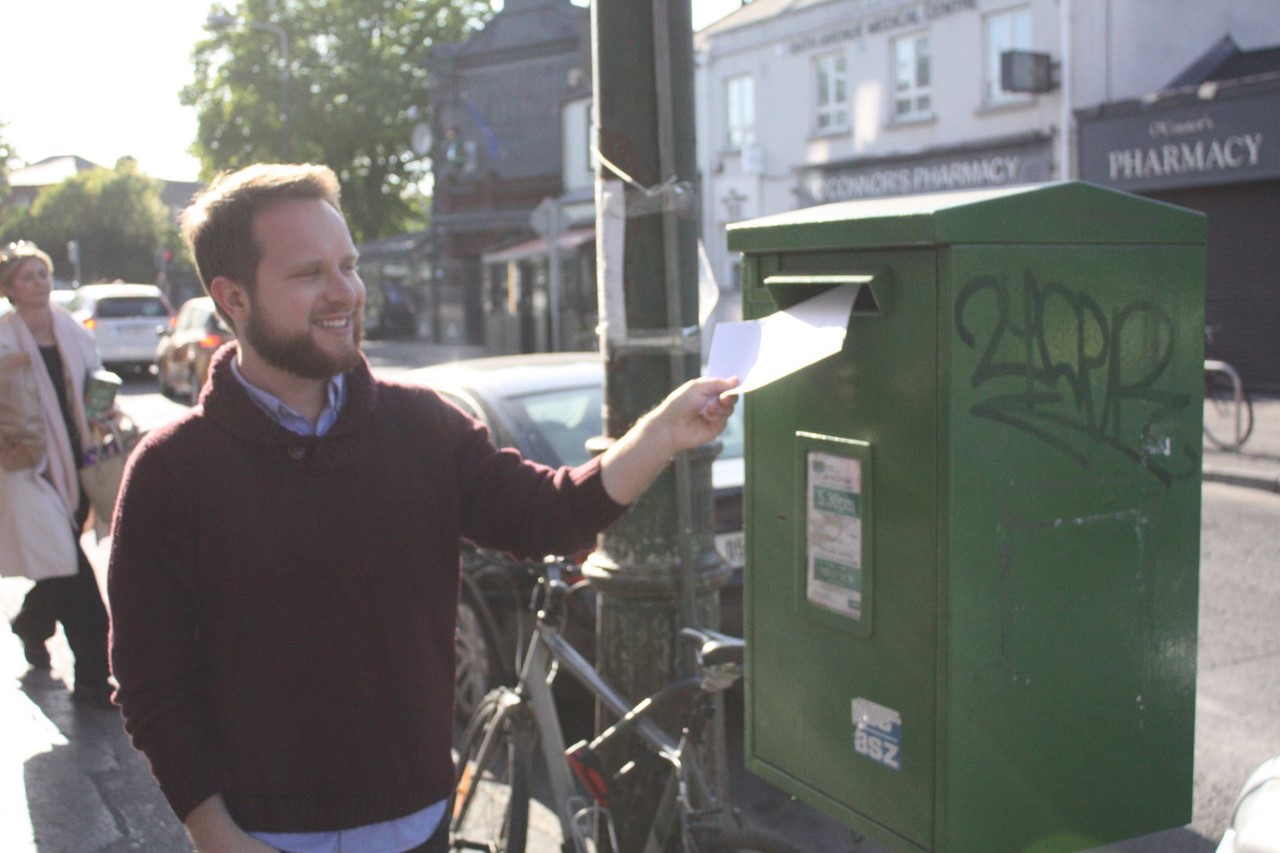 Georgia’s 6th District is gearing up to be the most expensive congressional race in history, and it’s quite possibly the most-watched, too.

The district is filled with people stepping up in the resistance movement, as Democrats and Anti-Trumpers rally together behind the young, unexpected candidate, Jon Ossoff.

Democrats Abroad members have been helping to get out the vote among 6th District voters at home and abroad, including our own Greg Johnson, Democrats Abroad Ireland Chair. We spoke with Greg to hear more about his experience and staying involved at home from abroad.

How did you respond to the results of the 2016 elections?

“We had more votes overall but we just didn’t have the right districts and states. It made me think that we need to concentrate on the congressional races and local elections now. We need to make sure that all Americans are fairly represented, especially because gerrymandering too often involves race and party lines. This is an issue. This is really what inspired me to get active; it reenergized me.”

What else can you and others living abroad do to impact and win these special elections?

“We, in Ireland, are beginning to organize more events that target different demographics, from young adults to older generations. We combine socializing and politics but the goal is to get people activated.”

Looking at Georgia and other special elections, do you think votes from abroad can make a difference?

“Definitely. Living abroad doesn’t mean that you can’t participate. All I needed to do to register online was fill out my information, print, sign and send it out.  It’s really quick! They walk you through the steps at VotefromAbroad.org.

What has been Jon Ossoff’s message to voters? Is it still working?

“Jon Ossoff is well known for fighting political corruption with his company. That resonates with a lot of voters in the Trump era. He has also made it very clear that he will make healthcare more accessible to people. This is resonating with voters in my district. There’s no question that many people see Ossoff as an answer to their frustration with Trump.”

Opposition has argued that he doesn’t have the experience to hold this office. What would you say to that?

“I think that he is going to be an amazing Congressman. He is going to do a lot of good things for our district in Georgia, for the US and on an international level as well. He hasn’t elected elected office before, but runs an organization that is dedicated to making politics better for everyone by fighting corruption. He is clearly dedicated to social good and he is dedicated to helping people. I think that these are some of the best traits you can have as a politician.”

What can people do from abroad to help?

“Well, one thing we did was try to find Georgia voters. A fellow member took a picture of me voting from abroad for this election and we worked with Jon Ossoff’s campaign to share it on social media. It ended up with thousands of likes and shares all over the world. People were writing personal notes such as “this guy is voting from Ireland, have you voted yet?” People were putting a face to the election. It’s definitely about investing your time and being creative. I like the idea about adding a personal touch when promoting candidates like Jon Ossoff. Phone banking is a real great thing to do. It is not just about this election but also about Democratic causes. Getting scripts together and adding a personal touch is important.”

What would you like to say to Georgia 6th District voters and to other people that are able to vote in these special elections taking place in the US?

“This is a chance for Democrats to show our numbers in historically Republican districts. It’s not just about supporting the resistance movement; we are sharing a message about what Jon Ossoff and the Democratic party stands for when it comes to jobs, women’s rights, healthcare, climate change, and other important issues. It is more than just resisting Trump, it’s about showing voters that the Democrats are on a mission to empower all Americans.”

To register to vote please go to: www.votefromabroad.org.