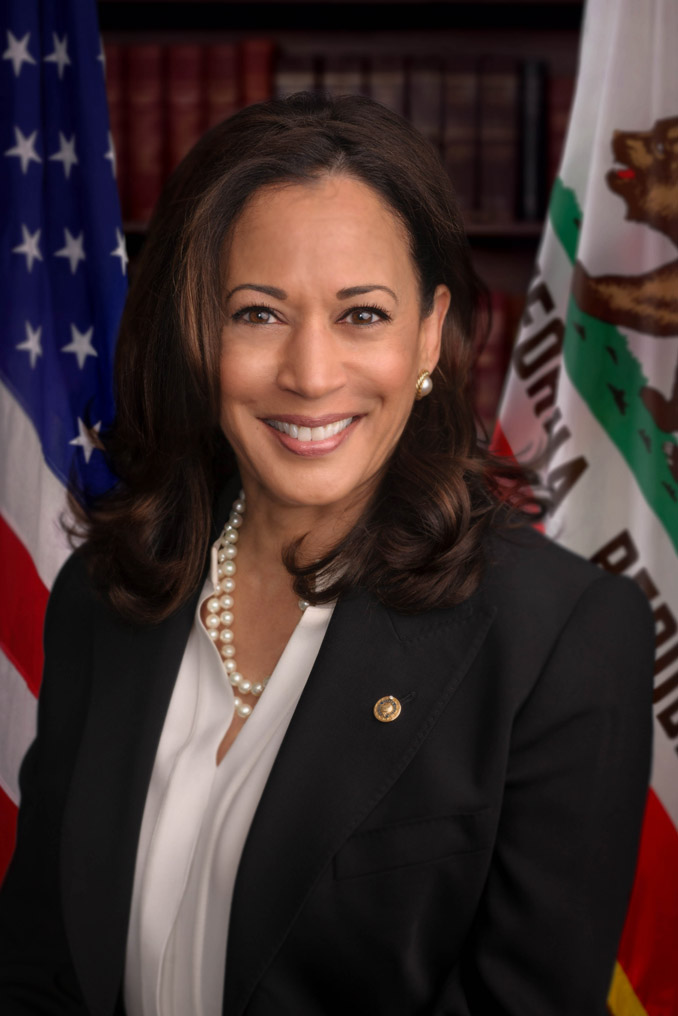 Campaign Statement: Throughout her career, Kamala has been a fearless advocate for the voiceless and vulnerable and a vocal and determined fighter on behalf of all people. Since launching her presidential campaign, Kamala has rolled out a series of innovative new policy proposals that speak directly to the issues the American people care about. Some of her campaign proposals include a plan to give every public school teacher in America a raise, bold executive actions to combat gun violence, the most aggressive plan in history to close the gender pay gap and a plan to stop unconstitutional state abortion restrictions before they are implemented.

In 2017, Kamala was sworn in as a United States Senator for California, the second African-American woman and first South Asian-American senator in history. As U.S. Senator, Kamala introduced or co-sponsored legislation to provide sweeping tax cuts for the middle class, address the high cost of rent, raise the minimum wage to $15 an hour, make higher education tuition-free for the vast majority of Americans, reform the cash bail system, protect the legal rights of refugees and immigrants, and expand access to affordable, quality health care with Medicare for All.

Kamala has been a key voice in the fight to hold the Trump administration accountable, asking the tough questions on behalf of the American people taking on the Trump administration's cruel policies. As California’s Attorney General, Kamala prosecuted transnational gangs that exploited women and children and trafficked in guns and drugs.

Kamala achieved landmark results for middle-class Californians, by fighting the Wall Street banks and winning $20 billion for homeowners who were facing foreclosure during the Great Recession. She helped thousands of families stay in their homes and passed one of the nation’s strongest anti-foreclosure laws. She was proud to lead the team that helped bring down California’s Proposition 8 at the U.S. Supreme Court and to fight for marriage equality nationwide.

Throughout her career, Kamala has been a leading advocate for innovation and reform in the criminal justice system. Kamala established the first Office of Recidivism Reduction and Reentry and pioneered the nation’s first open data initiative to expose racial disparities in the criminal justice system. In her two-terms as the District Attorney of San Francisco, she created the “Back on Track” program which connected first-time felons with job training and apprenticeships, a first-of-its-kind program. Born in Oakland, Kamala Harris is a graduate of Howard University. She earned her law degree from the University of California, Hastings College of the Law. She is married to Doug Emhoff and is “momala” to Ella and Cole Emhoff.