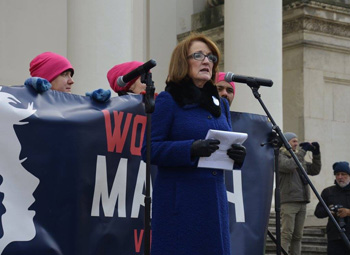 With the dramatic policy shift in the White House, many decades-long U.S. nuclear policies are being modified or even reversed. At this DAATalk, Laura Rockwood will discuss how the new U.S. policies on issues such as the Iran Nuclear Deal, North Korea nuclear tests, and the nuclear weapons ban can impact global security.

Additionally, Nadja Schmidt, chairwoman of the Austrian branch of the International Campaign to Abolish Nuclear Weapons (ICAN), will present on the recently signed Nuclear Weapon Ban Treaty. ICAN, a global alliance of more than 460 organisations in over 100 countries, was awarded the Nobel Peace Prize in 2017 "for its work to draw attention to the catastrophic humanitarian consequences of any use of nuclear weapons and for its ground-breaking efforts to achieve a treaty-based prohibition of such weapons."