DACZ Sends a Message to Congress 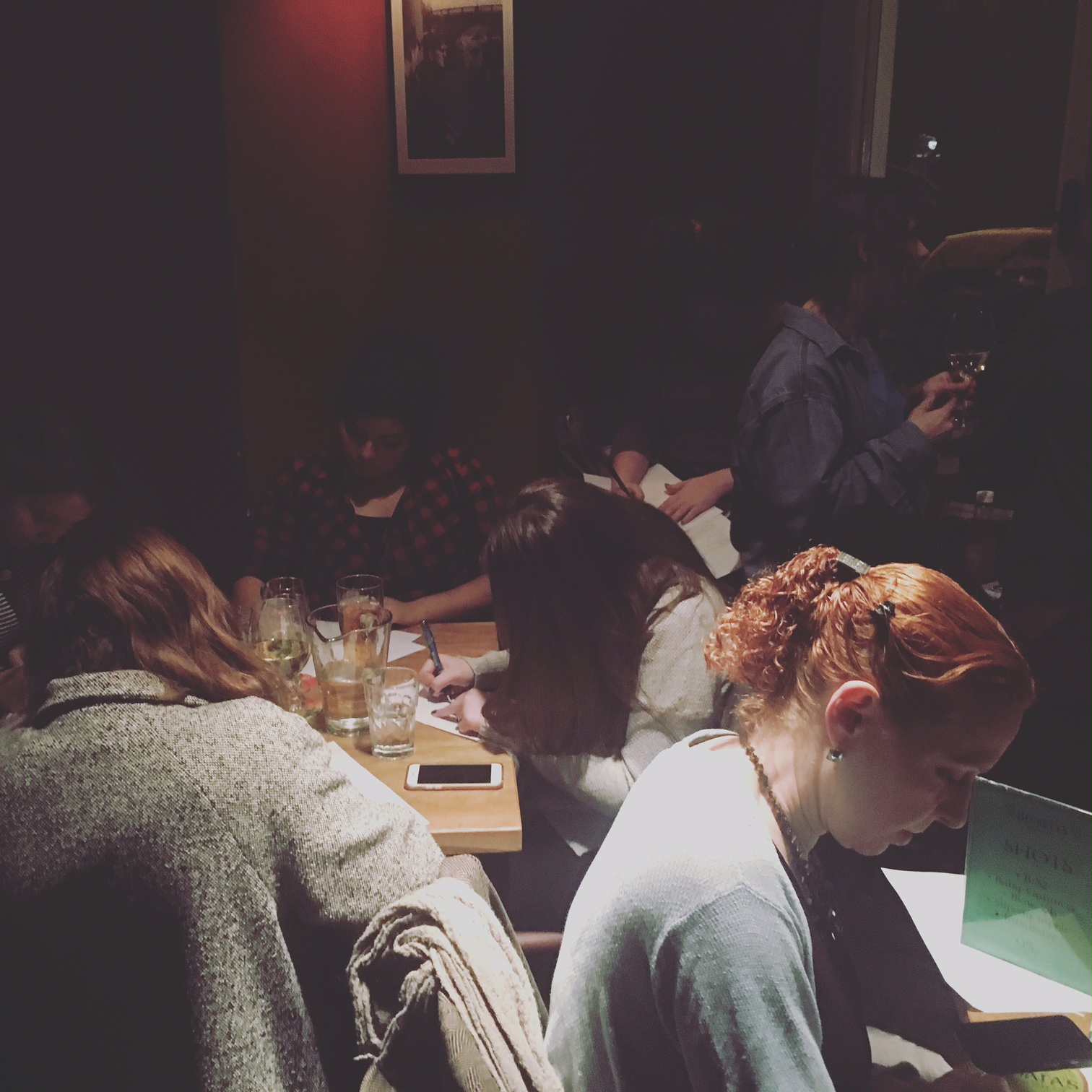 Despite the icy weather, what began as a gathering in a cozy side room turned into a group of about 50 people that had to branch out into the main bar. DACZ provided paper, envelopes, a list of tips on writing a letter to Congress, and three sample letters as food for thought: one opposing the appointment of Steve Bannon to the National Security Council, one concerning the Supreme Court nomination of Neil Gorsuch, and the last against the seven country ban.

Letter writers were free to write Congress and other governing bodies about issues of concern, and participants helped each other look up local representatives. Other topics such as the DAPL, opposition to Betsy DeVos’ Education Secretary nomination, the ACA repeal, LGBTQAI civil rights and safety, and concerns about White nationalism bounced around the room and made it onto paper as Beckett’s outstanding servers brought food and drinks at lightning speed. The event was more than putting pens to paper; it was a time for everyone to voice concerns and find comfort in each other.

Part of what made this gathering so special was the presence of people from outside the Czech capitol. To help bring people together in the spirit of support networks and activism, DACZ plans to expand these events on a national level by making sample letters easily accessible so people throughout the Czech Republic can hold their own events. Information on these events will soon be available on DACZ's events page and Czech out DACZ’s Facebook page https://www.facebook.com/DemocratsAbroadCzechRepublic/.