It is Meet the Team Monday!  Today, we continue our blog series - with the Co-Chair of our Youth Caucus, Alex Rehbinder. 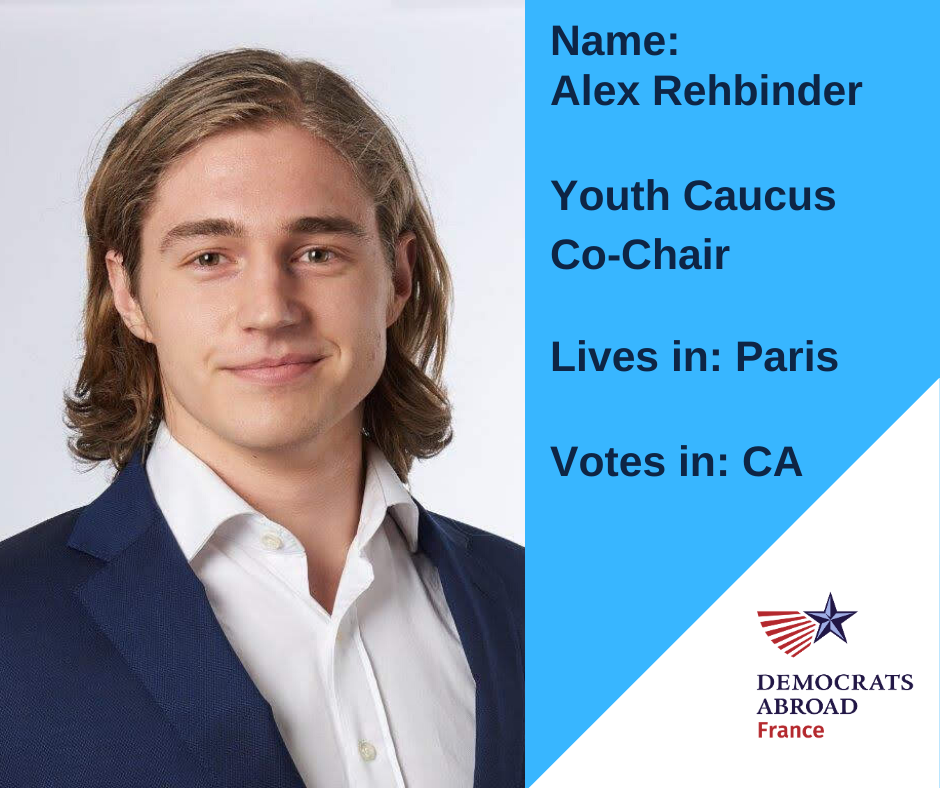 In 2018, Alex (along with Rachel Padilla) was elected co-chairs of the DA France Youth Caucus (or Young Dems in France).

“Our goal is to ensure that the voices of young members of the Democratic Party residing in France are heard, and to get out the youth vote.”

Since moving to Paris from his hometown of Los Angeles, California, Alex has been actively involved with DA France’s voter outreach efforts.

When he isn’t busy organizing debate watch parties or meet ups for the Youth Caucus, Alex works as a paralegal in Paris.

Now, on to some fun facts about Alex:

And, when asked what he would do if he were President of the United States for a day, he responded that it would be a day filled with “executive orders, sentence commutations and a laundry list of pardons.”

There is lots of events and activities being organized by Young Dems in France. If you would like to learn more or would like to volunteer, check out their Facebook page.  You can contact Alex and Rachel at [email protected].