It is Meet the Team Monday!  Today, we continue our blog series with an interview with our National Vice Chair, Chapter Liaison - Meredith Wheeler. 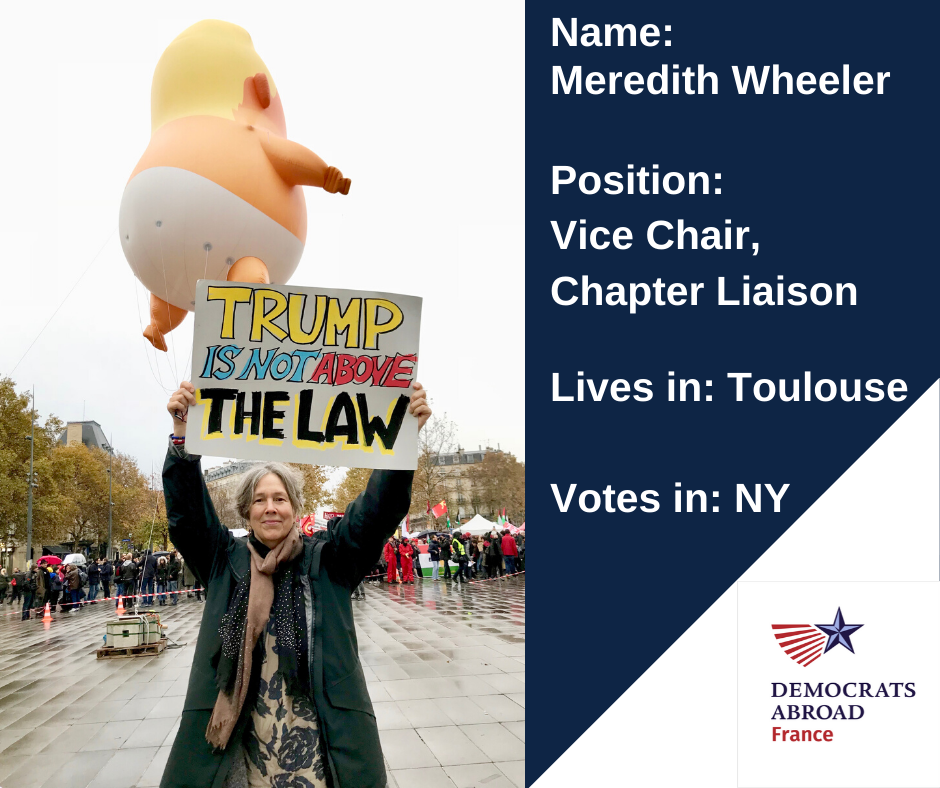 Meredith Wheeler is the National Vice Chair - Chapter Liaison for Democrats Abroad France (DAF), and her role consists of coordinating efforts among the 12 chapters.

Meredith has been an active member of Democrats Abroad France for the past 16 years. In 2003, she helped found and chair the Toulouse chapter.

“Like many Americans across Europe, we were organizing to oppose the disastrous war on Iraq … and so I started the Toulouse chapter in southwestern France. We were the second chapter in France (after the Riviera) and very quickly became one of the largest and most dynamic.”

Prior to moving abroad, Meredith worked as a writer/ producer for ABC News in New York and London, with Peter Jennings, Sam Donaldson, and Barbara Walters. Her experience in journalism has been a great asset to DAF.

Now, onto some fun facts about Meredith:

Of the numerous initiatives she’s worked on, Meredith is most proud of the Obama Bridge Project—to which Susan Vaillant of DAF Strasbourg gave the magic tagline: Yes We Span! The project entailed photographing Obama supporters at famous and scenic bridges (the bridge being a metaphor for him). People on every continent took part!