It is Meet the Team Monday!  Today, we continue our blog series with a focus on our National Caucus leadership - with the Co-Chair of our Diversity Caucus, Veronica Pollard. 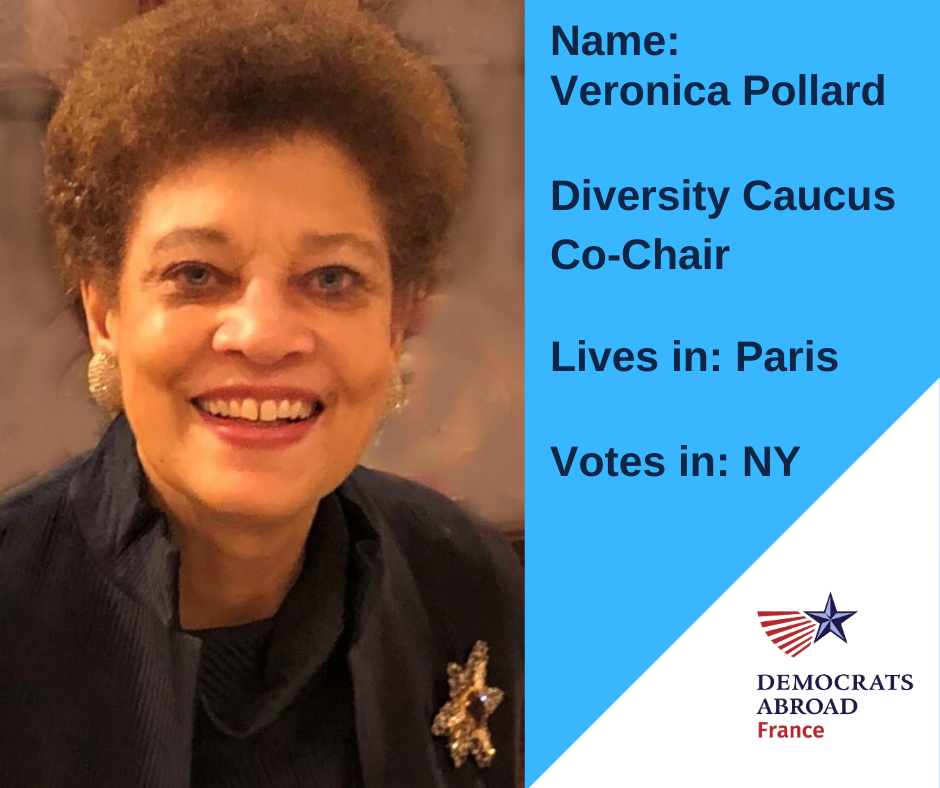 After moving to Paris seven years ago, Veronica joined Democrats Abroad France, participating in many DAF activities over the years, including those sponsored by the Diversity Caucus. Among the most memorable of those activities were the DAF trip to Normandy last June for the 75th anniversary of D-Day, the series of DAF Civics Seminars, and the celebration of the life and accomplishments of Dr. Martin Luther King, Jr. on the 50th anniversary of his death in 2018, sponsored by the Diversity Caucus.

Prior to being appointed Co-Chair, Veronica worked as the Senior Vice President of Marketing and Communications for the U.S. Fund for UNICEF.

Now, on to some fun facts about Veronica:

And, when asked what she would do if she were President of the United States for a day, Veronica replied that she would establish the issue of inequality as the top priority to solve.

To learn more about and to get involved with the Diversity Caucus, please contact Veronica at [email protected].