Over the past few months, Democrats Abroad has taken on the DNC’s “Resistance Summer” campaign by organizing events to enroll new voters, activate our membership base and ready Americans around the world for the work ahead. 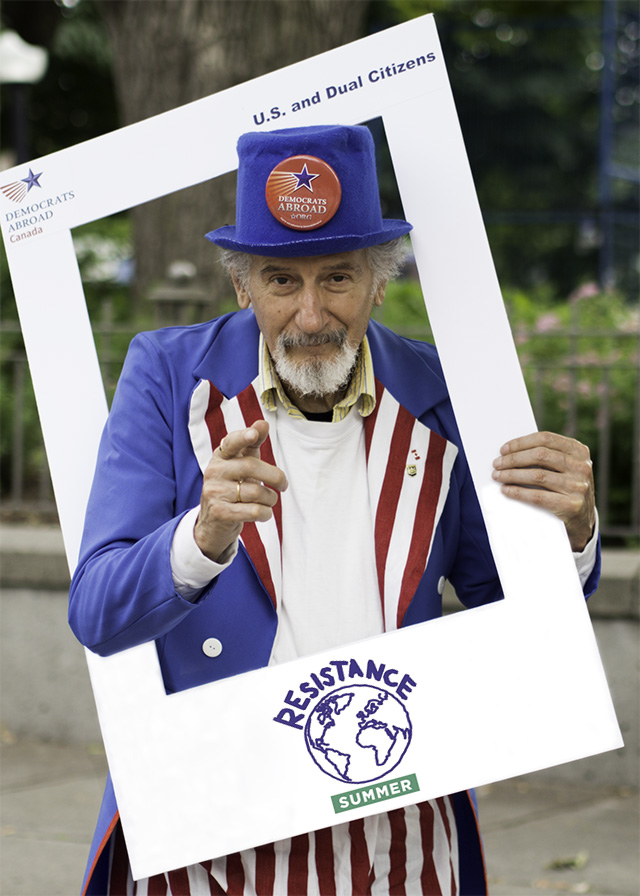 Country committees and chapters held more than 300 events worldwide over the summer, and almost 400 members put their hands up to volunteer over the holiday months. Thousands of members participated in the campaigns that we ran in support of universal healthcare, the Paris Accord, DACA, and Residency Based Taxation, and members from around the world stepped up to join a global vigil after the atrocities in Charlottesville.

We are proud of our results! Members were motivated in both their frustrations and their excitement to ensure that Dems Abroad is ready to help bring in more overseas votes in 2018 than any midterm, ever.

While hundreds joined our virtual vigil against hate, the single activity with the most buzz on the ground was our postcard writing campaign.

“Democrats Abroad has a history of sending postcards to DC and we've long heard from friends in Washington that these attract attention. When we had the chance to put together a small grants program this summer, a postcard program was a natural choice,” explained Julia Bryan, Democrats Abroad International Chair.

Members gathered at private homes, voter stands, community gatherings and protest rallies to write to Congressional Representatives about key issues, urging other Americans to do the same. 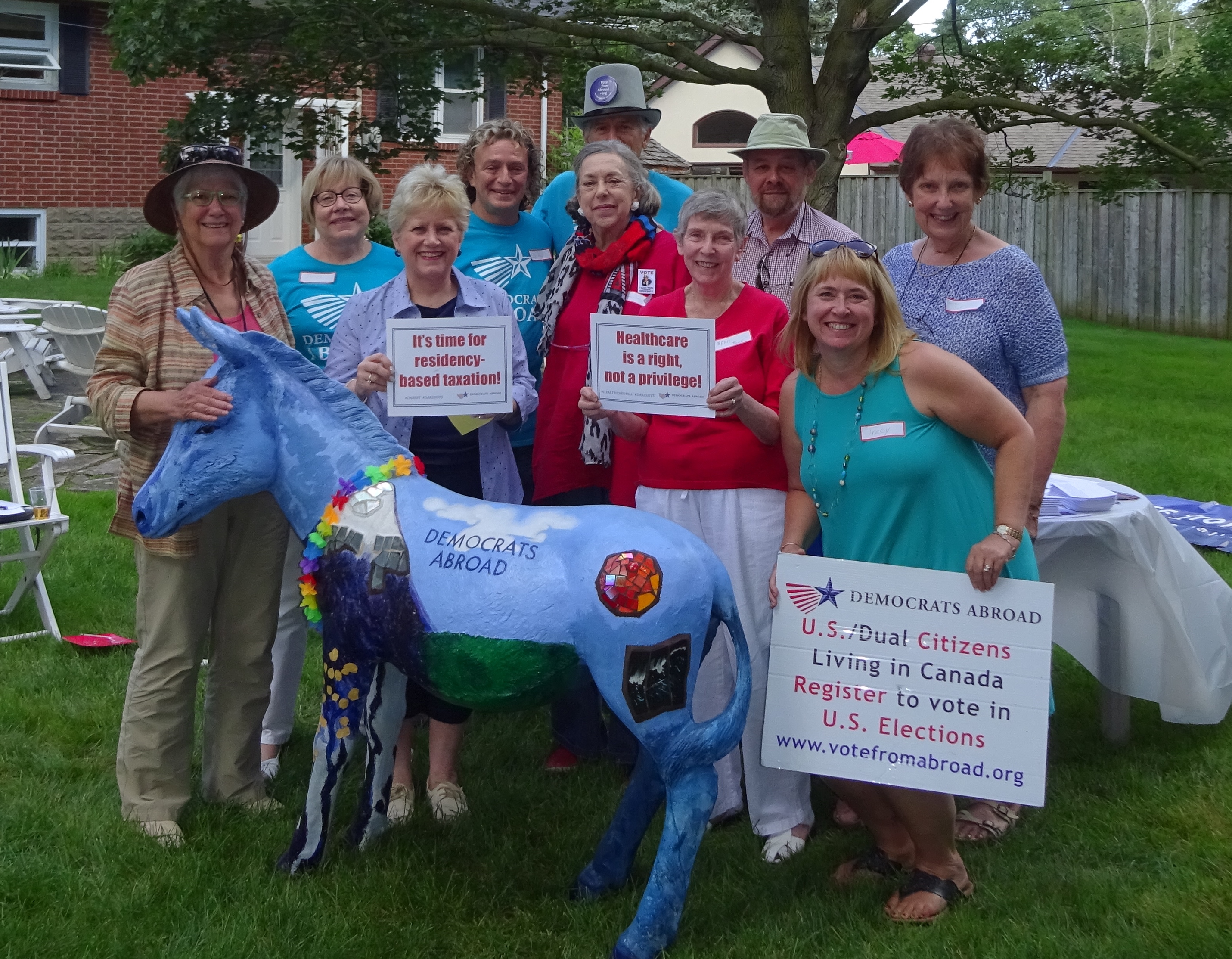 In Canada, “a dozen members of our Hamilton – Burlington – Niagara (Ontario) of our Democrats Abroad Canada chapter met to plan Resistance Summer activities. Members pledged to vote in the 2018 midterm and sent Resistance Summer postcards to their Senators and Congressional Representatives. They also sent postcards stating their opposition to any repeal of the Affordable Care Act and in support of Residency Based Taxation,” according to Ken Sherman, DA Canada Member, Delegate to the 2016 Convention and former International Chair.

Country Committees also used postcards to introduce DA to new members at events, and to reach out to more distant members by post to urge their activism and remind them that Democrats Abroad is active all year round – not just during election season. 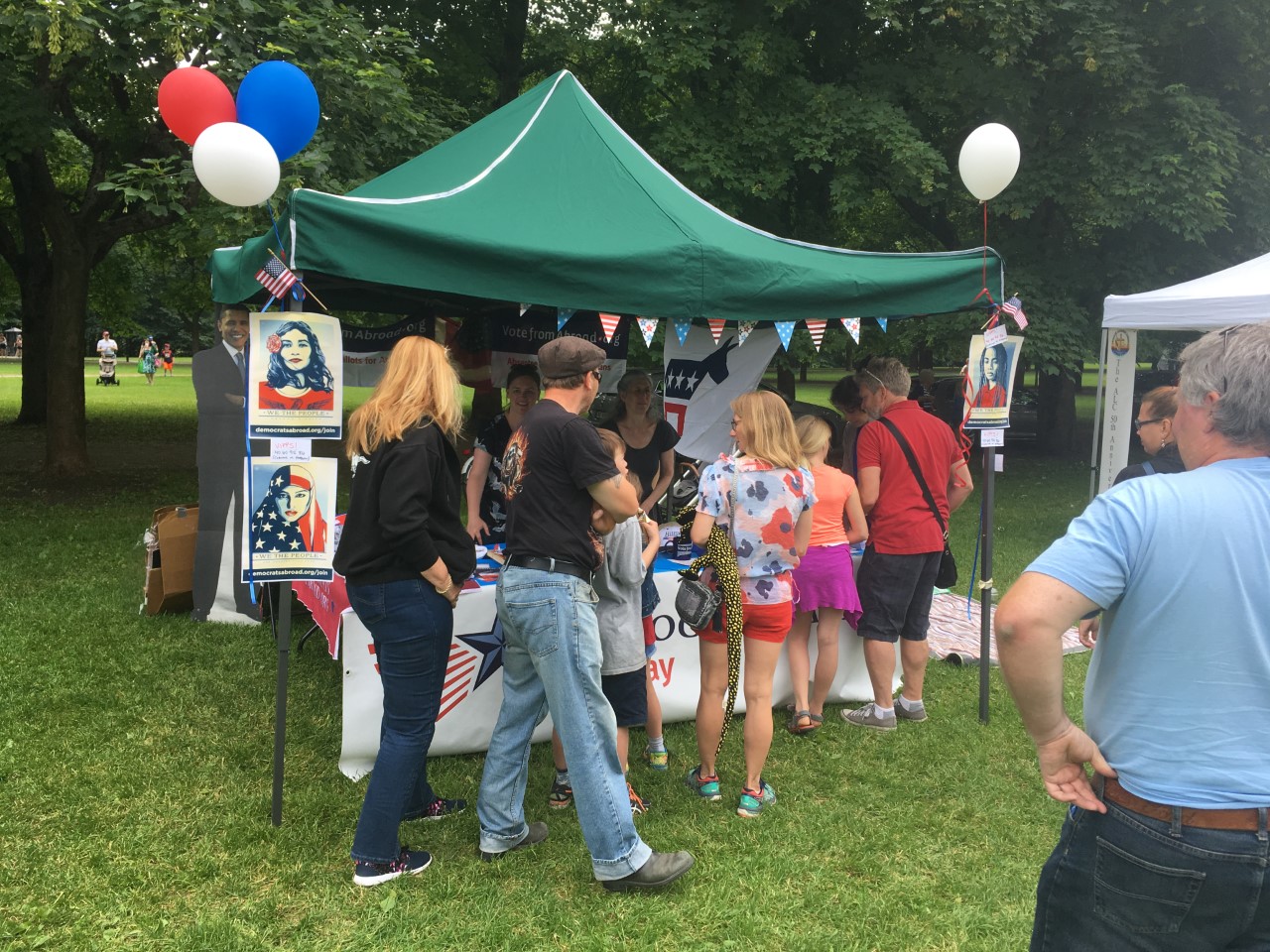 “Our first and largest postcard event coincided with the big Fourth of July picnic in Oslo. Folks were eager to contact their representatives. We shared a couple templates and helped people find their representatives' contact info. I couriered that batch to the states and mailed them the week before Trump’s healthcare plan was defeated. It felt great to know we contributed to that effort!” shared Audrey Camp, DA Chair, Norway. 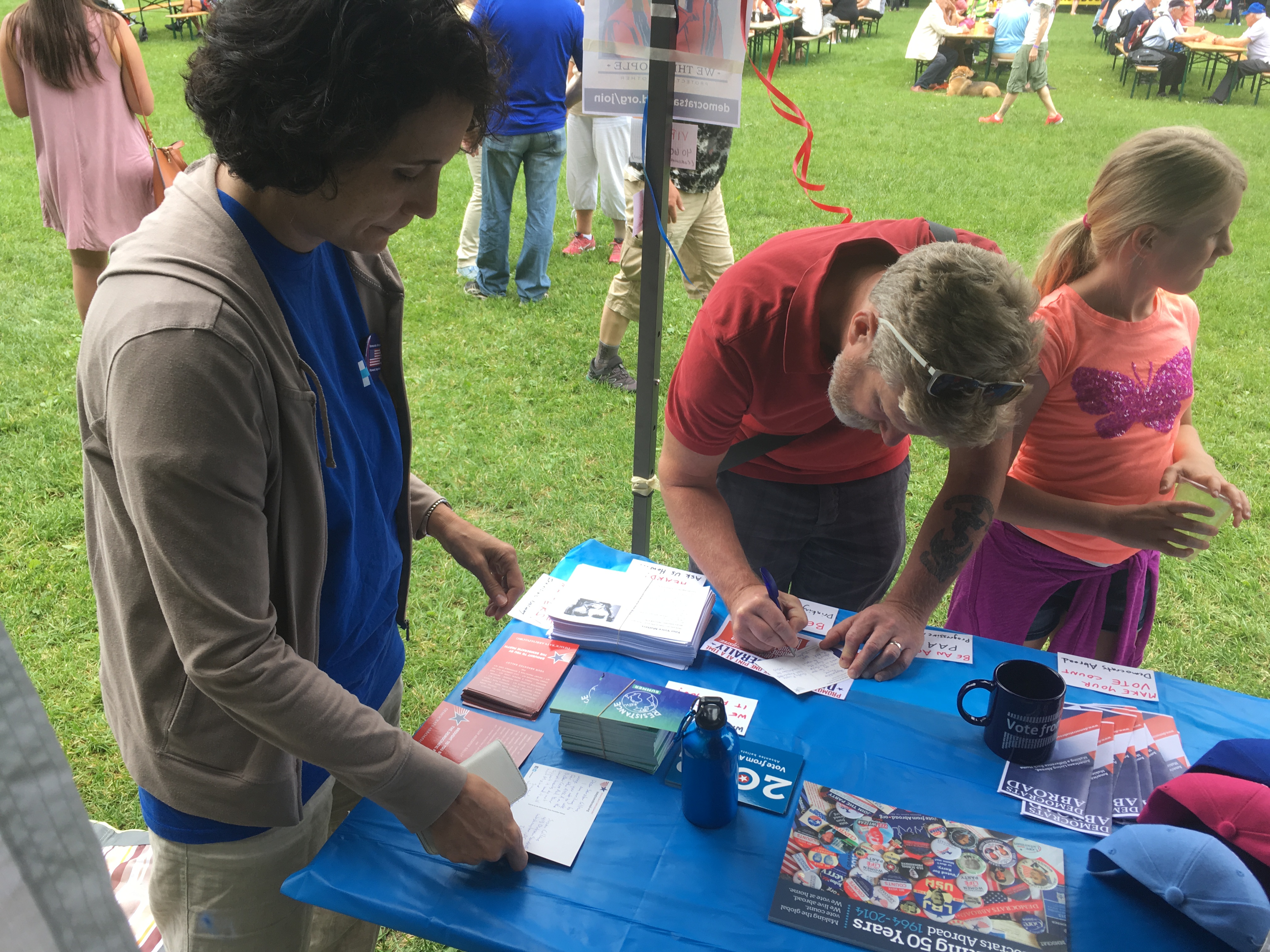 Resistance Summer fit in perfectly with the marches, vigils, and community building events DA Austria has held since inauguration, and the campaign has allowed us to push our efforts even further. Thanks to the grant, we’ve hosted multiple postcard-writing events – at our Solidarity Sunday, Timothy Snyder’s book signing, and a Young Dems Pub Night. And in August, we hung Resistance Summer posters around Vienna as part of our outreach effort to strengthen the Young Dems Caucus,” added Jennifer Rakow-Stepper, Chair of DA Austria. 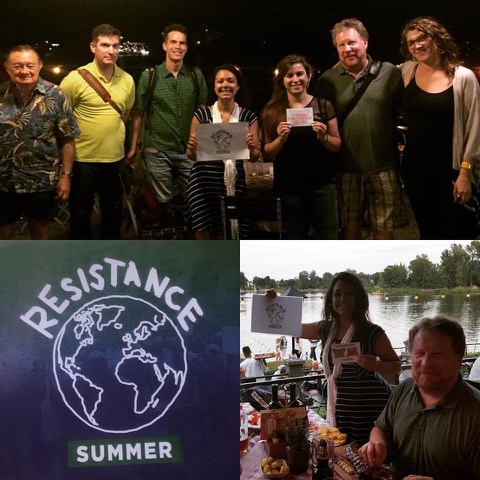 Other Country Committees used postcards to write thank you notes to donors, remind Virginia and New Jersey voters of the upcoming elections, and as handouts at various events. 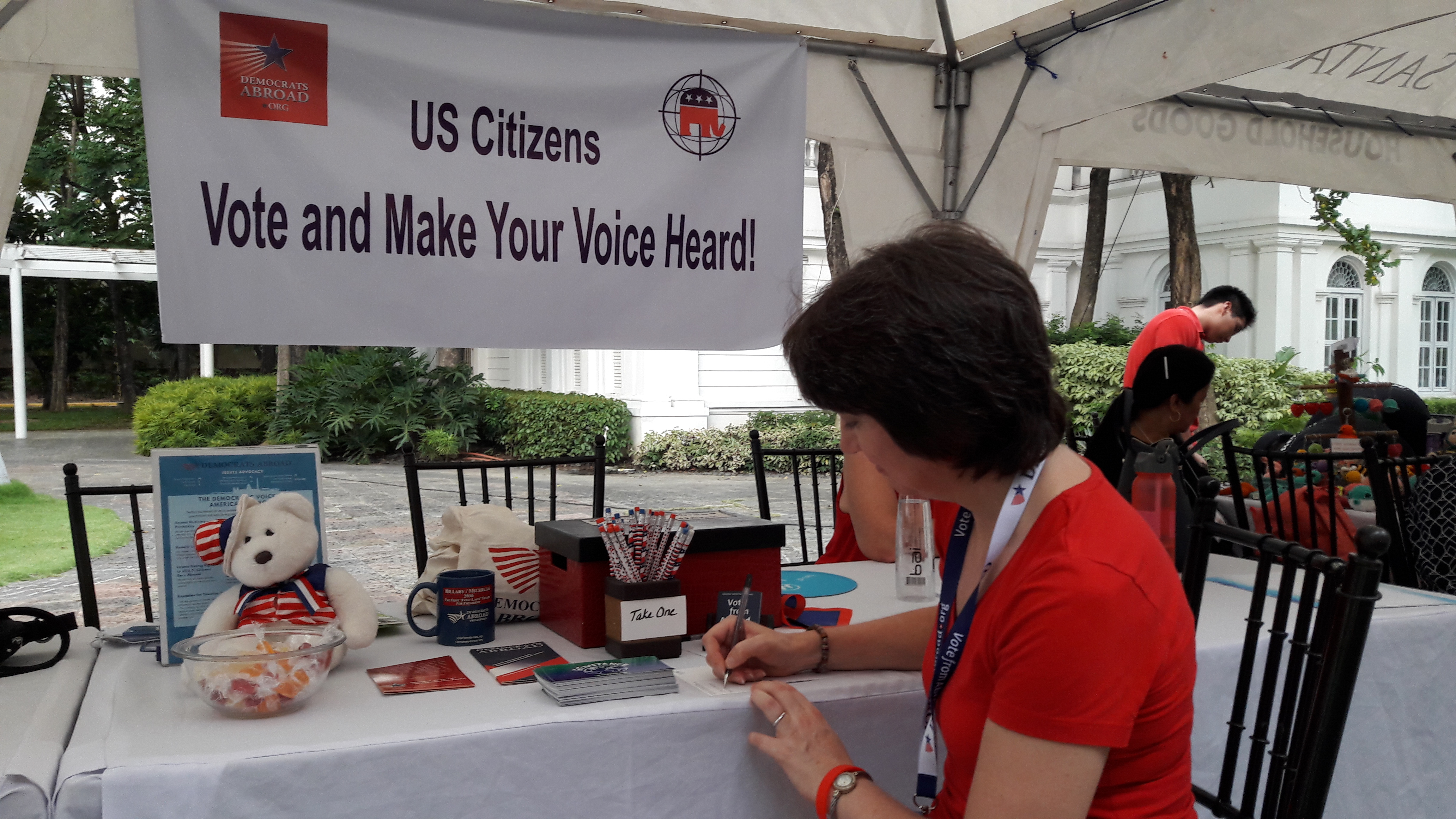 “The Philippines is a small country committee, with limited resources and availability among our volunteers. So we really appreciated that Democrats Abroad could fund so many postcards globally. It was the push we needed to take action! We handed out cards at this summer's Fourth of July event, distributed to members who couldn’t attend, and shared with our general members in August for further outreach,” said Lisa K. Pagkalinawan, DA Chair in The Philippines. 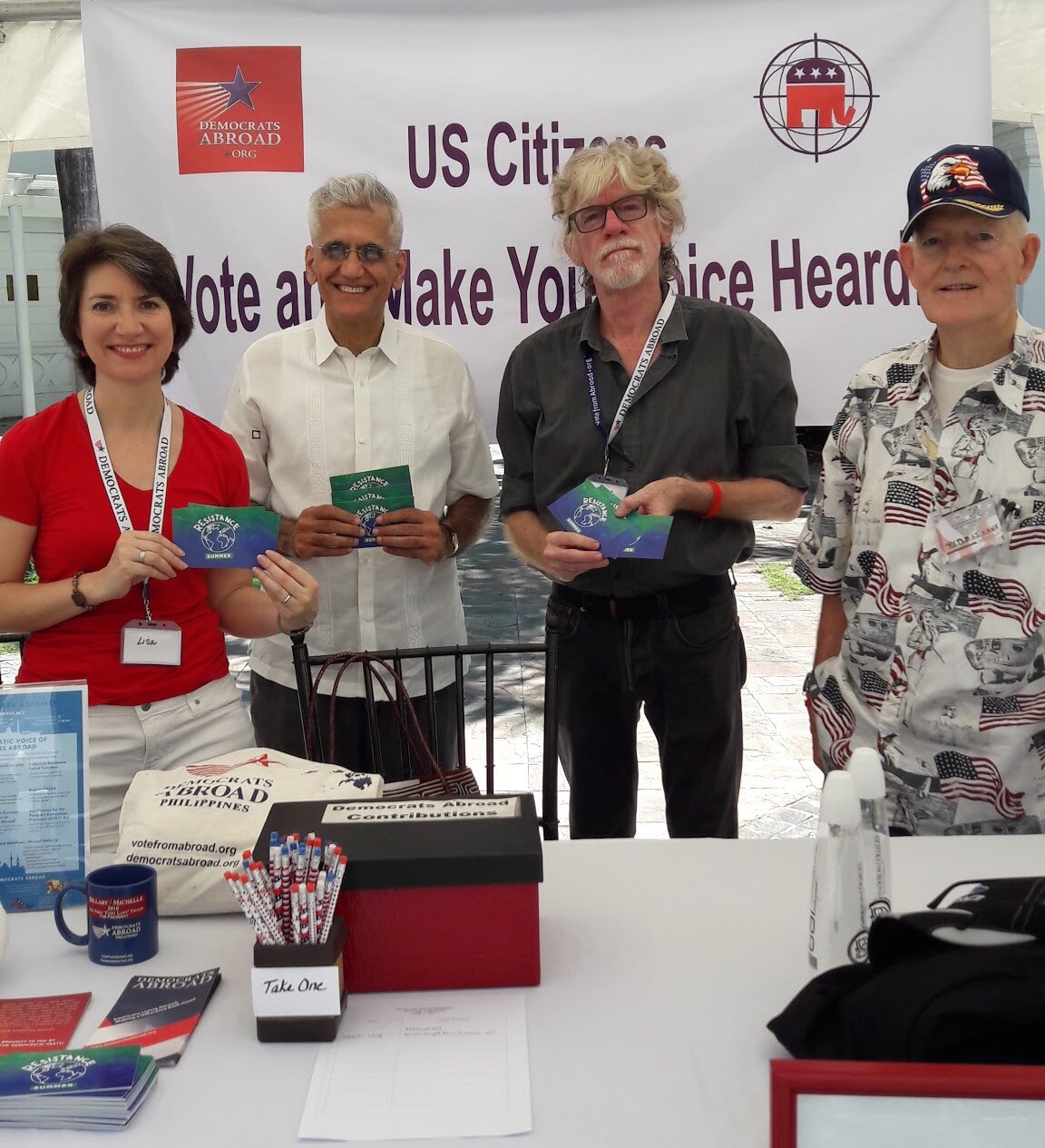 Kathy Rothschild, Chair of DA Costa Rica, and other members also hit the streets to spread news of their Resistance Summer efforts. “We’ve handed out postcards at events like the Pride Parade and July 4th, among others. I take them everywhere with me, including yesterday at the farmer's market – I found two expats.”

We’re inspired by our members and thank them for their continued efforts! As summer turns to Autumn, there’s no doubt that voices from the resistance movement are – and will continue to be – heard.