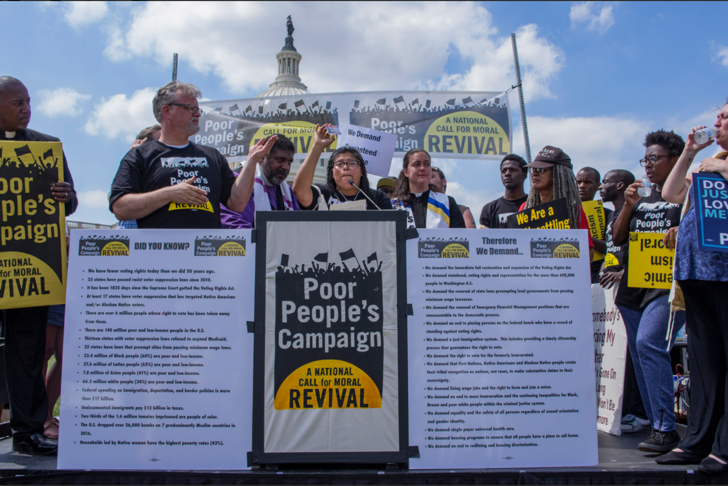 This progressive grassroots effort may interest Progressive Caucus members.  The Poor People’s Campaign is a “National Call for Moral Revival uniting tens of thousands of people across the country to challenge the evils of systemic racism, poverty, the war economy, ecological devastation and the nation’s distorted morality.”

With over 200 partners including Women’s March, Our Revolution, Democratic Socialists of America, CODE PINK, and many coalitions and groups working in peace, anti-poverty, veterans issues, anti-militarism, environmentalism, and faith-based groups.

PPC is holding a mass call to report on grassroots actions across the country and upcoming actions. The call is on November 28, 8pm ET (Eastern Standard Time). Register and more info at:

If you would like to be part of a ProDA team supporting the Poor People’s Campaign, please let us know by emailing us HERE.