Super Tuesday was just the beginning! 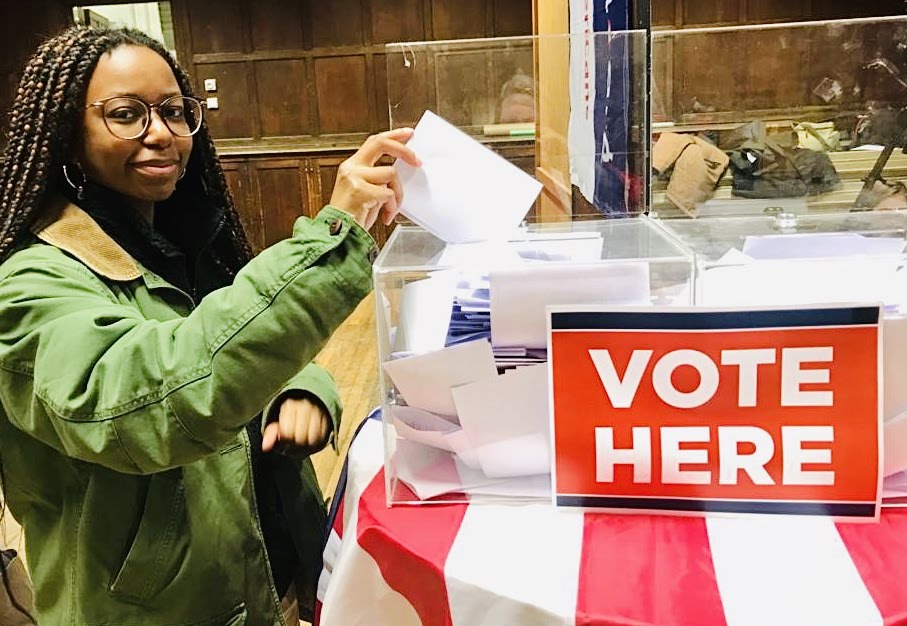 SUPER TUESDAY was just the beginning of the 2020 Global Primary in-person voting!

From March 3 through 10, Voting Center and ballot assistance events were open across France. DA France held twenty-eight events, of which ten events were held in Paris so that voters around the Paris region could cast their ballot - including for the first time ballot assistance events in the western suburbs of Saint Germain en Laye and Le Vesinet.

On Super Tuesday, we saw an outpouring of voters who wanted to cast their ballot for their preferred presidential candidate. In Paris alone, at the American Church of Paris, there was a 50% increase in voter turnout compared with 2016. Not to mention the thousands of votes that arrived via email, mail and fax through the end of voting on March 10! 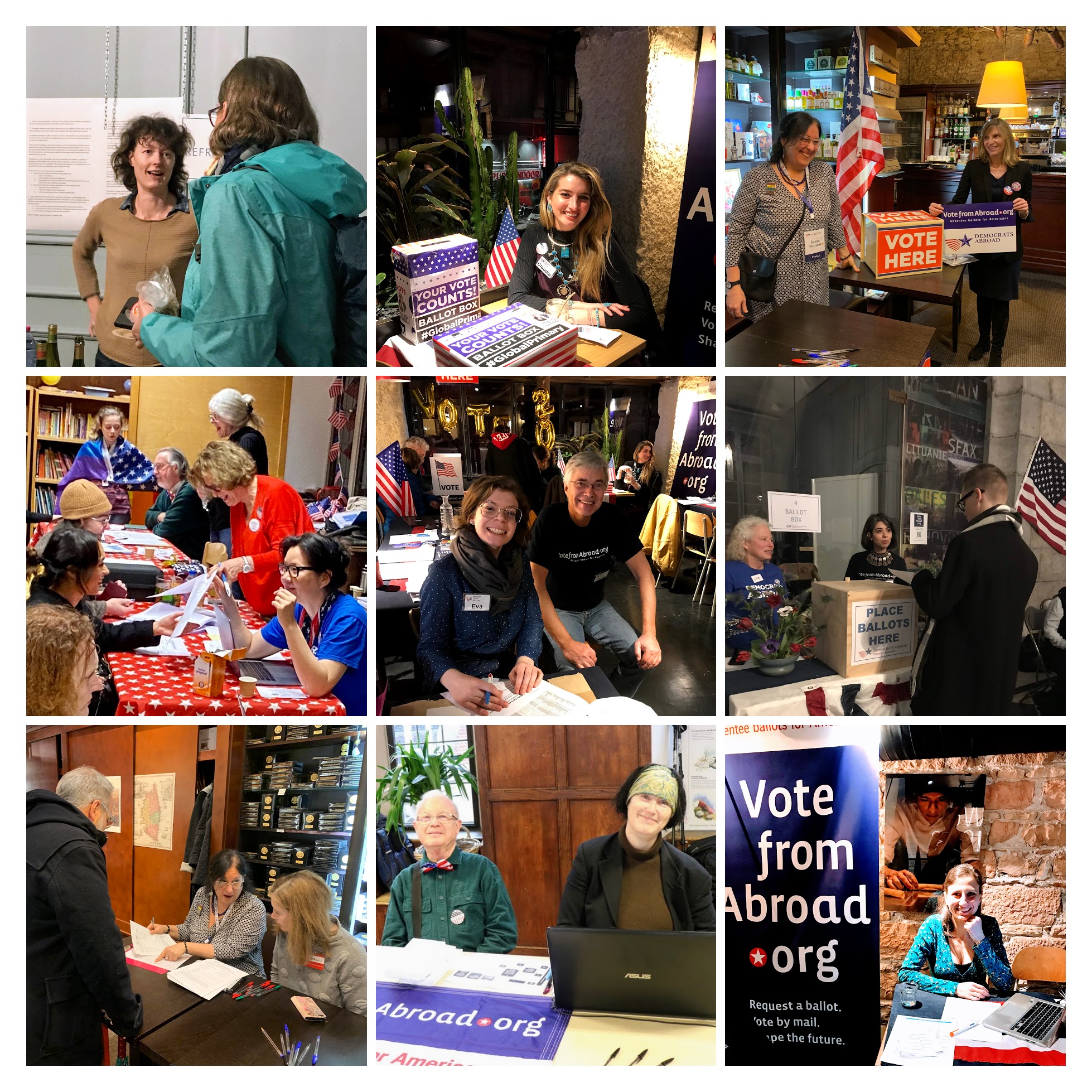 We want to thank the volunteers who helped SuperTuesday through SuperSaturday voting go so smoothly across France. And when the last vote is cast, the DAFrance leaders and voting center managers still had plenty to do to make sure that every vote is counted. Hats off to our leadership who have made this #GlobalPrimary week a success!

Many of you who are reading this blog may be among of our new members! Democrats Abroad France has had a 24% lift in membership since late January, driven by the keen interest in Democratic voters in France to be engaged in the nomination process. Having their vote carry up to 4 times the weight of a vote in their voting states, the excitement of voting in-person during this critical presidential election year, and having their ballot counted as a Super Tuesday vote, no doubt drove the unprecedented interest by voters abroad...in France and around the world!

If the outpouring of interest both abroad and in the US is an indication of the mobilization possible among Democratic voters, we can win in November! Stay engaged! Would you live to get involved in our Get Out the Vote efforts in 2020? Fill in our Volunteer form! 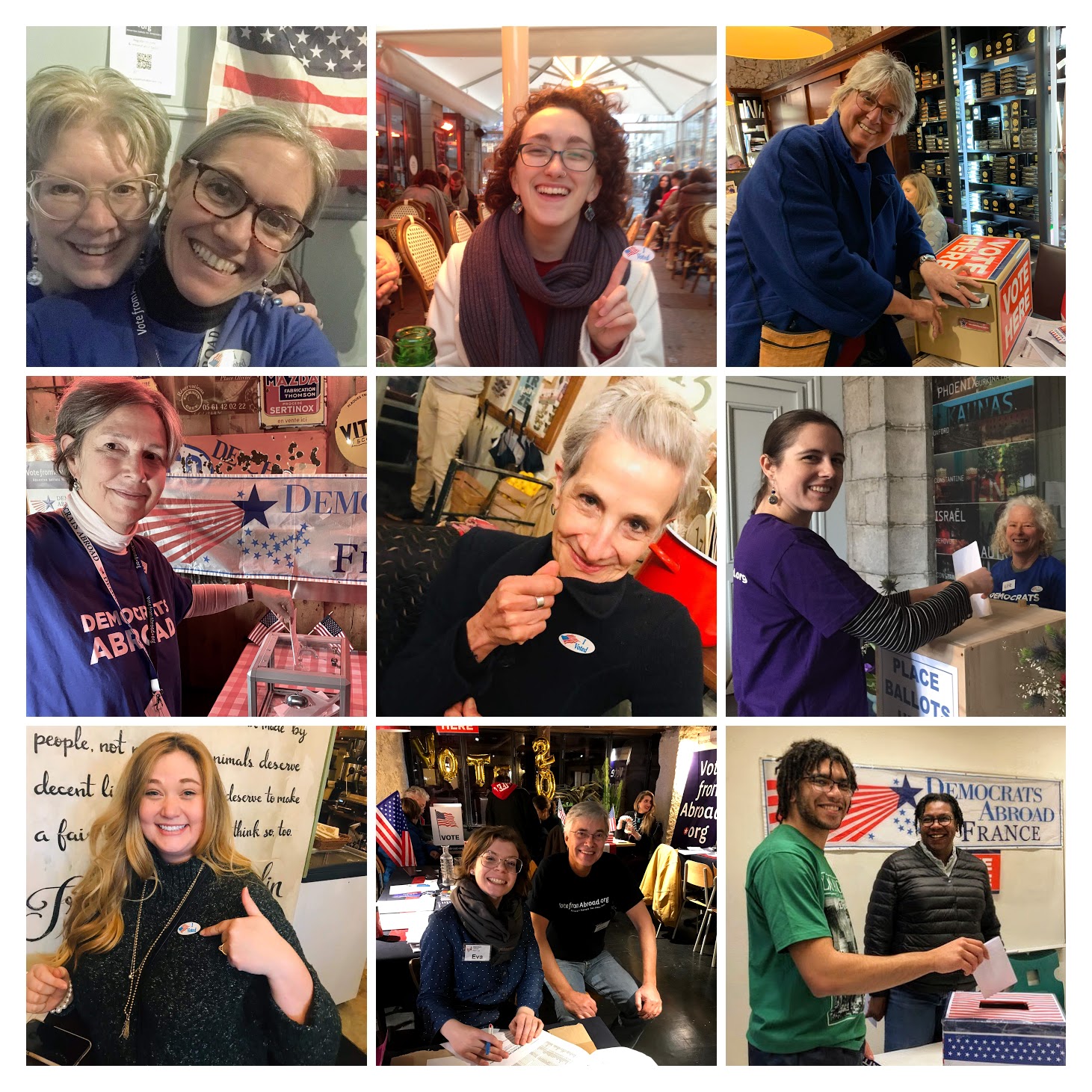 Thanks to the photographers who captured these moments...and many others! Paris: Meagan Lopez, Melissa Short; Lyon: James Colburn; Nice: Robert Flores