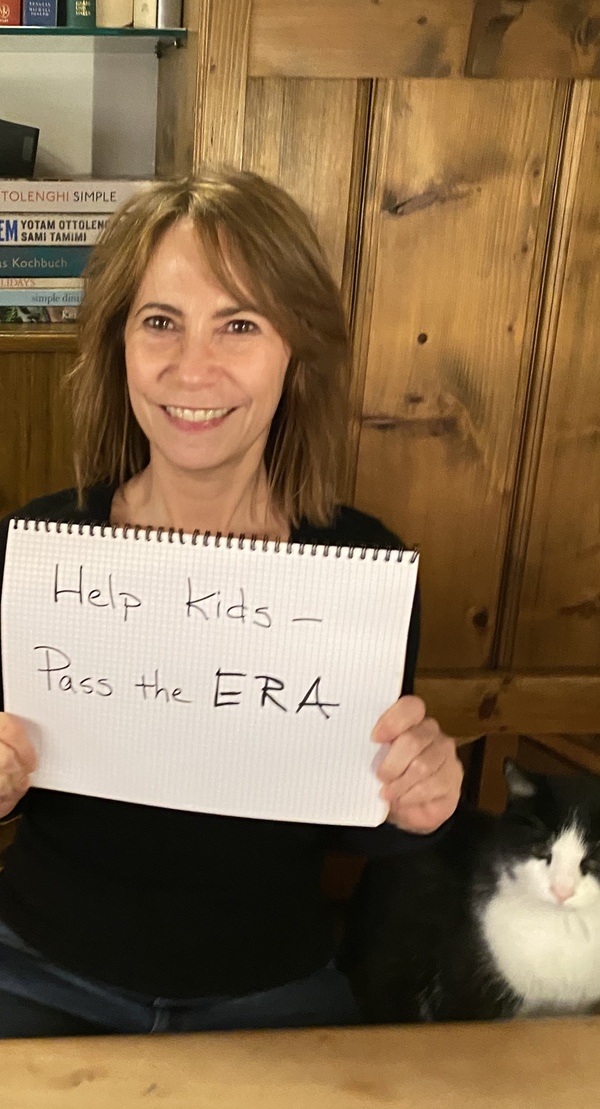 Why is the ERA important to me? Well, in America, nearly 60% of poor children are living in single-mother families. I‘m married ,and my children have never experienced poverty. But I can‘t say that for too many kids in America. I‘ve lived in western Europe for nearly 3 decades, and other countries take steps to keep most children out of poverty. America does not, and one reason has to do with the gender pay gap. When the Equal Pay Act was passed during the Kennedy Administration, women earned 59 cents for every dollar earned by men. The gender gap has persisted — it’s nearly 60 years later, and women now earn 75 cents for every dollar earned by men, and lower if the woman is non-white. Many of these women are mothers, and this pay gap contributes to impoverishing their children. An Equal Rights Amendment will give working mothers the legal recourse to end this practice. Rights eclipse legislation, because while politicians can change laws with a majority vote, they cannot change rights. Passing the ERA won‘t change practices overnight, but women can begin the process of establishing symmetry in the workforce. It‘s important to me to end child poverty, and giving working mothers the legal standing to demand fair wages is one tool to fix that. Tanya Lolonis Residing in Austria, voting in California