Back to School, Differences in the US vs. Europe

In the US, back to school season generally conjures up thoughts of school shopping, sports tryouts, and a sigh relief for parents. But as with all things, COVID-19 has changed the back to school season, too, with school shopping in masks or online for a new tablet rather than crayons and notebooks. Sports in many areas are canceled indefinitely. And parents, rather than breathing a sigh of relief, are more stressed than ever as they try to figure out how to work while educating their children from home--  with the burden most often falling on women. While American parents wrestled with the prospect of in person, hybrid, or virtual learning (decisions t often reversed days later to virtual only studying), European kids have largely returned to the classroom in person. 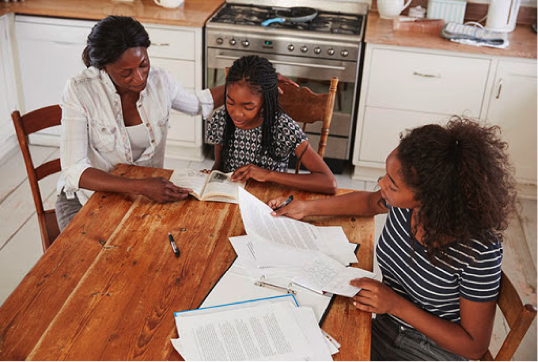 In much of Europe, students are assigned “bubbles” or “cohorts” to ensure limited contact, and schools have instituted staggered start and pick up times to ensure parents are not congregating in large groups during these times. Some countries hired more teachers to allow for smaller class sizes or opened more areas (outdoors, libraries, gyms, etc.) as classrooms to allow students to spread out. Hygiene measures are in place and localities have contingency plans for local outbreaks.

This isn’t the stuff of rocket science. So why are European kids returning safely (or as safe as possible right now) while most American kids sit at their laptops, working from home? Kathryn Edwards, a pediatric infectious disease specialist at the Vanderbilt University School of Medicine in Tennessee, said “The burden of disease in European communities is much less than what we’re seeing. Europe has controlled the outbreak in most places more effectively than we have.”

Simply put, Europe flattened the curve while the US did not. Across Europe, countries enacted different measureswith varying degrees of success, but in general schools and shops closed and strict lockdowns were imposed.

In US, the country’s crumbling health infrastructure and lack of national response contributed to high case numbers. European governments reopened slowly and only with sustainable testing and contact tracing in place with plans for local lockdowns if required. In some regions in the US, there are still issues with getting tested or having to wait too long for test results, and contact tracing is not frequently practiced.

Essentially, Europe reached that all important goal of flattening the curve that allowed for schools to reopen and the economy to begin to recover. The US pushed for the economy over schools or public health, ultimately leading to more dead and a still faltering economy with schools as a distant after thought.

This didn’t have to be the reality. Kids in the US could be in school. As we cast our ballots this November, we must hold Congress and the President accountable for the inaction that ensured our children are substituting Zoom calls for critical, in-person learning and social interactions.