If the Senate Turns Blue in Georgia, We Can Go Green 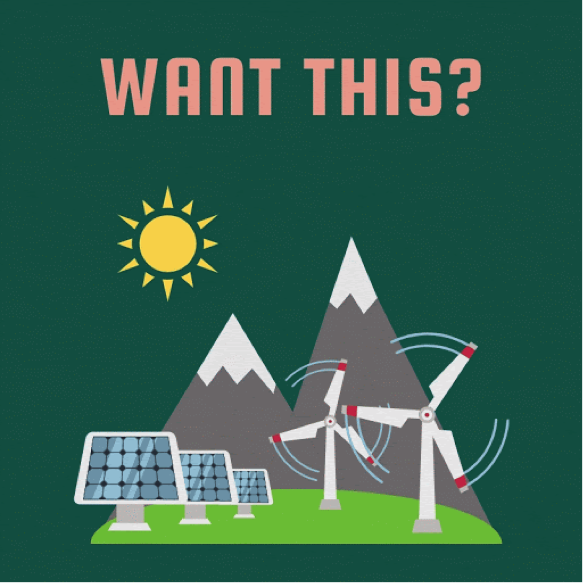 Recent headlines praised Joe Biden for “stock[ing] his transition teams with climate experts.” Activists andeditorial boards alike wasted no time in demanding that Biden, and Kamala Harris, make climate their top priority. There can be no doubt on this point - swift and sweeping climate action is necessary and urgent for the new administration. Back in December 2019 (roughly 1200 years ago), The Sunrise Movement gave then-candidate Joe Biden’s climate plan a straight-up F (an F minus, to be completely accurate). 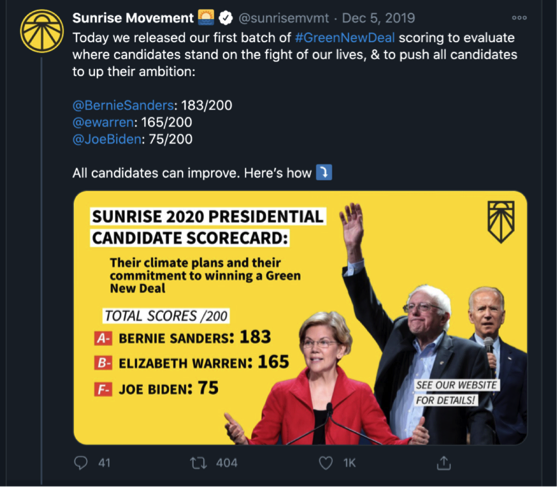 Greenpeace USA gave him a B, which eventually increased to a B+ after he signed the No Fossil Fuel Money Pledge, and released plans for Environmental Justice, Clean Energy, and Tribal Nations. Sunrise eventually praised elements of Biden’s plan, and campaigned for him (not shocking, considering Donald Trump’s horrifying environmental legacy).

Biden’s increasingly strengthened commitments to climate action would never have (arguably, could never have) happened without the activists who put their talents and energy into designing and demanding the most progressive climate platform from a candidate in the history of the Democratic Party (a low bar, to be sure). And much of this plan will not be implemented as policy, nor codified as law, if we stop pressing the Biden-Harris administration to do as much as possible, as quickly as possible. Despite the pandemic, understandably dominating our attention and our headlines, climate change remains the biggest threat to our lives and livelihoods. Just like the pandemic, the climate crisis falls disproportionately on marginalized communities and people of color. It will take the concentrated power of the new Democratic administration, across every department, to move at the scale necessary to blunt the worst effects of climate change, and address the already devastating impacts.

This agenda will be more successful, and lasting, if Democrats take control of the Senate -- which they can only do by winning both seats in the upcoming runoff elections in Georgia. Biden can and must leverage all of the power of the Executive Branch, however the US also needs federal climate legislation, which requires Congress; Congress hasn’t passed a climate change law in more than 30 years (yes, you read that right). Mitch McConnell and a growing cadre of obstructionist, climate-denying Republicans have blocked any meaningful legislation, all the while doing everything they can to help fossil fuel companies profit at the expense of our futures and our planet.

This could change if Democrats win the two Georgia Senate seats. With Kamala Harris as the deciding vote, Democrats will have their first Senate majority in almost a decade. The House has already passed resolutions dealing with climate change, and a Democratic Senate could pass those resolutions swiftly to craft binding legislation. For instance, Congress could pass a truly green covid relief package, and infrastructure bills could be drafted with climate change at the forefront, meaning that real legislation to implement a Green New Deal is possible, especially when U.S. citizens demand it.

There is never a “last chance” on climate - every molecule of greenhouse gases not released into the atmosphere mitigates damage, but there is absolutely no time to waste, and no room for half measures. The incoming Biden-Harris administration has a tremendous responsibility to implement fair and effective climate policy, and a tremendous opportunity if Democrats win the Senate majority. Republican control of the Senate has arguably been the biggest hindrance to climate action in the United States in the past forty years. If Democrats control the Senate, the harmful consequences of damaging climate policy may actually be alleviated, and an environmental program, that serves to protect everyone, can finally begin. Read on to get involved in the runoff efforts!

Are you a Georgia voter? Then you must vote in these crucial runoffs to ensure that the Biden-Harris climate agenda has the best chance of success. Here is all of the information you need to register ASAP! (The deadline is December 7!), and request and return your ballot.

Do you want to volunteer from abroad to elect Reverend Raphael Warnock and Jon Ossoff? Those links will take you directly to their websites, where you can sign up for virtual opportunities. You can always follow, like, and share their social media (here’s a great tweet with an incredible ad from Reverend Warnock, as a suggestion). Or you can sign up with the New Georgia Project (Democratic Superstar Stacey Abrams’s organization), Black Voters Matter, and Fair Fight Action to help turnout voters in January.