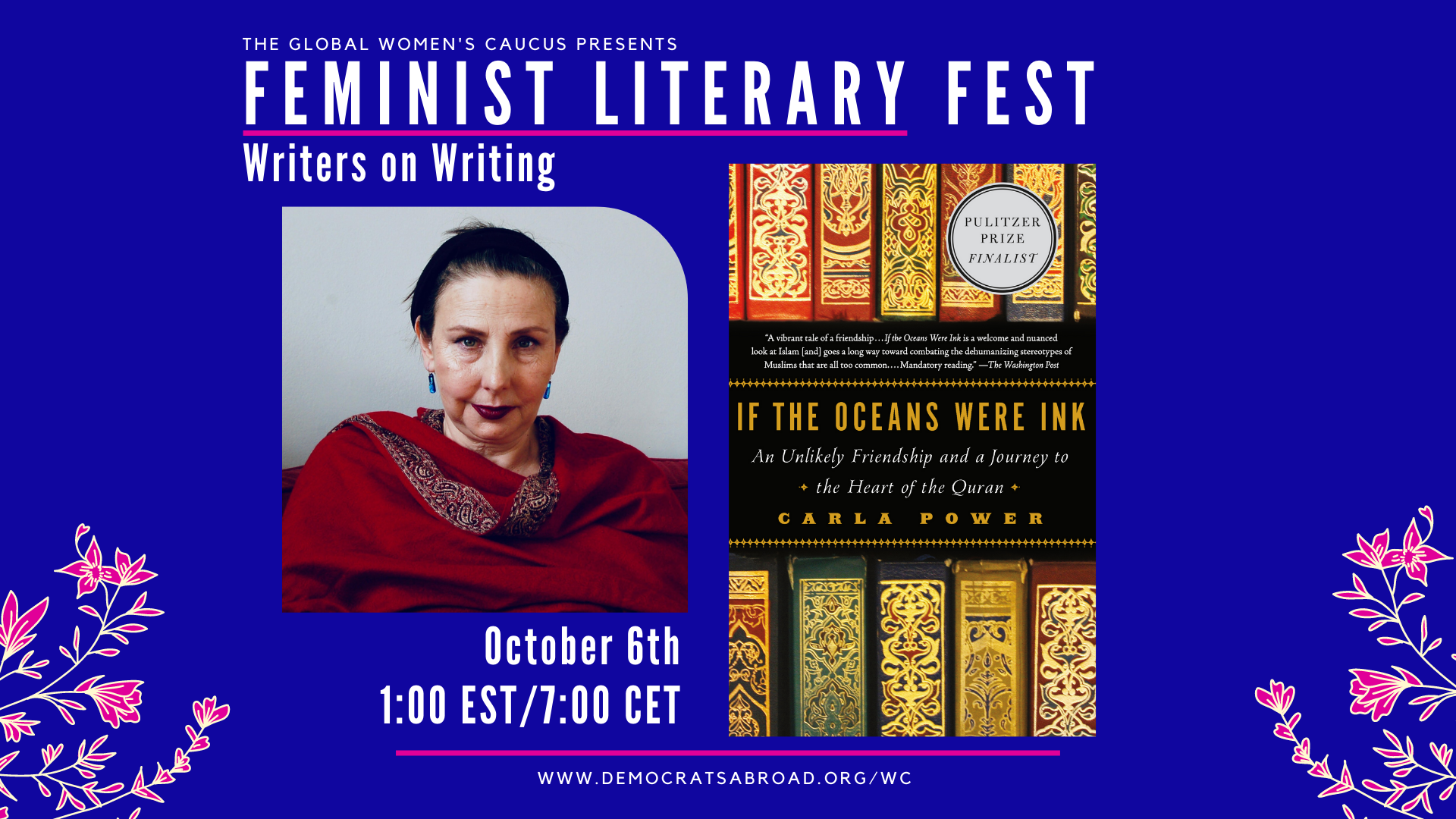 Carla Power is a journalist and Pulitzer Prize and National Book Award finalist for her book If Oceans were Ink. She is an expert on Muslim feminism and is now working on a biography of the Muslim feminist scholar, Amina Waldud.  Her latest book focuses on the roots of radicalization: what draws people to radicalism and the controversial field of deradicalization

Ms. Power is a voice to be heard on a subject—   Muslim feminism—  that few people grasp in its totality. An American who grew up in both the Midwest and the Middle East, Power speaks to the relationship between Muslim and non-Muslim societies with nuance and compassion. Whether speaking on the history of feminism in Islam or 21st century deradicalization tactics, she employs a fresh perspective to destroy long-held myths, to open minds, and reveal startling connections between worlds that often seem hopelessly divided.

Anne Kraatz (pictured above) has a Doctorate in History from the École Pratique des Hautes Etudes. Author of several books on the history of commerce, textiles and fashion, she is also a specialist in American political issues and relations between Europe and the United States. Anne Kraatz is also Senior Fellow of the Open Diplomacy Institute.