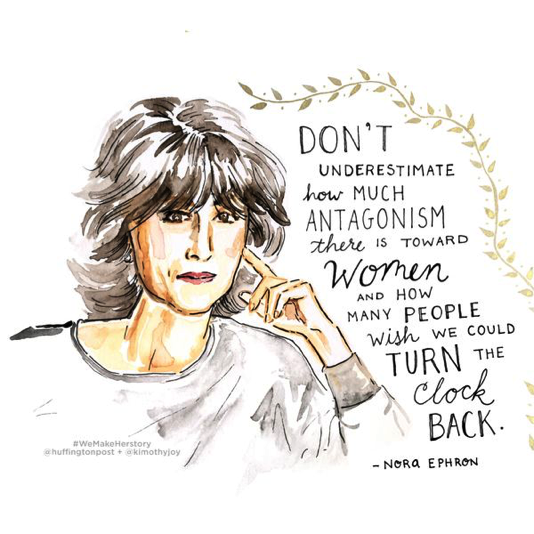 That these women have stood in the light of public knowledge and recognition is both right and deserved. The issue lies in the shadows, in all the impressive stories that have taken too long to be told. One such story is that of Katherine Johnson, the NASA mathematician whose calculations of orbital mechanics were critical to the success of US spaceflights from the first lunar missions onwards. Katherine remained largely unknown until she was 98 years old, when the 2016 film Hidden Figures publicized her place in history. She died on February 24thof this year, no longer a ‘hidden figure,’ albeit far too late.

THE BRIGHT SIDE OF HISTORY: HERSTORY

Though some stories like Katherine’s have undoubtedly been lost to patriarchal silence, second wave feminism ignited a movement to ensure and amplify women’s voices in history. Beginning in the late 1960s, US institutions began offering women’s studies courses. These grew quickly with dedicated programs jumping in number from 276 in 1976 to 680 in 1999.[ii]

Beyond university curriculums, the latter decades of the 20thcentury saw a sharp rise in women’s civic activities. Since that first national Women’s History Week was proclaimed in 1980, it’s perhaps no surprise that more women have been registered to vote than men. Indeed, according to the Center for American Women and Politics, the proportion of eligible female adults who voted in presidential elections since 1980 has exceeded the proportion of eligible male adults who voted. The same trend has held true for non-presidential elections since 1986.[iii]

To celebrate the centennial of the 19thAmendment – ratified on August 18th, 1920 – the National Women’s History Project has adopted the theme of “Valiant Women of the Vote” for the 2020 Women’s History Month.[iv]Among those valiant women are those who today report to the polls, in larger proportion than men.

The delay with which women’s accomplishments find their way into historical narratives has fundamentally shifted. From politics to sports and every realm in between, history now includes pioneering women even as they continue to write their stories. Indeed, shorthand names like RBG, AOC, Malala, Greta and Serena are so widely recognized and lauded, they can stand alone; the women they refer to require no introduction.

Beyond the more immediate inclusion of notable women in the accounts of their times, there is also an energized appetite to hear their stories. For instance, Hillary Clinton’s memoir of the 2016 elections What Happenedsold 300,000 copies in the first week of its release in September 2017 - the biggest first week for a non-fiction hardcover book in the five preceding years.[v]More recently, Michelle Obama’s memoir Becomingsold 10 million copies between November 2018 and March 2019, and is set to become the best-selling autobiography of all time.[vi]

As we celebrate Women’s History Month, tell the tales of the ‘hidden figures’ you admire – the world is finally primed to listen.