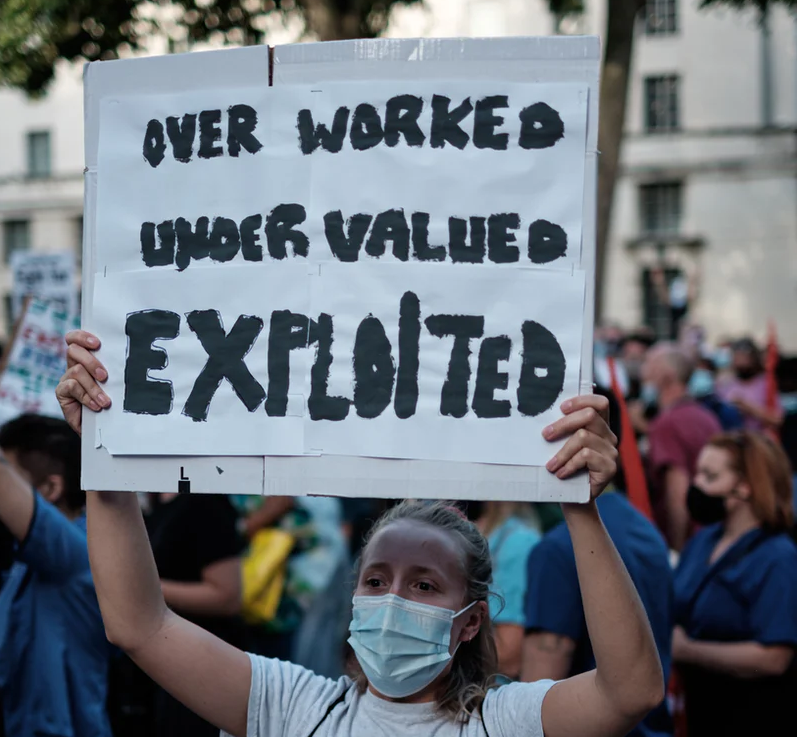 A number of legislative and labor initiatives are underway to improve work-related security for American women. While some broadly support all workers – and may in the short-term address issues brought on by the pandemic – they are especially critical for women, and have long-term potential to significantly reduce the earning gap, increase bargaining power and improve the ability for women to stay in the workforce longer. Last month, we focused on the movement to increase the minimum wage. Now we look at how a renaissance in the labor movement is increasing the ability for labor unions to represent the interests of women.

Labor Unions as part of the women’s equality movement

Under President Biden, labor unions are receiving much needed support. For Secretary of Labor, the president chose Marty Walsh, the first secretary since the 1970s with a labor union background. In his first major interview after being sworn in as secretary, Walsh made clear that inequality would be his focus in the department: “We have a unique opportunity when we talk about recovering from covid-19 to be able to really focus on the issue of systemic racism, also inequality, gender inequality and all kinds of other types of inequality.”

Walsh’s support of workers’ rights includes the right to form a union. An important aspect of work-related security, according to the UN’s International Labor Organization, is the worker’s right to representation. Since the Great Depression, labor unions historically played a major role in protecting the worker, advocating for better pay and benefits as well as better working conditions. But in more recent decades they have lost significant influence.

In 2021, labor unions are re-emerging as possibly another important tool to improve work-related security for women; support is growing, at all levels of the workforce. In early January, more than 600 employees at Google, where the average income is $200,000, created a new union called the Alphabet Workers Union, with support of the Communications Workers of America, in part to reshape the company’s culture. One of the main concerns the union will address is the treatment of women and minorities at the tech company.

Meanwhile, at an Amazon warehouse in Bessemer, Alabama, 5,800 workers, who start at around $15.00 per hour, are currently voting on whether to unionize. Union officials estimate that 85% of workers at the warehouse are Black and a majority are women. For its part, Amazon tried first to avoid and then to delay the vote, despite Amazon workers in Europe mostly being unionized. Many see working conditions, especially around productivity targets, as unusually harsh and hope a union can better represent their interests. Voting continues through the end of March.

Perhaps a renaissance of the labor movement, coupled with passage of key legislation in Washington such as the Raise the Wage Act and the Family Leave Act, will improve the economic security for women over the next few years. We will continue to follow these developments and look forward to sharing positive updates.