The 2020 Global Presidential Primary Results Are In! 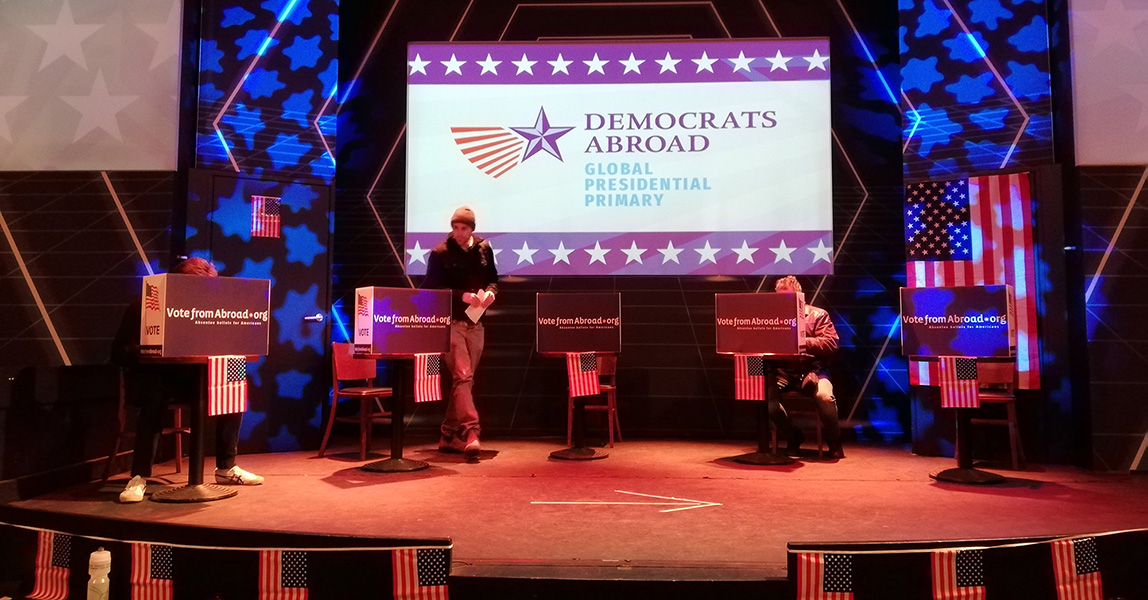 Democrats Abroad, the official international arm of the Democratic party, today announced the verified results of the Global Presidential Primary:

“Americans abroad have spoken, and they’ve done so in higher numbers than ever, despite the challenges of Covid-19,” said Julia Bryan, Global Chair of Democrats Abroad. “I’d like to congratulate all of our volunteers and leaders for helping voters participate - either remotely, or in voting centers, and I’d like to thank the voters in 180 countries who cast their ballot in our largest-ever Global Presidential Primary.”

This is the highest turnout that Democrats Abroad has seen in a Presidential primary, up more than 15% from 2016. Sanders also received the most votes in the 2016 primary against Hillary Clinton (23,779 votes to 10,689, respectively).

“Americans abroad are consistently a very blue voting bloc, and the turnout we’ve seen during the primary, as well as in voter turnout of general elections in 2016 and 2018, reflect that. Our voters believe in affordable healthcare and education, and a government that looks after its people -- both those citizens at home and abroad,” added Amanda Mohar, Communications Director. “When it comes to our 2020 efforts, the focus now turns to readying the thousands and thousands of other blue voters around the world to request, receive and return their ballot for the general elections.”

All Americans residing outside the United States may run for a convention delegate position, provided they are 18 or older by November 3, 2020, are Democrats Abroad members and do not participate in any other US presidential primary this year. The submission form to become a delegate will be available at democratsabroad.org beginning March 24.