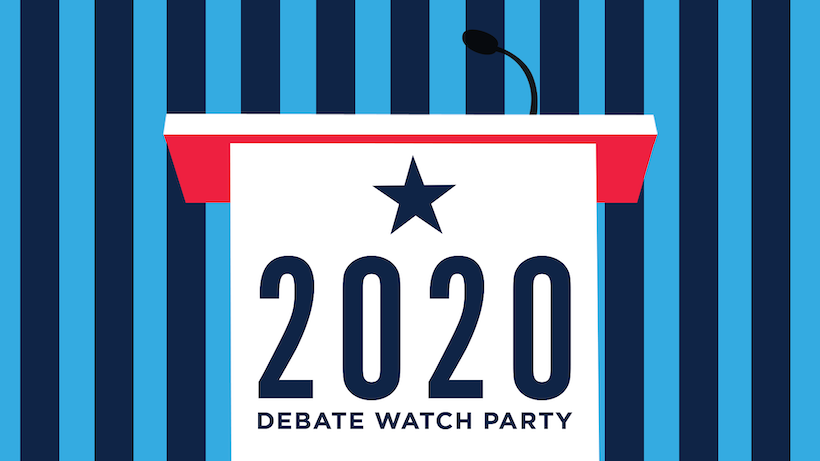 The first Democratic presidential primary debate will take place June 26 and 27, and Americans will be tuning in from around the world, both live and in the days following the debate. We have more than 50 events lined up, so come join one of our watch parties!

Can't make it in-person? Play along with our debate watch bingo when you watch from wherever you are.

>> Read about the work Democrats Abroad is doing ahead of the 2020 Primary.