“I think that every candidate for public office should take their lead from the people in their community. That's what being a representative is all about.” 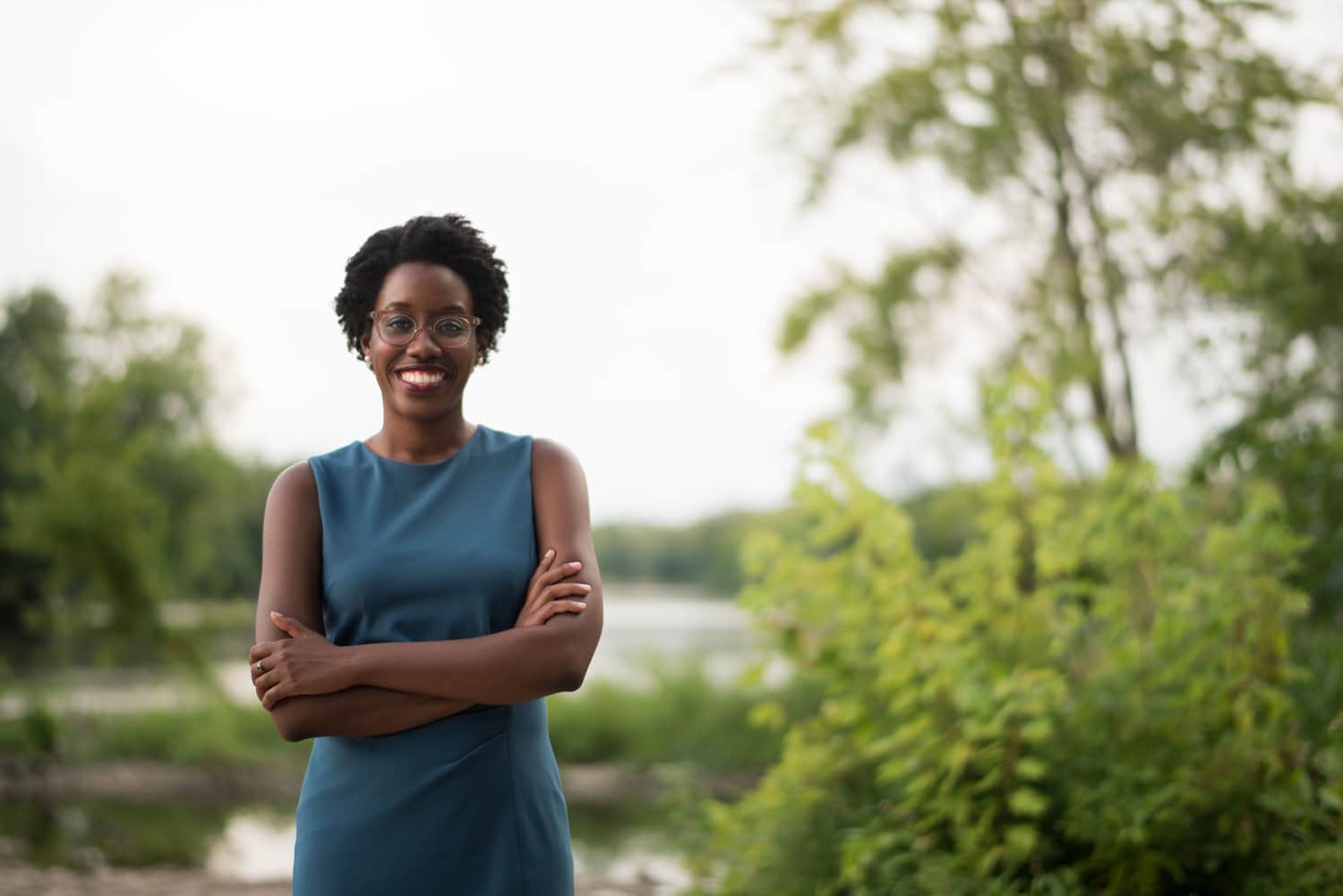 Lauren Underwood is a registered nurse from Naperville, Illinois, running for a second term to represent Illinois’ 14th Congressional District. She holds two master’s degrees from Johns Hopkins University and worked in the Obama Administration as a senior advisor at the U.S. Department of Health and Human Services including work with the Affordable Care Act. After the 2016 election, she returned to Naperville and worked for a company that provided managed care to Medicaid beneficiaries in Cook County.

Lauren embodies the “blue wave” that surged onto the shores of US politics during the 2018 midterm election and is building for another resurgence this year. She is the first woman, POC, and millennial to represent Illinois’ 14th District. In 2018, she out-fundraised her incumbent Republican opponent 2-1 and ultimately defeated him with over 52% of the vote. And with her swearing in, she became the youngest black woman to ever serve in Congress.

First motivated to run by her former representative’s inability to stay true to his word after claiming that he would protect insurance rights for those with preexisting conditions, Lauren is running again to continue to represent the interests of her constituents.

In 2018, you ran on a platform that supported the ACA and lowering healthcare costs and ultimately unseated an incumbent Republican. Now, you represent a majority (86%) white, Republican-leaning district. What do you feel is the most important messaging for first-time female candidates to focus on when they’re reaching out to their constituent base?

Underwood: I think that every candidate for public office should take their lead from the people in their community. That's what being a representative is all about.

I ran for Congress in 2018 because my former representative made a public promise to his constituents. He told us that he would not support any healthcare repeal legislation that took away protections for people with pre-existing conditions. Two weeks later, when he returned to Washington, he broke that promise by voting for a bill that did the exact opposite.

Now, I'm not someone who believes I have to be in 100 percent agreement with my elected representatives all the time, but I do believe that when you make a promise to your constituents, you keep it.

As a registered nurse, a public health expert and a woman with a pre-existing heart condition, I knew that my community deserved better representation in Congress, and I believed that I could offer it.

I'm now a year and a half into my first term in Congress. I'm immensely proud of the work I've done for the people of Illinois' 14th District, including the passage of a bipartisan initiative to reduce the cost of insulin, the introduction of legislation to lower premium prices, and continued work to protect care for people with pre-existing conditions. And still, there is so much work to do to ensure that everyone in my community has access to the high-quality, affordable healthcare we all deserve. I would be honored to serve a second term in Congress to continue this vital work for my community.

Lauren initially ran on a platform of protecting the Affordable Care Act, legislating affordable healthcare, and promising to always put her constituents first. It’s a simple promise that countless politicians make, but Lauren’s truth is in her receipts: three healthcare-related bills signed into law in her freshman term in an exceptionally polarized political climate.

Lauren is also the co-founder with Alma Adams (NC-12) of the Black Maternal Health Caucus, established in 2019.

You’ve had two important bills signed into law since you became a Congresswoman (one lowered the price of insulin and one established mandatory medical screenings at the Mexican border). With colleagues, you’re currently introducing another piece of legislation, The Health Force and Resilience Force Act, which is inspired by Great Depression-era programs that put unemployed Americans to work. Looking ahead to the rest of this year, what do you see as a potential issue for the American people that isn’t currently getting much airtime, and what policy would you like to upgrade to meet that issue?

Underwood: First, I'm happy to share that I've now had three bills signed into law. In March, my colleagues and I introduced the bipartisan Commission on U.S. Medical Security Act to analyze the United States' dependence on critical drugs and medical devices that are sourced or manufactured outside of the United States. The bill became law as part of the CARES Act.

One issue that I'm particularly passionate about is maternal health. Let me tell you why it's important to me: when I was a graduate student at Johns Hopkins University, I had an incredible friend named Shalon. She was a Lt. Cmdr. in the United States Public Health Service Commission Corps and a CDC epidemiologist.

Shalon was so excited to be a mom, and she gave birth to her beautiful daughter Soleil in 2017. Just a few weeks later, Shallon lost her life due to postpartum complications.

The Black Lives Matter movement in the US has lit up the globe in recent weeks and members of Democrats Abroad are outraged and appalled at the continued rampancy of police brutality. What resources would you recommend to American Democrats living abroad who want to educate themselves on the history of the BLM movement, as well as be better allies to the Black American community?

Underwood: The last few weeks have been tough for so many of us. Personally, I have been in awe of the peaceful protests and calls to action from communities across my district, and I agree with them: enough is enough. For centuries, Black Americans have experienced racial injustice in so many aspects of life, including treatment by law enforcement.

On June 8, I was proud to join more than 200 of my colleagues in the Congress to introduce the Justice in Policing Act to create stronger systems of transparency and accountability in policing across the country, and safeguard every American’s right to safety and justice. The legislation would ban the use of chokeholds and carotid holds by federal officers, ban the use of no-knock warrants in federal drug cases and reform qualified immunity.

I encourage all Americans to familiarize themselves with this legislation and communicate their values to their representatives in Congress.

Get involved with supporting Lauren! Visit her website and follow her on social media for the most up-to-date information on the campaign: