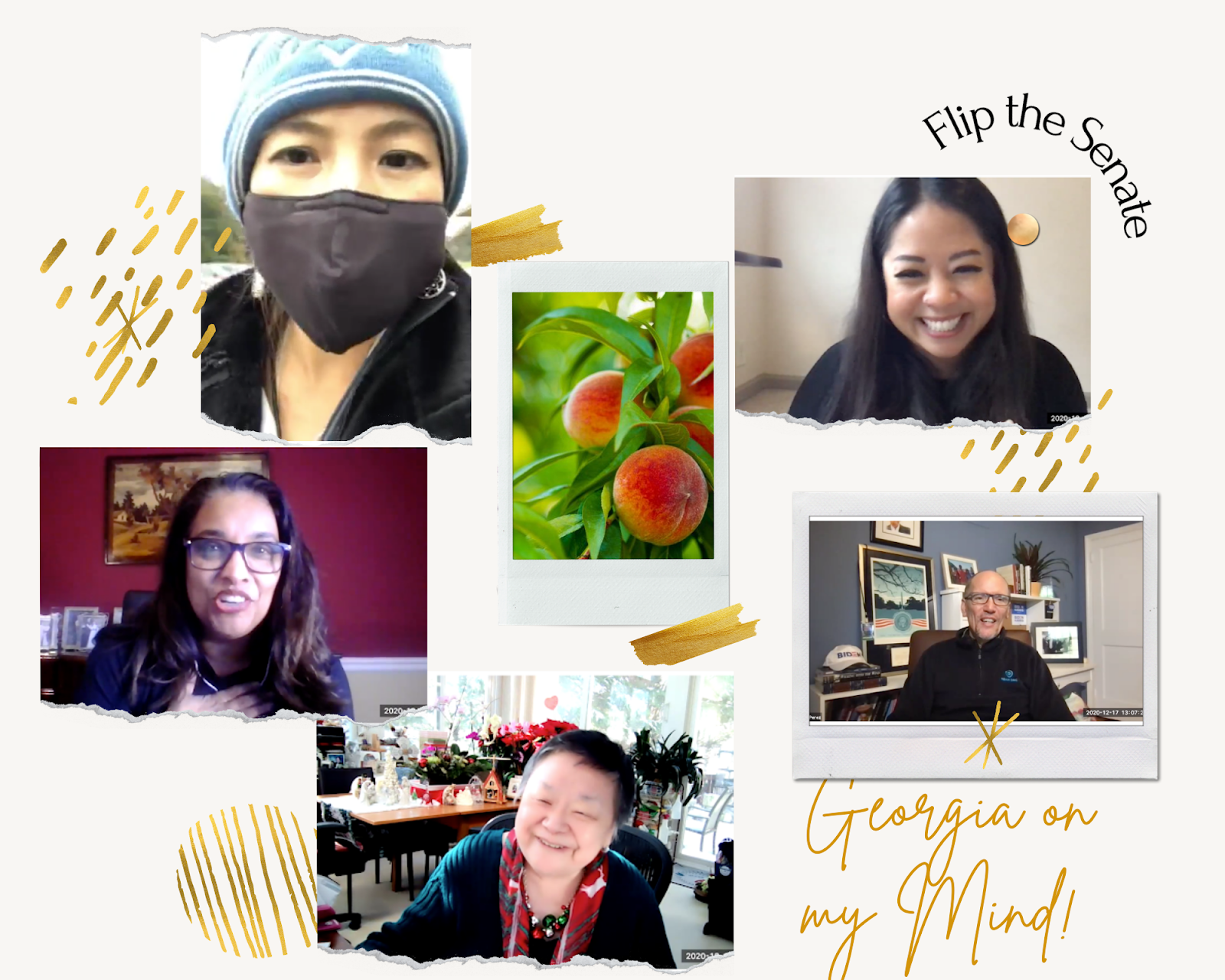 Asian Americans and Pacific Islanders (AAPI) are “moving from being the marginalised to the margin of victory” according to Vyanti Joseph, AAPI constituency and outreach coordinator for the Warnock for Senate campaign in Georgia.

In a panel webinar on December 17th, Ms. Joseph, along with DNC chair Tom Perez, DNC AAPI caucus chair Bel Leong-Hong, AAPI constituency and outreach coordinator for the Ossoff for Senate campaign Cam Ashling and AAPI coalition director for the Georgia Democrats Linh Nguyen, spoke with Democrats Abroad about the growing importance and influence of the AAPI community on local and national politics in the US.

Overwhelming turnout of the AAPI community during early voting was key to victory in the presidential election with major increases over their 2016 records.

“Chairman Perez invested enough money to help us organise and get our message out into our diverse communities. The results were outstanding in the November elections,” said Ms. Leong-Hong.

Ms. Nguyen agreed. “We had roughly 47,000 first-time Asian American voters in the state of Georgia, and this number is remarkable. Here in Southern states, the demographic shift is absolutely going to play [a role in] what we are going to see in January,” she said.

“We haven’t really seen the mainstream narrative that us as a community, we can actually be the margin of victory. This kind of visibility within our own communities is so remarkable, and is such beautiful storytelling, who we are as Asian Americans,” she continued.

Still, there remains a lot of hard work to be done in the days leading up to the senate run-off elections in January. Ms. Ashling highlighted the efforts of organisers to fight the “fake news that Democrats are communists and socialists” - a pivot issue important for many constituents in the AAPI communities.

Ms. Leong-Hong highlighted that Democrats abroad can help with donations and phone banking, especially for foreign-language community outreach. Resources to phone-banking in 15 AAPI languages have been transferred to support Georgia. But they still could use more help.

Ms. Leong-Hong ended the webinar on a hopeful note. The AAPI community is very diverse, but “there are some uniting factors. The issue of immigration, family reunification. ... We all care for education, economic empowerment. And a lot of AAPIs are small-business owners. We look forward to common ground and common purpose,” she concluded.