Becoming a VOTER PROMOTER is the easiest entry-level volunteer job in DA.  YOU decide the amount of time and effort you will devote to this effort.  Tell your friends, co-workers, and book club buddies that all Americans can go to VOTE FROM ABROAD.ORG to vote absentee.  Tell your friends on social media the same thing.  By doing this, you will be spreading the word to the over 500,000 non-voting Americans here in Canada.

The Supreme Court’s draft opinion to overturn Roe v. Wade, leaked late last night by Politico, makes unmistakably clear what the Republican agenda is: an unprecedented assault on women and families in the United States.

For more than a generation, the right to reproductive freedom has been the law of the land. When a far-right administration took office in 2016, we knew that this right was in grave danger. Fast forward to 2022, and we now have three more ultra-conservative, anti-choice justices on the Supreme Court. The looming fate of Roe is the direct consequence of the 2016 election.

That many of us saw this coming does not make the blow less painful or severe. But we can fight back. 2022 is also a decisive election year. Together, we must put in place both federal and state legislatures that fairly represent the will of the majority. This cannot wait.

Let us not forget in this dark moment that we have the power to elect legislators who will respect the law of the land and the will of the people this November. We must wield it. 34 U.S. Senate seats, all 435 U.S. Representative seats, 46 state legislatures, and 36 state governorships are on the ballot. These are the offices that will determine access to abortion and reproductive health care in the absence of Roe.

REQUEST YOUR BALLOT FOR 2022

What you feel right now: do not forget it. Instead, resolve to turn this moment into collective action. Ways to fight back can be found in this statement from DA's Global Women's Caucus.

Raise your voice. Vote. And bring other people with you.

Please join us for the DA Quebec 2002 AGM.  We look forward to members joining us to talk about the work our chapter has done and the many ways in which we can support the GOTV effort.

Scroll down to RSVP for this event. 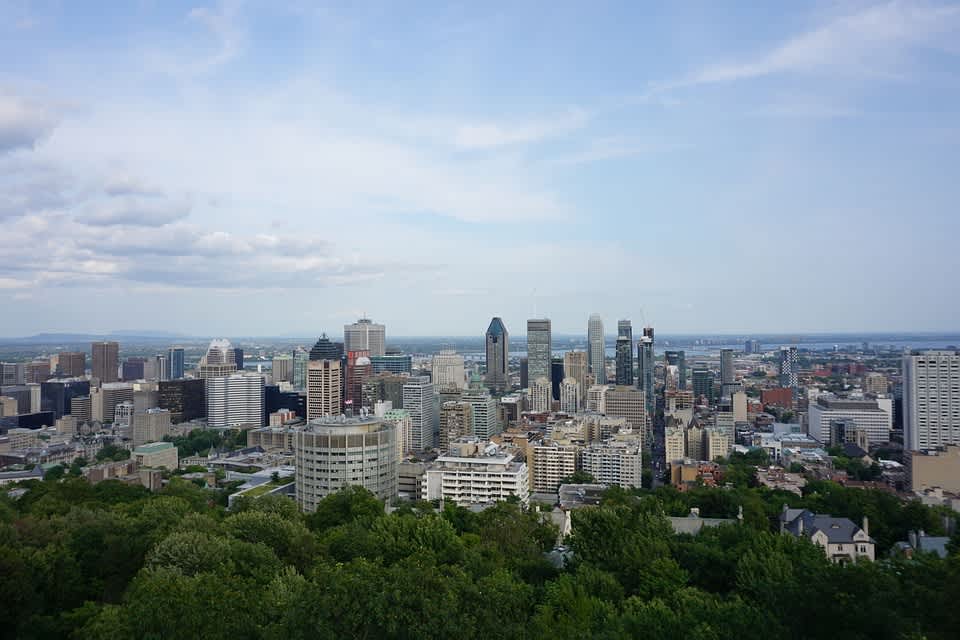 DA Quebec (formerly DA Montreal) is a chapter of  Democrats Abroad Canada, the official country committee for U.S. Democrats living in Canada.   We are helping US citizens living in Quebec register to vote for US elections and keeping them informed on important issues.  We have a diverse community of enthusiastic voters, members, and volunteers all over the province, from Montreal to Quebec City.   And we're always looking for more. If you're interested in getting involved and putting your skills to good use, reach out to us. We're always looking for dedicated volunteers.

It is critical we collectively do all that is possible to encourage the estimated 650k - 1m Americans in Canada to vote! Hundreds of American citizen volunteers across Canada are working to educate all eligible U.S. voters on their right to vote and how to get their ballots to vote in every election. That includes Canadians who were born in the U.S. and those born in Canada to an American parent(s), who therefore have the right to vote. Americans living in Canada CAN deliver the difference in close elections. To volunteer, email Randi Weitzner, Chapter Chair.

Go to VoteFromAbroad.org today to register for your ballot.

The Quebec Chapter posts events and news items on this page and on our Facebook page.  Please scroll down to the bottom of the page to see what is happening and RSVP for events that are of interest to you.

All members of the board were uncontested for their positions and so will be returning for the 2021-23 term.

We had good attendance at our AGM. Beyond a recap of last year’s activities plus the elections, we also presented the concept of project managers – small, often time limited positions that volunteers might want to consider.  We have already received interest in a few spots, but we can use more people.  Please take a look below and reach out to us at [email protected] if you are interested.

The Nominations and Elections Committee received the following candidate statements from Randi Weitzner for Chair and Debra Lazar for Secretary. These two names will appear on the ballot when distributed on March 15. There were no nominations submitted for Vice Chair and Treasurer. If you are interested in being considered for these spots, the NEC will be receiving names by floor nomination at the AGM on March 30.

An important next step for the Montreal Chapter is to elect our Board for the 2021-2023 term.

You may serve a leadership role from anywhere in the chapter, whether you live in Montreal, Quebec City, Sherbrooke or Beaconsfield. As the Nominations and Elections Committee, we invite you to learn about the Board positions and to consider a nomination.

VOTER ALERT: DROPPING OFF YOUR BALLOT AT THE U.S. CONSULATE IN QUEBEC CITY

VOTER ALERT: DROPPING OFF YOUR BALLOT AT THE U.S. CONSULATE IN MONTREAL