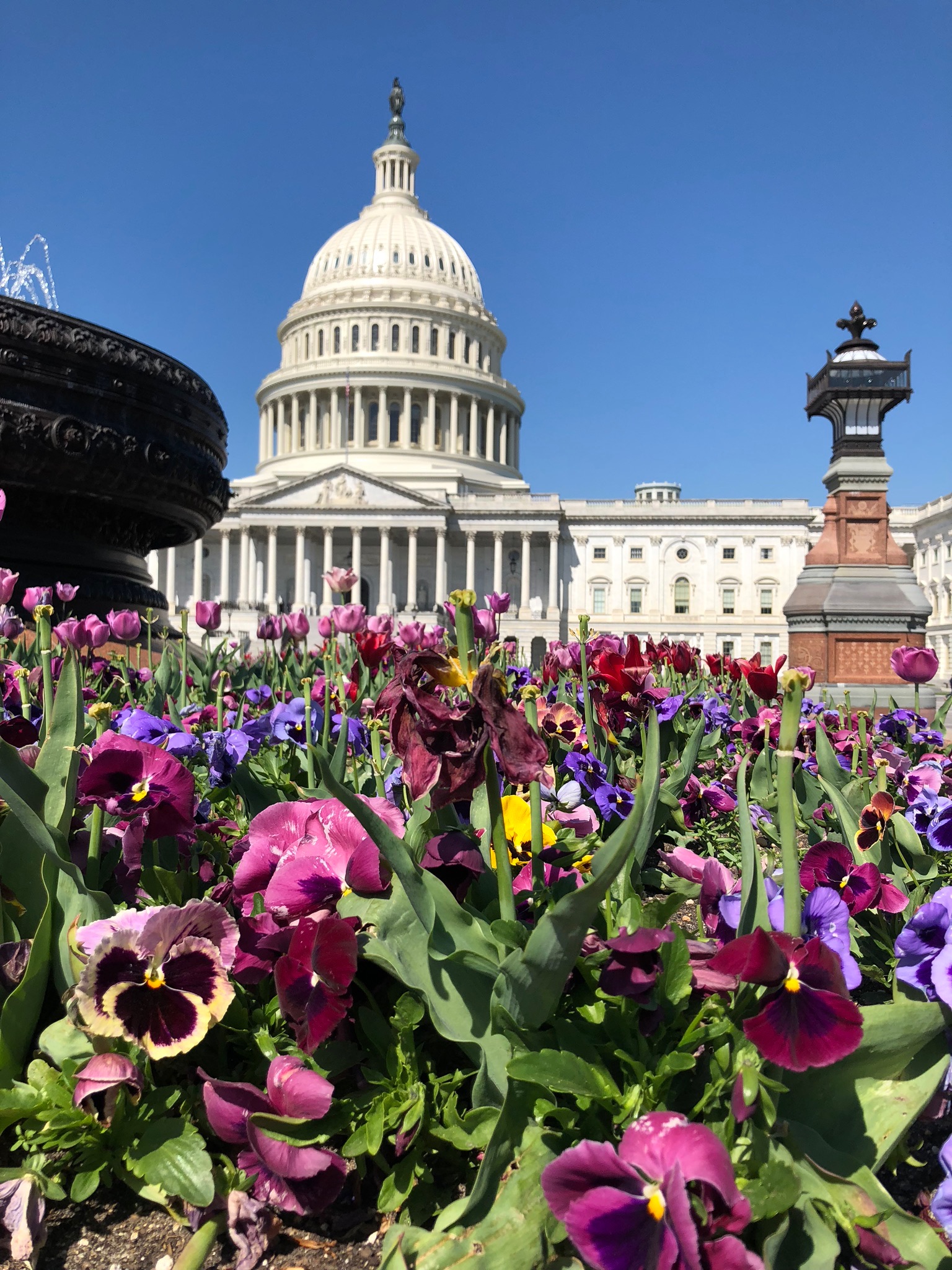 Americans abroad struggle mightily to get Congress to understand our community and address the serious issues caused for us by vexatious tax, voting, immigration and other policy.  That's why we celebrate the re-launch of the Americans Abroad Caucus for the 117th Congress.  We thank Rep. Carolyn Maloney (D-NY12) for founding the Caucus more than a decade ago and for recruiting Reps. Maria Salazar (R-FL27) and Dina Titus (D-NV01) to act as co-chairs.  (See Press Release below.)

Rep. Dina Titus has been a wonderful friend, constant advocate and greatly valued champion for Americans abroad for many years.  We are excited to have her in the position of Caucus co-chair along with Rep. Maria Salazar.  We look forward to getting to know Rep. Salazar and working with her to address our issues.

Democrats Abroad has been hard at work helping to build the Caucus profile and membership so that we can get more attention paid to the issues we raise with our elected representatives.

Click here to see if your Representative is a member of the Americans Abroad Caucus.

Please support Democrats Abroad as we protect and expand your right to vote from abroad.

Millions of Americans, including military personnel and civilians, live and work across the world. Although they live overseas, many of these U.S. citizens continue to vote and pay taxes in the United States. Whether or not they work for American businesses overseas, they help increase exports of American goods and services because they traditionally buy American goods, sell American goods, and create business opportunities for U.S. companies and workers. Their role in strengthening the U.S. economy, creating jobs in the United States, and extending American influence around the globe is vital to the well-being of our nation.

Last month, the Caucus led a letter to Secretary of State Antony Blinken requesting that the Biden Administration prioritize vaccinating Americans abroad while still working to fight COVID-19 at home.

"Americans living and working abroad are directly impacted by federal policy and it’s long past time that the federal government listened to their concerns,” said Rep. Maloney. “I’ve heard from countless constituents who have faced problems related to voting, immigration, access to financial institutions, and taxation. My goal with the launch of the Americans Abroad Caucus is to better understand these issues and be better equipped to coordinate with these communities towards more robust representation in Congress.”

“As the Congresswoman for Florida's 27th District, I represent thousands of American citizens who live and work abroad," said Rep. Salazar. "From deciphering complex tax laws to ensuring they have adequate healthcare access, Americans abroad face a unique set of challenges. I am honored to co-lead the Americans Abroad Caucus and look forward to continuing to serve as a voice in Congress for Americans living overseas."

“I’m honored to serve as co-chair of the Americans Abroad Caucus for the 117th Congress,” said Rep. Titus. “The millions of U.S. citizens who live and work overseas often face uniquely onerous tax burdens along with challenges ranging from banking and travel issues to health services and voting. This bipartisan Caucus provides an important forum to address the issues faced by Americans abroad and ensure they’re being provided appropriate representation.”

“Democrats Abroad is delighted to see the Americans Abroad Caucus grow in numbers and in profile.  Americans abroad face challenges in a great many areas - taxation, voting, access to COVID vaccines, US government agency and consular support - that require Congressional attention. We are grateful for Rep. Maloney's leadership on the Caucus and on these legislative initiatives that bring focus and solutions to our underserved community. Rep. Dina Titus has been a wonderful friend, constant advocate and greatly valued champion for Americans abroad for many years. We are excited to have her in the position of Caucus co-chair along with Rep. Maria Salazar. We look forward to getting to know Rep. Salazar and working with her to address our issues,” said Candice Kerestan, Democrats Abroad International Chair.

In the 110th Congress, Congresswoman Maloney cofounded the Americans Abroad Caucus, which she now co-chairs with Representatives María Elvira Salazar (R-FL) and Dina Titus (D-NV). The purpose of this bi-partisan caucus is to provide a forum for discussion of the issues that are important to overseas Americans including citizenship, census, voting, banking access, and taxation.

Learn more about the history and work of the Americans Abroad Caucus at our website here.

Bill text of the Overseas Americans Financial Access Act can be found here.

Bill text of the Commission on Americans Living Abroad Act can be found here.