My dream for the US in the next few years is to make the climate crisis a priority with massive-scale mobilization on the part of industry, to address the rapid loss of biodiversity and to stop using fossil fuels. I wish for an administration that focuses on the equity and well-being of all people, rather than on the constant accumulation of material goods and wealth for the few, that reinstates a fair stance on political asylum and takes an active position on equal opportunity for all. I voted for Joe Biden and Kamala Harris because they both have a very promising record on most of these issues but I am hoping they move further to the left. Oh, and I want President Trump and the other wealthy and powerful people who kept him in office to be prosecuted and jailed. 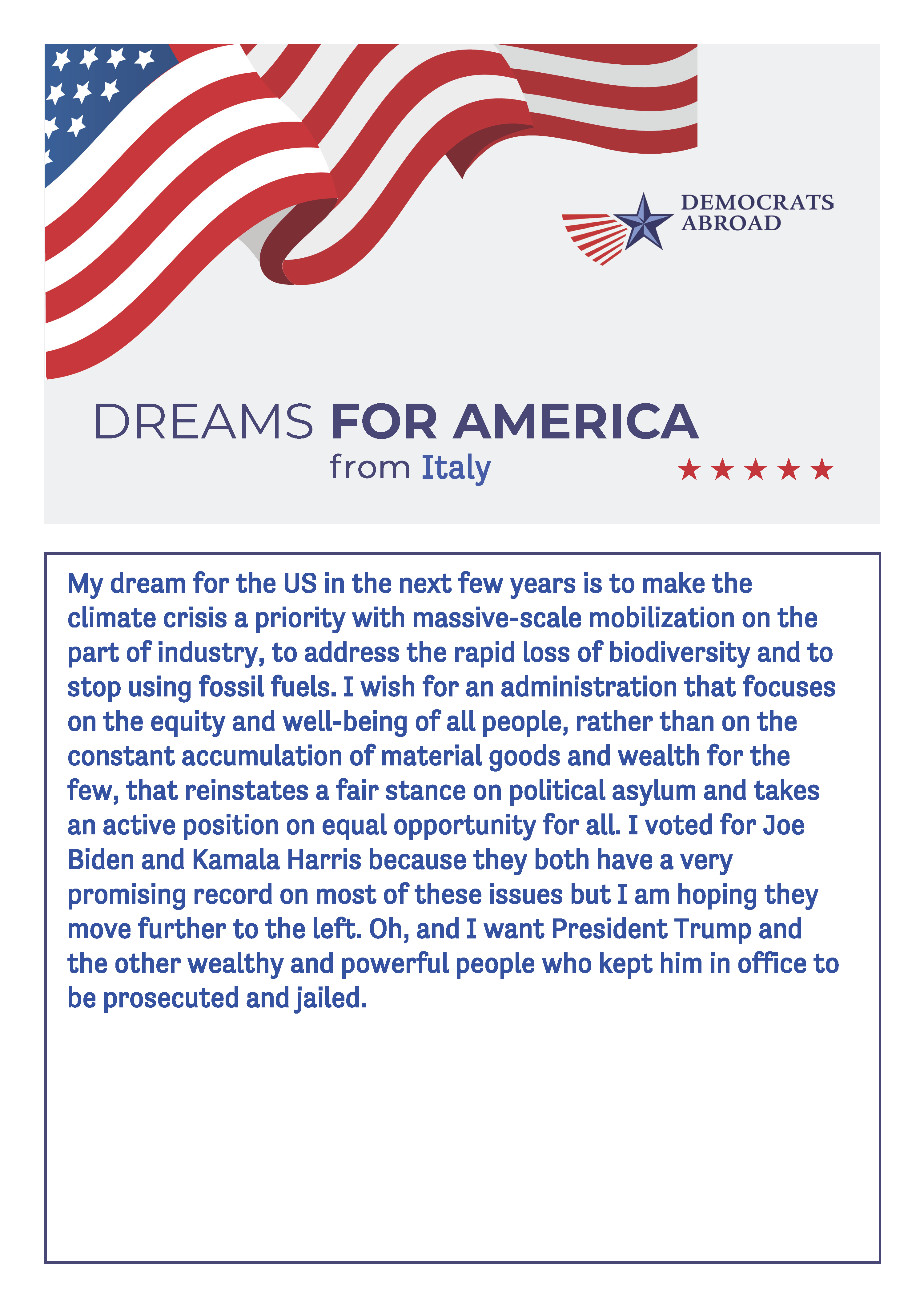