This Time It Is Different from David Hogg, Founder and Board Member of March For Our Lives; and Quick Actions we can all do.

The 2nd Amendment continues to be convoluted by the NRA and their Republicans enablers seeking more and more power.

other times we need FEDERAL laws. 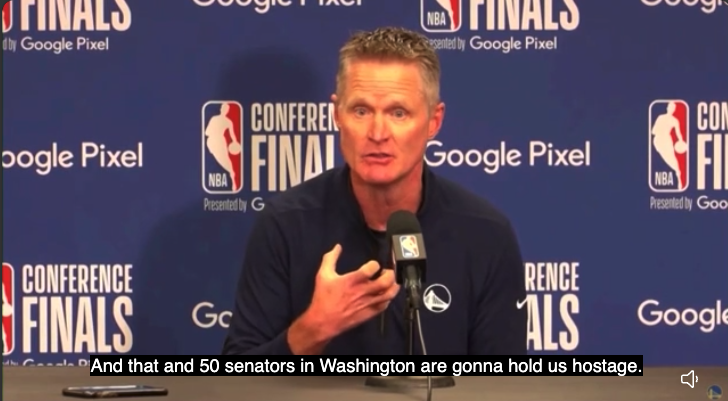 Here’s why. Texas has entered uncharted territory on several issues vital to citizen safety, and now Indiana is poised to make it easier to carry a firearm in public. That worries law enforcement there and in Chicago. "Growing incidents of gun violence in Indiana, especially in Indianapolis, which experienced record-setting homicides for the second consecutive year in 2021, is why some feel the need to protect themselves with their own weapons.”

We are heartened to finally see 14 Republicans join Democrats in the House to approve the Bipartisan Safer Communities Act, by 234 to 193 votes, but we wonder how New Yorkers feel riding the subway in light of the open carry law struck down by this Supreme Court this week. Is it enough? The answer is simply NO. No, we do not need assault rifles or other military grade hardware on OUR streets!

Can Dems win in November?

Pod Save America cohost Pfeiffer (Un-Trumping America) takes a punchy look at “how disinformation and propaganda became the dominant Republican political strategy, how it works, what it means, and how Democrats can fight back.”

This podcast is the roadmap to keep the House and Senate. Read more …

We are literally Marching for our Lives. Will it be enough?

“Negotiations on a federal police reform bill have collapsed because Congressional Republicans are willing to stand in the way of lifesaving changes to policing. It is time for state and local governments to take the lead in reimagining public safety. And it is time for all of us to support local leaders who are willing to show leadership and take risks to make it happen.

Change is not going to come from Congress, at least for now. The U.S. House of Representatives passed the George Floyd Justice in Policing Act earlier this year. It would have been a good first step. Like other good legislation, though, the bill was stopped by Republican obstruction in the Senate. Read more … 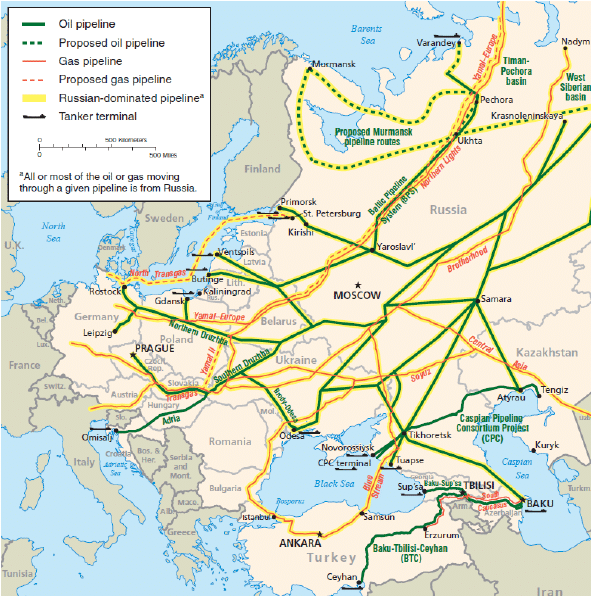 I’d often wondered but never looked into it until last month, when visiting an art installation in Helsinki Finland, I saw a film made in 2005 by a Swiss documentarian about the BTS oil pipeline which runs from Baku, Azerbaijan through Turkey’s Bosphorus Sea, and is then shipped to Europe - avoiding Russia.

That got me thinking - what was the war in Chechnya about? Or the one in Georgia? And now, in Ukraine? Puzzled about the connection, but seeing in my mind that they all surrounded the Black Sea inspired me to ask — what is at stake for Russia?

The answer is easy enough — just follow the money. It is real estate, to acquire total access and control of countries surrounding the Black Sea. And that means oil. Read more …

Running some google searches and looking at maps of oil pipelines, the picture soon came into focus. First, the largest pipeline in the world - the Brotherhood pipeline runs straight through Ukraine. Cancelling access to this line would badly hurt the Russian economy, as 1/3 of its revenue comes from oil. In 2021, gas delivered to Europe fell by 25%. Who is the largest consumer of Russian oil in Europe? Germany.

This map and article from Le Monde diplomatique gives more detail of this new oil war.

Democrats Abroad Global reminds us that “By gaining only two more Democratic Senators, the Biden administration will be poised to pass legislation to secure our voting rights, our reproductive rights, and our safety.”

But we also have a fight on our hands to keep control of the House. While we are encouraged by Beto’s landslide win in Texas; one of the most shocking wins was in Pennsylvania where celebrity heart surgeon and TV entertainer Dr Oz won his primary and will face off against Democrat John Fetterman this November. Or was it "Hillbilly Elegy" author J.D. Vance? Or was it Marjorie Taylor Green who won her primary?

We cannot stress this enough — talk to your friends and family. Paint a picture of what is at stake: Democracy. 2022 primary results, so far.

Results are rolling in on many Democratic primary elections, and more are quickly approaching. This is your chance to decide which Democrat will go up against the Republican in the November general election.

Request your ballot early AND return it early!

Questions? This page is a quick guide that will help you find many answers. Also, the IRS has a dedicated page for International Taxpayers.

If you need assistance preparing your return, the DA Taxation Task Force team referred me to this list of tax preparers on the IRS site. Some things to keep in mind for your search:

If you would like to be notified the next time we host another tax webinar, you can join the Democrats Abroad Taxation Task Force mailing list by going here: https://www.democratsabroad.org/taxation

Senior Caucus member Dan Smith brought this to our attention this month - learning Tai Chi at home. Not only do you build core strength, it helps with balance and calm — much needed these days! Learn more …

I love these low impact workout videos on YouTube.

In 2022, Medicare increased its premiums by the largest amount ever―largely in anticipation of an expensive Alzheimer’s drug called Aduhelm. But because of scrutiny from advocates like Social Security Works, the manufacturer cut the price of the drug by nearly $30,000, and then Medicare severely restricted its use because it was ineffective. Now, Medicare is charging seniors inflated premiums every single month.

When every other price is rising, this is one that should be going down. But the Biden administration just announced that they won’t reduce the premiums for the rest of the year, as they had previously suggested that they might. They need to reverse this decision, now.

Here’s what’s clear: Seniors should never have had their premiums increased to pay for an ineffective, dangerous, and massively overpriced drug. Not only is lowering Medicare premiums the right thing to do, but it's also a political necessity. Older voters are a key force in midterm elections. Keeping Medicare premiums needlessly high until after the election is a gift to Mitch McConnell and his fellow Republicans. Every congressional Democrat who wants to keep their seat in November should join us in calling on the Biden administration to reverse this decision and lower Medicare premiums now! Click here to….

Tell the Biden Administration: Make this right―stop overcharging seniors for their Medicare premiums and issue rebate checks to make up for the period when they were paying inflated premiums!

NO! to Medicare Advantage

Following on the heels of our article in last months newsletter “Joe Biden is Quietly Pursuing the Creeping Privatization of Medicare”, here are some of the horrors of Medicare Advantage. Read more …

Time to save Social Security, Medicare is NOW

WHAT is the problem with saving Social Security? Dems propose to do so by raising the maximum salary cap. It’s currently at $147,000.

“According to the National Committee to Preserve Social Security and Medicare, half of all working-age families have $5,000 or less in retirement savings. That picture will only worsen during this time of high inflation.”

HOW is it being blocked? “The gag rule, commonly called the filibuster, makes it worse. Originally, it required opponents of a bill to hold the floor and keep talking. Now, it prevents debate from even beginning without the support of 60 senators.” Read more — if you dare…

See our Chair Betsy Ettore ask questions about WEP on this web event with Wisconsinites Abroad.

NEWS AND STORIES FROM HOME AND ABROAD

Why Making Friends in Midlife Is So Hard

I thought I was done dating. But after moving across the country, I had to start again —this time, in search of platonic love. Read more …

Your Work Peak is Earlier Than You Think

“It’s not true that no one needs you anymore.”

These words came from an elderly woman sitting behind me on a late-night flight from Los Angeles to Washington, D.C. The plane was dark and quiet. A man I assumed to be her husband murmured almost inaudibly in response, something to the effect of “I wish I was dead.” Again, the woman: “Oh, stop saying that.”

For the first time ever, we have five generations in the workplace at the same time, says entrepreneur Chip Conley. What would happen if we got intentional about how we all work together? In this accessible talk, Conley shows how age diversity makes companies stronger and calls for different generations to mentor each other at work, with wisdom flowing from old to young and young to old alike. Listen to this TedTalk. 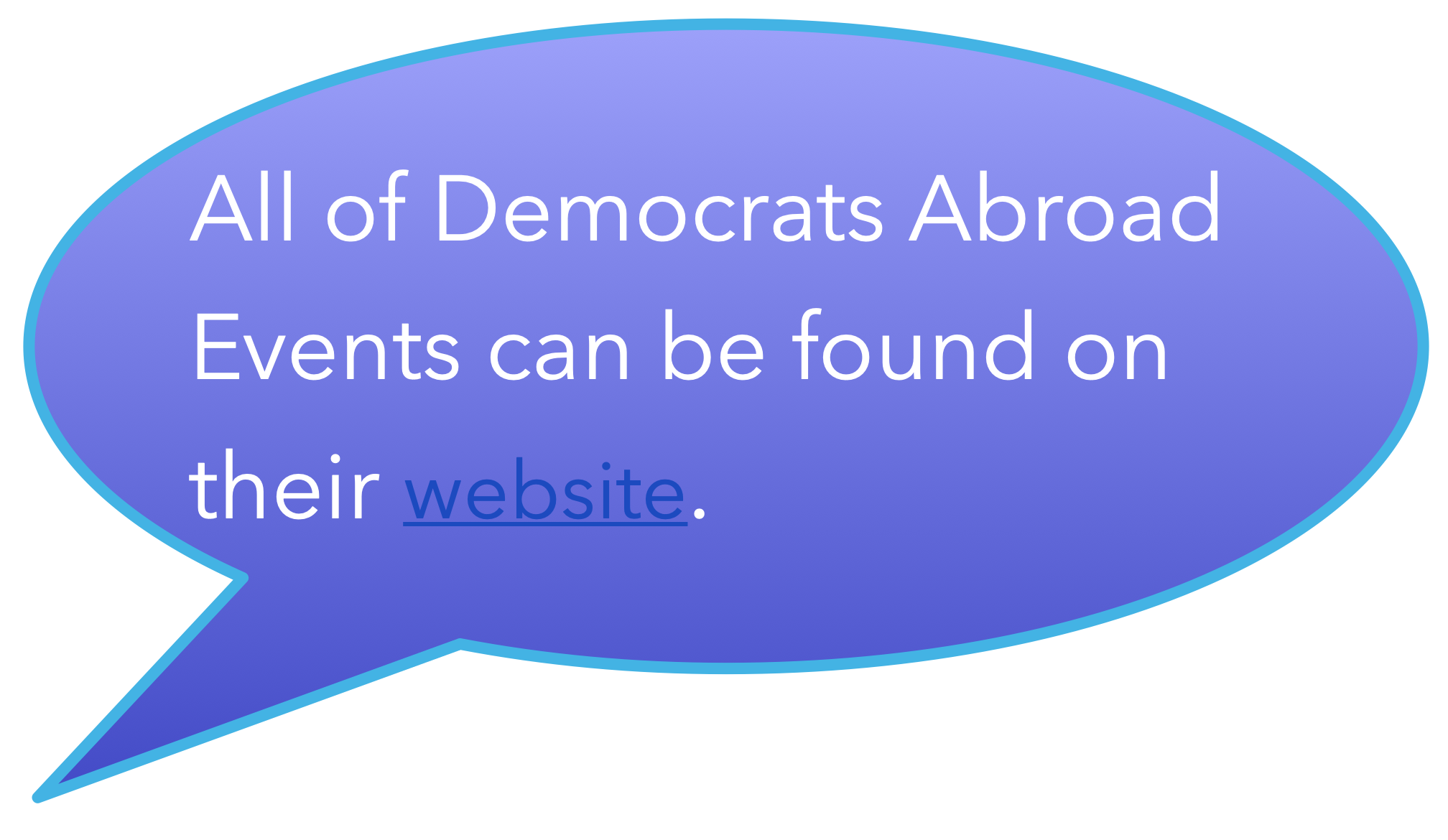 Look for 4th of July picnics and parties this month.

There is something for everyone at Democrats Abroad.

28 June: Heavyweight speakers will be answering our questions about Washington DC online. RVSP for Demystifying the DNC.

4 July: Join your local chapter and receive invites for parties.

I write to you from the middle of nowhere in the forest in Finland. I am mourning the loss of Roe v. Wade as I just heard that this momentous decision was overturned an hour ago. It was our generation who benefitted from Roe v. Wade and I know of countless women, feminists or not, who were able to have abortions safely and openly. What a truly sad day. I also have been listening to the January 6th Committee hearings and am riveted to what I am hearing. I am also impressed by the chair, Hon. Bennie Thompson and the vice chair, Hon. Liz Cheney -  what upstanding patriots and Americans they indeed are. Let us all hope that the work the committee is doing will have a lasting effect on the hearts and minds of all Americans. We need to protect our votes and we need to have honest people to hold the office of President of the United States.

Thanks to Eric Jackson for these contributions.

State Teams were launched in September 2021. This initiative is designed to enhance DA’s voter assistance, voter mobilization and advocacy by

➔ Join the State Team Slack group to get the meeting links, or email us

IN SEARCH OF VOLUNTEERS…

We are still looking for volunteers for the Global Senior Caucus Steering Committee.

What does a member of the Steering Committee involve?

The Global Black Caucus is searching to fill more positions. Get in touch here.

THIS MONTH IN U.S. HISTORY

Many more historical events are listed here for July. 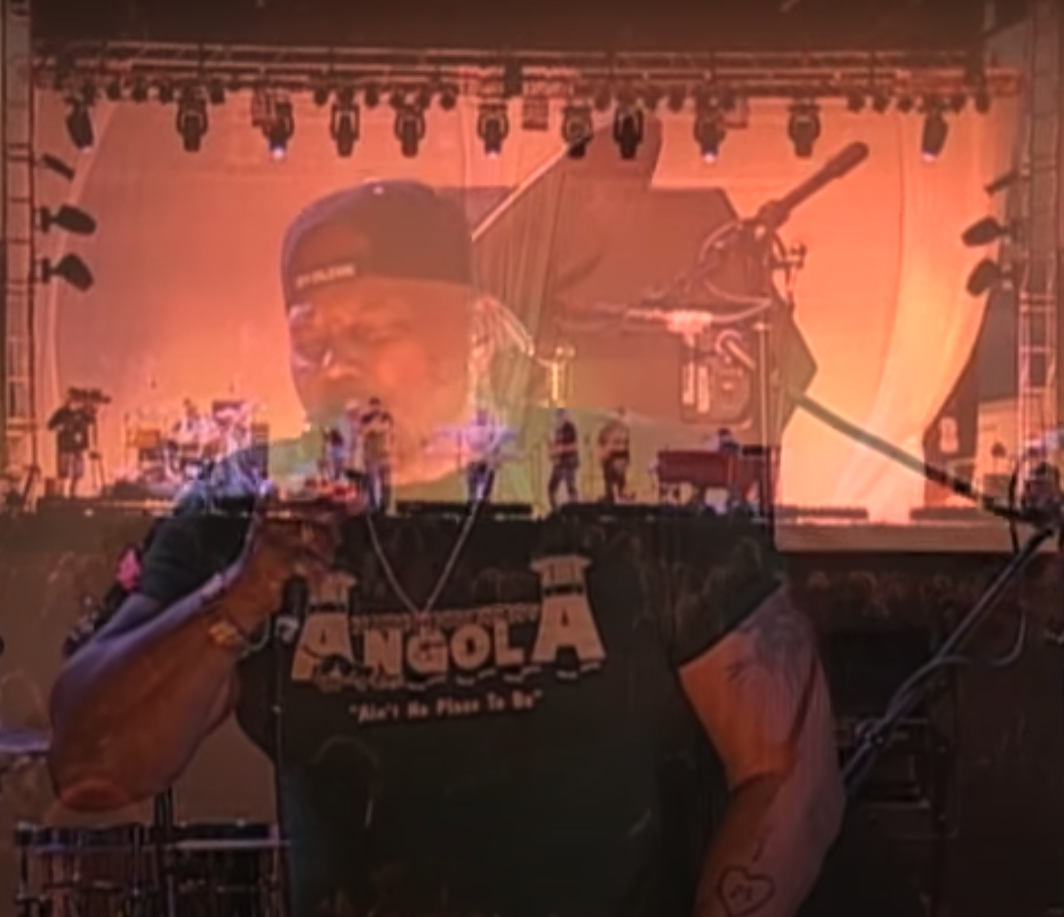