“I started off in Democratic politics a long, long time ago,” Daniel James explains. “I worked for a member of the U.S. House of Representatives and started working on campaigns,” serving on “three House campaigns and a Senate campaign.” James’ 34-year career in the federal government then shifted toward more non-partisan work.

But even after his retirement in 2019, James carefully considers and consults before jumping in as an activist in the partisan arena. Of course, this has not prevented him from being actively involved, and like many others, James has felt even more compelled to act in the current political climate. 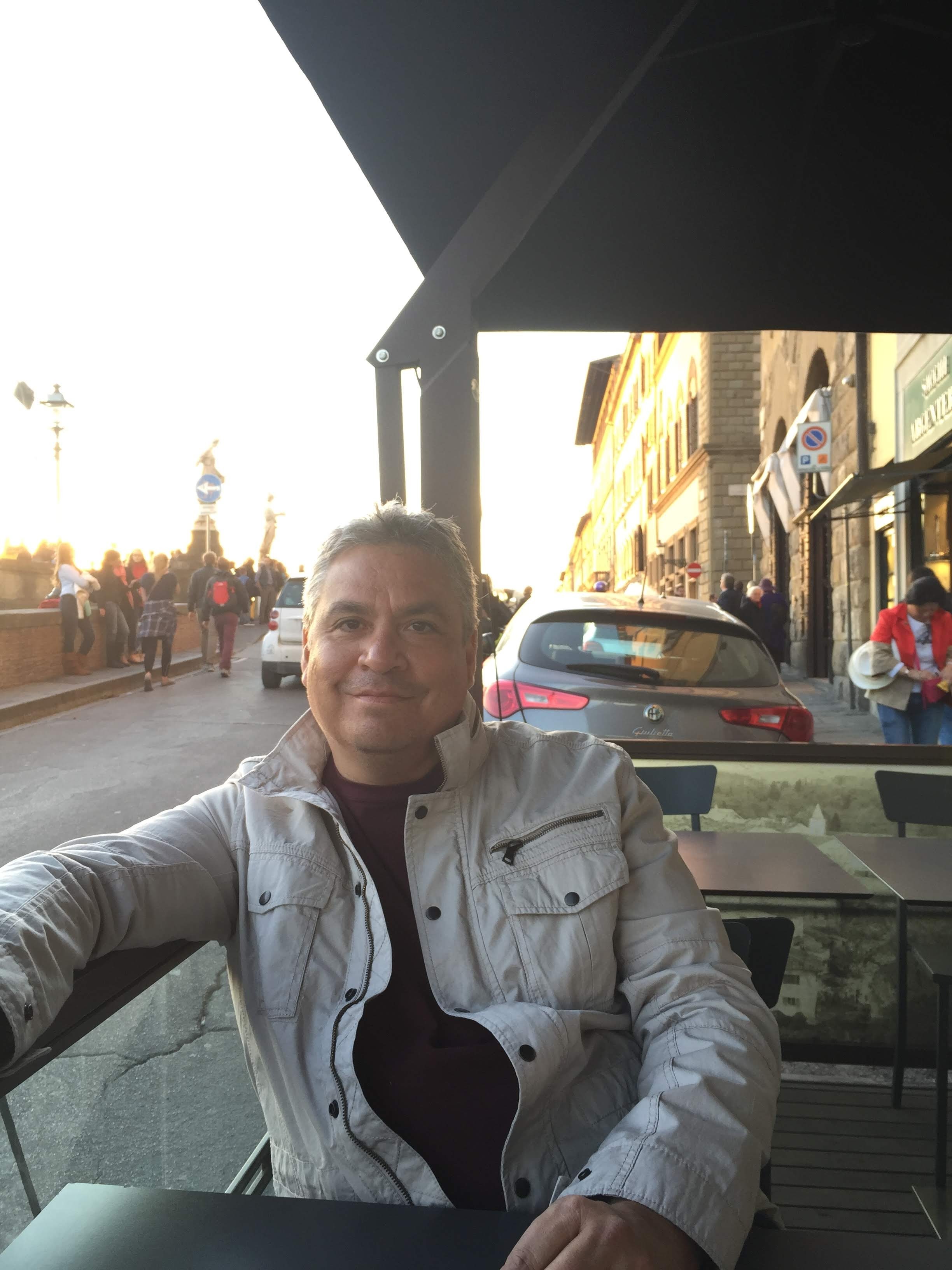 “I worked with politics and government, but I was so discouraged by where I saw the country going,” James recalls. “I started thinking about how a lot of our constitutional underpinnings were under attack, and unfortunately, I still do.”

James and his husband Aaron became actively involved with the Biden/Harris campaign, and so far, James has spent his retirement focused on furthering policy issues that are passion areas for him. “I know that government works better when Americans are more involved in it. I know that’s the case,” he stresses.

Last year, the couple left their home in Virginia to start a new life in Barcelona, returning to connect with James’ family roots in Catalunya. James quickly became involved in Democrats Abroad and was recently elected chair of DA Spain. “I really admire Democrats Abroad [and the] everyday people who are actively supporting their democracy [and] supporting policy and Democratic candidates who are going to advance those policies,” he says.

James notes that one of the top priorities of DA Spain’s new leadership team is preparing for the midterm elections. He attributes the group’s success and growth in recent years to the passion of members and thoughtful “kitchen table” organizing. The need to mobilize virtually during the pandemic has helped advance useful communication tools, he says, and it has generated new opportunities for involvement and leadership throughout Spain.

“We have city chapters” in the large and medium-sized cities, “and there is definitely room for more. I’m thrilled to say that our current new leadership is from all parts of Spain. … That brings that perspective into the room, and I think that’s positive.”

He affirms that caucus groups are welcome and would find a supportive environment, noting that he is particularly proud of DA Spain’s women’s caucus and the work of member Doris Stanger to develop such an organized group. James notes that Spain is fertile ground for other DA caucus groups and looks forward to collaborating to further their work. In the meantime, he reiterates that midterms and what preparing for them entails — from fundraising to strategic communication to Get Out the Vote campaigns — are major focuses and help advance caucus goals.

James’ personal priorities follow a similar thread. “Election reform will be a continued, difficult fight,” he says, and some measures taken recently throughout the U.S. to suppress voting rights “chip away at free and fair elections.” He is confident though that, “the DNC and DA are on it … and making sure we work on the things that undergird the system … so that all people can vote,” is essential.

The midterm elections are “a chance to get Democrats to run for office and get elected,” so he believes protecting free and fair elections is one of the most critical, urgent areas. Doing so is also especially important from an equity perspective, he asserts. “Just being a gay man who worked in the federal government, I saw a lot of change — not always good — and how things like the Equality Act [and] protecting the rights of trans people … are fundamental, important issues. … They’re human rights. It’s not just legal or policy — it’s about basic human rights for people.”

Another passion area for James is climate action. He was no regular federal employee. After his time working with electoral politics, he served in the U.S. Forest Service in numerous roles throughout the western United States, even being appointed associate chief of the entire US Forest Service. Then, he was named acting deputy undersecretary of natural resources and environment of the Department of Agriculture for 18 months at the close of the Obama Administration and through the transition to the last Republican White House. “It was a rewarding career, and I worked with really wonderful, wonderful people — and scientists galore,” he says, though this experience gives him “real alarm about where things are going.”

He notes that climate action is not just about conserving resources, it impacts international transmigration, peace over water, and human rights because “as resources tighten, people … often start oppressing one group or another.” Climate action and free and fair elections are not insurmountable issues, he proclaims. “We can elect people to Congress who can help formulate policies in the public and private sector. We can support growing forests and investing in forests to sequester carbon. We can look after Indigenous people who are affected by climate change.”