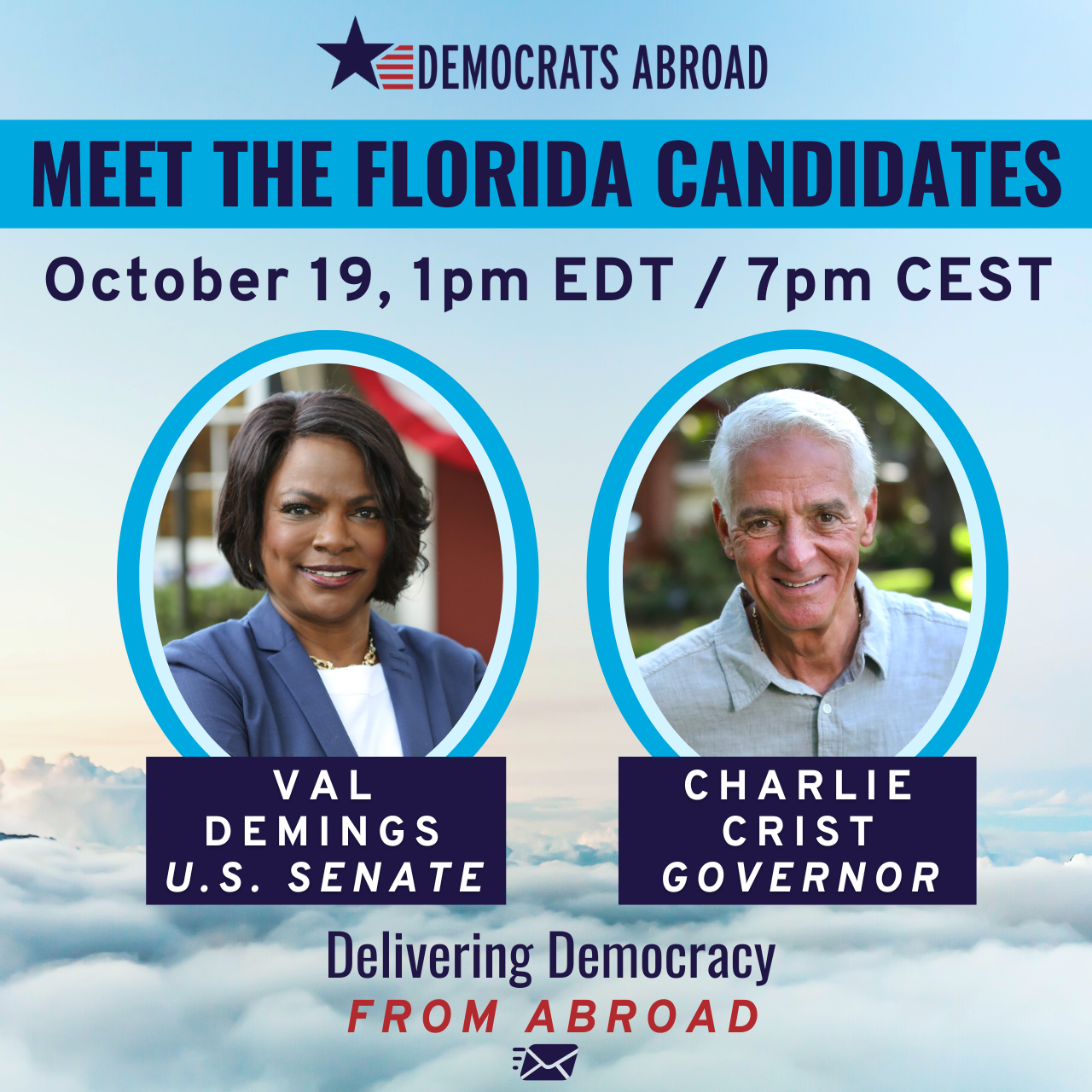 Now more than ever, the people of Florida need politicians who will stand up for freedoms, encourage unity, and fight for a better future for all. This is an invaluable opportunity to get involved, ask questions and hear what your candidates have to say about key issues.

There is still time to request your absentee ballot at https://www.votefromabroad.org - make YOUR VOICE heard in these crucial elections!

Val Demings rose from humble beginnings to achieve the American Dream. Now, she is running for the U.S. Senate to fight for every Floridian to have that same opportunity. She was the first person in her family to attend college, became a social worker and then a police officer, rising to become Orlando’s first female Police Chief. As a Senator, she will tackle the unaffordability of housing in Florida, fight to lower the costs of prescription drugs, and ensure anyone willing to work hard can find a job that does more than just pay the bills. Campaign website: https://valdemings.com/

Charlie has dedicated his life to fighting for opportunity and fairness for every Floridian. Over his career in public service, he has served as State Senator, Commissioner of Education, Attorney General, Governor, and Congressman. As Florida’s next governor, Charlie will stand up when freedoms are under attack by partisan politicians, protect the freedom of businesses, families, and communities to speak without fear of political retribution and defend the LGBTQ+ community’s freedom to be themselves. Campaign website: https://charliecrist.com/

RSVP for a fantastic opportunity to connect with the Floridian candidates who are fighting for Democratic values!