Although Lincoln issued the Emancipation Proclamation in 1863, it did not impact slaves in Texas for more than 2 years. In a way it was just a piece of paper with no real substance, no promises or assistance.

Despite its expansive wording, the Emancipation Proclamation was limited in many ways. It did not free all enslaved people and in reality many African-Americans were already in the process of freeing themselves. Enslaved people were running away to the North as well as Union camps. Many were starting their own free communities.

The Emancipation Proclamation only applied to states that had seceded from the United States, leaving slavery untouched in the loyal border states. It also expressly exempted parts of the Confederacy (the Southern secessionist states) that had already come under Northern control. Most importantly the freedom it promised depended upon Union military victory of the Civil war.

The Origins of Juneteenth 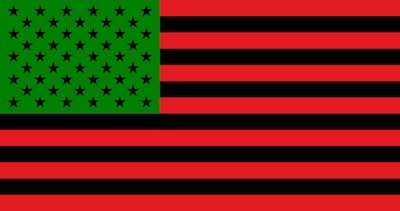 News traveled much, much slower back then. In the western-most Confederate states the news of General Robert E. Lee's surrender did not arrive until two months after the fact. A West Point graduate arrived at Galveston Bay with 2,000 Union troops on June 19th, 1865 and proclaimed  “The people of Texas are informed that, in accordance with a proclamation from the Executive of the United States, all slaves are free.”

The nineteenth of June was a day of celebration, a day to consider a free life, a day to find lost family members and a day to consider self improvement. It was important because it forced reluctant slave owners to free their enslaved human bondsmen/women.

Hear tell it, holes were cut into trees and gun power was stuffed inside and set on fire creating thunderous sounds. The people read sermons, read the Emancipation Proclamation out loud, danced, sang and prayed. A collective consciousness emerged with a future full of possibilities as free and equal human beings.

"When peace come they read the 'mancipation law to the culled people...they spent that night singin' and shouting'. They wasn't slaves no more."

Jubilee /Juneteenth day in 1866 was the first official celebration. The day centered around the church, barbecues and sports activities but another focus was self advancement and political action.

In 1870 there were fifty free settlements in the country. Formerly enslaved people had organized themselves and with the help of the Freedmen's Bureau of 1865 which was created by the Department of War to offer relief, education, food and shelter.

From 1890 to 1891 Juneteenth was called Jubilee day. Many free African-Americans were faced with and obstacles such as the dilemma to push social justice via politics or to set their sights abroad to settlements created for former slaves. After 1900 the celebration spread from Texas to parts of Louisiana, Southeast Oklahoma and Arkansas and became a testament to political empowerment and self determination.

This time also saw the implementation of Jim Crow laws, an organized effort to disenfranchise African-Americans of the citizenship rights and 'equal protection of the laws' guaranteed by the 13th Amendment and 14th Amendment.

Over the years Juneteenth (or Jubilee) has evolved as yearly celebration. It has been recognized nationally and internationally. The holiday is an important and momentous event. It is a time for families and communities to gather together to acknowledge the ancestors who suffered generations under the institution of slavery and to recognize major historical events and significant figures. It is a time to encourage and empower the youth to move forward with education, creating businesses and focus on self improvement and self esteem.

I believe Juneteenth should be a national holiday for all Americans to celebrate the freeing of enslaved people. For me and many African-Americans, Juneteenth is just as important as the 4th of July.

Cheryl Bolden is the owner of Museum Precious Cargo, a collection highlighting the history and culture of the African Diaspora. From 1984 to 1991 she owned Bolden Gallery in Charlottesville, Virginia (sadly on the same street where Heather Heyer was killed in 2017 by a white supremacist highlighting the fact racism and bigotry are still alive and kicking).

During her travels and studies overseas she was always asked to speak about African-American experience. When Cheryl returned to the states she was determined to learn more details about her ancestors not as victims but as active participants in the building of the United States. When she opened her business she was offered slave related documents which became the foundation of Museum Precious Cargo.

Cheryl believes the spirit of the “peculiar institution” of slavery is the original, foundational sin that America has not yet truly dealt with. She says “It is time now for all Democrats to take this seriously as we now witness our democracy being corrupted by racism shrouded in a false sense of nationalism.”

“What to the Slave is the Fourth of July”, Frederic Douglass 1852