Voices from our Community - Meet our Avuncular American 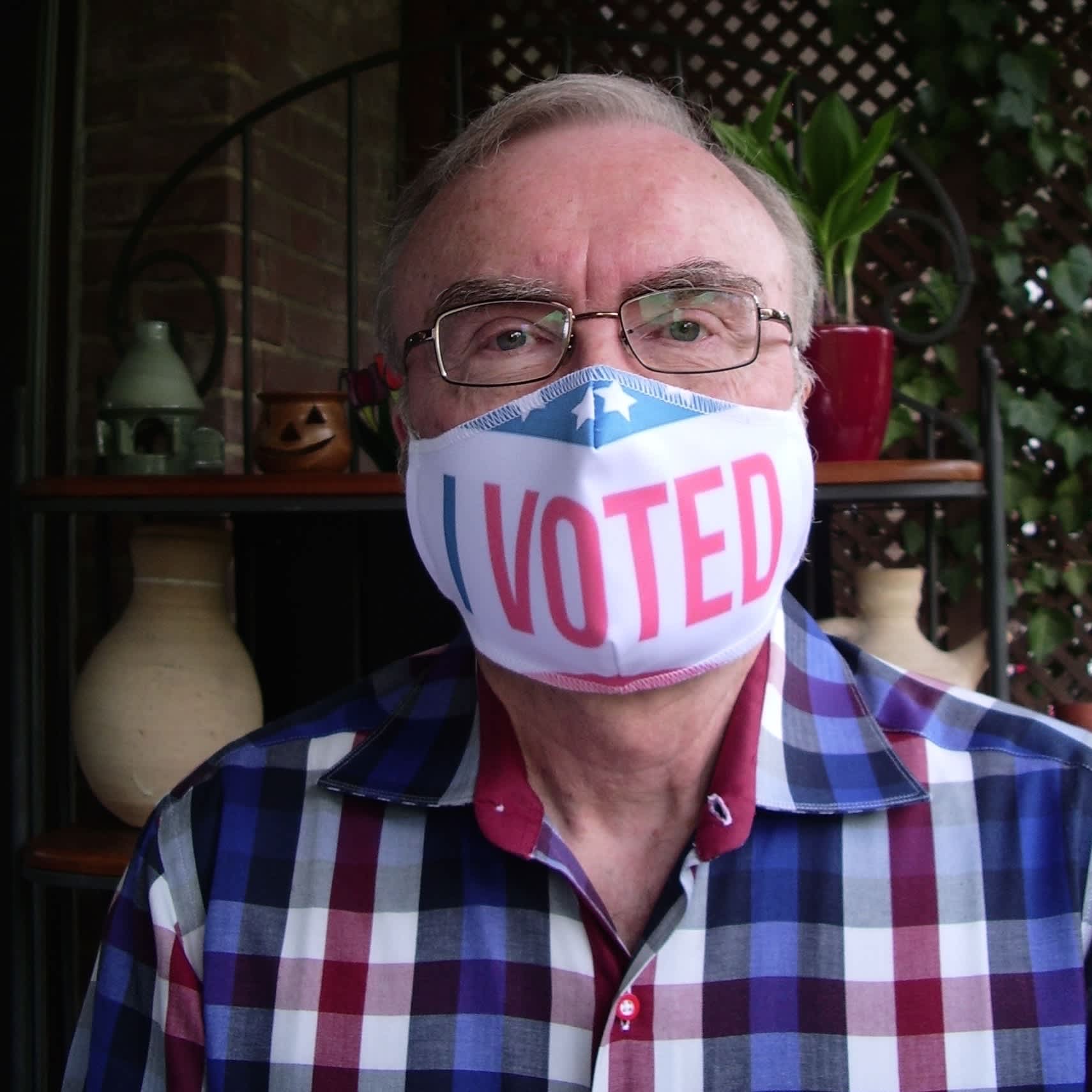 If you've been to one of our Film Nights or watched local French-language coverage of US political events, you just might recognize the face behind this mask. It belongs to Gerald "Jerry" Loftus, a volunteer/spokesperson for Democrats Abroad Belgium and former US Foreign Service Officer.

The day after the 2016 election, Jerry wrote in his blog, The Avuncular American, about the worrying parallels he saw between the advent of Trump and what happened in Germany in the 1930s. Now, as we approach the November 2020 election, the alarm bells are ringing throughout the world, prompting Jerry to once again share his post with our Communications Team. We thought it was worth sharing with all of you.

The author of the classic work Loftus cites on the rise of Nazism described his book as "an attempt to understand one of the central political and moral problems of the twentieth century: how a civilized democracy could be plunged into a nihilistic dictatorship."  Today many Americans are trying to mobilize to avoid history repeating itself.

Have a read for yourself and see if you find the parallels. Share it with family and friends and help us reach the more than 100 million Americans who did not vote. Check your voting status and have them check theirs on IWillVote.com. Time is running out.