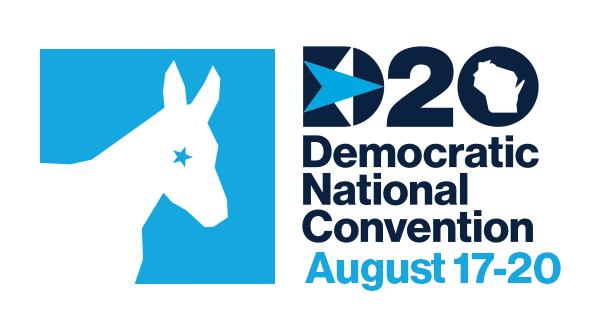 Across the US, state parties and delegates are gearing up to participate in this year’s Democratic National Convention online and at home. Delegates from Democrats Abroad are also joining in - rallying together on zoom calls and downloading their ballots as they prepare to attend the Democratic Party’s first ever online convention in locations that stretch from Kathmandu to Kigali.

The Democratic party includes the 50 states, DC, the territories - and Democrats Abroad - a unique state party that represents the 9 million Americans who live outside the United States. Democrats Abroad will be represented at the convention by 24 representatives logging on from all over the world.

This year’s “Convention Across America” will be held online from August 17th to August 20th. Although the main events will fall within the week of the convention, delegates have already started casting their votes for their presidential candidate, as well as for the 2020 Democratic Platform, and for Rules amendments.

Typically a massive, week-long event with tens of thousands of Democrats in attendance, the covid crisis has made this year’s convention radically different, creating an opportunity for unprecedented public engagement. This year’s convention will feature online caucus and council meetings, and a two hour program of speeches and celebration each night (Central Time). While most formal work will be finalized before the convention begins, the online caucus meetings are expected to include interactive opportunities for conversation and debate. More information about participating in these meetings here:  https://www.demconvention.com/

Julia Bryan, the Global Chair of Democrats Abroad and DA Delegation Chair notes, “I’m proud to lead our delegation this year as we come together with our fellow state parties to nominate our Democratic Presidential candidate. I’m also proud to be part of a party that has responded so mindfully to the pandemic and created an event that is both safe and extremely interactive for our delegates.

The National Convention is a significant moment as we reach out to Americans abroad around the world and make sure they know that they too can vote from abroad, and help Democrats back home win. (Go to votefromabroad.org to get started!).”

The DNC is the official nominating convention for the Democratic Party.  It is an essential step in the presidential election process where the party unites to formally nominate its candidate for president, vote in the platform to guide the party for the next four years, as well as any amendments to the Party’s rules. This year’s voting is done online over a two week period from August 3 to August 15, and is carried out by each of the delegates from the 57 state parties that make up the DNC, including Democrats Abroad.

DA SPECIFIC ACTIVITIES DURING THE CONVENTION

The Schedule for the DNC is here: https://www.demconvention.com/

There will be caucus and committee meetings during the day, and the keynote events from 8:00-10:00 PM Eastern Daylight Time (USA).

Democrats Abroad represents the interests and values of Democratic Americans living abroad. Recognized as a state party by the DNC, and represented at the convention by 24 delegates, Democrats Abroad is the official Democratic Party arm for the millions of Americans living outside the United States, striving to provide Americans abroad a Democratic voice in our government and to mobilize the overseas vote. Democrats Abroad includes 45 active country committees, and our members live in more than 190 countries around the globe, voting in every state and Congressional district in the U.S. For more information: https://www.democratsabroad.org/