*** Article: “Construction, bonuses, and maintenance could be first cuts to military without NDAA funding”

Last week, the Senate Committee on Veterans’ Affairs held a hearing on pending nominations for Judge Of The U.S. Court Of Appeals For Veterans Claims. Video of the hearing + witness testimonies can be viewed here.

Upcoming hearings in the Senate Committee on Armed Services:

This week on Wednesday, the House Committee on Veterans’ Affairs will hold a hearing on “Hijacking our Heroes: Exploiting Veterans through Disinformation on Social Media.” 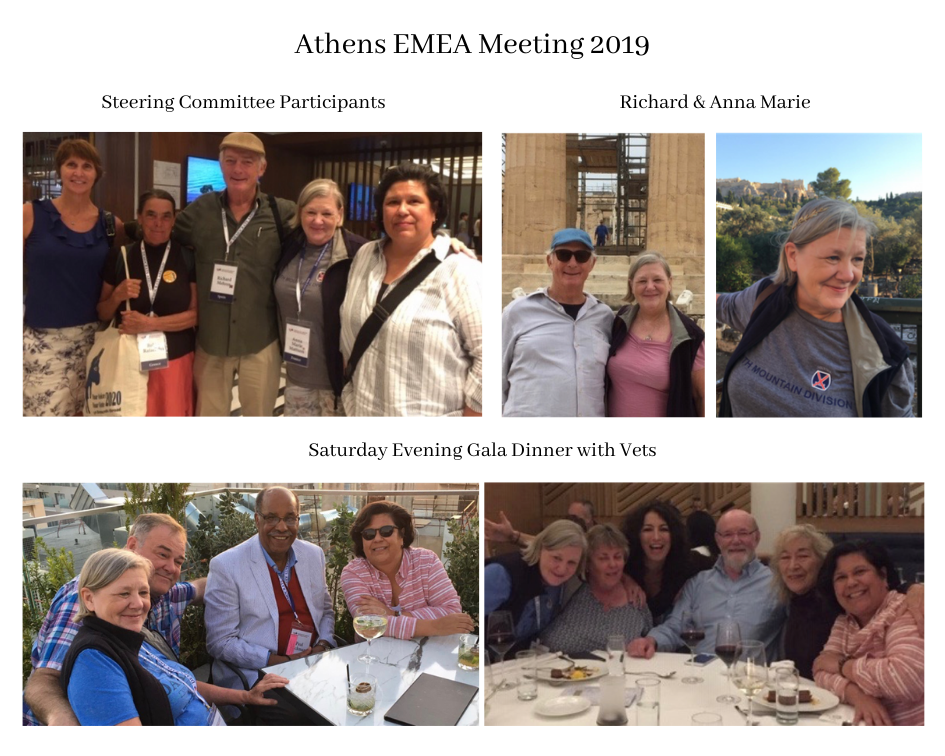 There is nothing on this week's Senate schedule as far as planned
votes or committee hearings related to veterans or military families.

***** At some point this week, the House of Representatives will vote
on S. 693, the National POW/MIA Flag Act, originally introduced by
Sen. Warren (D-MA). The legislation would require the POW/MIA Flag to
be displayed whenever the American flag is displayed on prominent
federal properties, including the U.S. Capitol, the White House, the
World War II Memorial, the Korean War Veterans Memorial, the Vietnam
Veterans Memorial, every national cemetery, the buildings containing
the official offices of the Secretaries of State, Defense, and
Veterans Affairs, the office of the Director of the Selective Service
System, each major military installation (as designated by the
Secretary of Defense), each Department of Veterans Affairs medical
center, and each United States Postal Service post office. The Senate
unanimously passed S.693 on May 2, 2019. 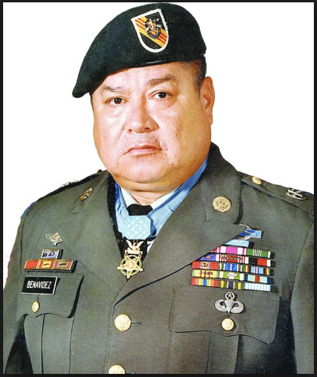 Sen. Dan Sullivan (R-AK) introduced S. 2594 [bill text not yet publicly available online], a bill to modify certain requirements with respect to service and retirement for the purposes of veterans' preference for Federal hiring.

Rep. Mike Levin (D-CA-49) and Rep. Katie Porter (D-CA-45) introduced H.R. 4609 [bill text not yet publicly available online], a bill which aims to include a full-time job with a veterans or military service organization as a public service job eligible for public service loan forgiveness.

Rep. Mike Levin (D-CA-49) and Rep. Mark Meadows (R-NC-11) introduced H.R. 4526, the Brian Tally VA Employment Transparency Act. This bill aims to support veterans with legal claims against the Department of Veterans Affairs or its contractors. More specifically, the bill would require the VA, within 30 days of a veteran submitting a claim, to provide notice of the importance of securing legal counsel; the employment status of any individual involved in the claim; and the statute of limitations in the relevant state if the claim involves a contractor. Background: The bill is named after Marine Veteran Brian Tally, who was denied the opportunity to file a medical malpractice claim due to a lack of transparency and efficiency at the VA. The VA failed to inform Tally that his doctor was a contractor and that his claim had to be filed in state court until after the statute of limitations had expired.

Rep. T.J. Cox (D-CA-21) introduced H.R. 4589 [bill text not yet publicly available online], a bill to give permanent authorization for the VA Grant Program for the Transportation of Highly Rural Veterans. Background: Currently every two years Congress must reauthorize this vital program that appropriates $3 million dollars in grants each year to aid in transportation of highly rural veterans to medical care. This bill would permanently extend authority of this program.

Article: “Lawmakers push for bill that would give low-income military families a 'basic needs' allowance”

Article: “This is how climate change could hurt VA hospitals and programs”

Article: “Republican Senator Tells Army Veteran And Doctor ‘You’re So Pretty, If You Take A Little Longer, I Won’t Say Anything’ During Hearing”

Fact check: “Did Democrats Vote to Give Immigrants Better Health-Record System Than Vets?”

Reminder: The U.S. House of Representatives passed H.R. 840, the Veterans’ Access To Child Care Act by a vote of 400 to 9 back in February. It is now a part of the “McConnell Graveyard.”

Trump Steals From Military To Pay For His Wall

U.S. Rep. Chris Smith (R-NJ-4) introduced H.R. 2435, the Accelerating Veterans Recovery Outdoors Act. This is a bill with widespread bipartisan support. The bill would establish an interagency task force on the use of public lands to provide medical treatment and therapy to veterans through outdoor recreation.

U.S. Rep. Anthony Delgado (D-NY-19) introduced H.R. 4165, the Improving Benefits for Underserved Veterans Act. This bill directs the Secretary of Veterans Affairs to publish a report regarding veterans who receive benefits under laws administered by the Secretary, disaggregated by sex and minority group member status.

U.S. Sen. Kevin Cramer (R-ND) introduced S. 2392, the Veterans Reimbursement for Emergency Ambulance Services Act. This bill aims to provide for the circumstances under which the Secretary of Veterans Affairs shall provide reimbursement for emergency ambulance services.

Article: “Senate Veterans’ Affairs chairman to retire at end of 2019”
Article: “After June’s 2-year hike in VA mortgage fees, Congress is ready to do it again”

Article: “Sen. Boozman Recognizes Mulberry Officer For Going ‘Beyond The Call Of Duty’”

Earlier this week, the U.S. House of Representatives passed by voice vote the following bills:

1) H.R. 2943 (introduced by Rep. Gil Cisneros [D-CA-39]), a bill to provide benefits information in Spanish and Tagalog for veterans and their families,

2) H.R. 2942 (again, introduced by Rep. Cisneros), the HEALTH Act – a bill directing the Secretary of Veterans Affairs to carry out the Women’s Health Transition Training pilot program through at least fiscal year 2020,

Earlier this week, by a vote of 89-1, the U.S. Senate confirmed Mark Milley to be the Joint Chiefs of Staff Chairman.

Earlier this week, by a vote of 90-8, the U.S. Senate confirmed Mark Esper to be the Secretary of Defense.

The U.S. Senate is expected to soon debate and vote on the confirmation of David Norquist to be the next Deputy Secretary of Defense.

(Ramos recommendation: contact your senators and tell them to VOTE NO on this.)
___

Earlier this week there was a subcommittee hearing in the House Veterans’ Affairs Committee on the topic of: “VistA Transition: Assessing the Future of an Electronic Health Records Pioneer”

Earlier this week there was a full committee hearing in the House Veterans’ Affairs Committee on the topic of: “True Transparency? Assessing Wait Times Five Years After Phoenix”

U.S. Sens. Rounds (R-SD) and Tester (D-MT) are expected to introduce the G.I. Bill Work Study Improvement Act of 2019, a bill to streamline the processing and administration of VA benefits through the VA Work-Study Allowance Program, providing veterans with timelier benefits.

Article: “Senate confirms Milley as chairman of the Joint Chiefs”

Article: “Supreme Court clears way for Pentagon to use $2.5 billion for border wall”

IL Governor Press Release: Gov. Pritzker signed into law a bill to expand the allowable forms of proof for veterans when they get state ID cards and drivers' licenses

IL Governor Press Release: Gov. Pritzker signed into a law a bill to allow high schools to award a diploma to students who left high school to serve in the military and made the ultimate sacrifice

Article: US Tax Professionals in Vancouver Publish Tax Breaks for Members of the Armed Forces

Op-ed by Bill Himpler (President and CEO of the American Financial Services Association): “Time to fix the Military Lending Act”

Article: “US Army Garrison Italy says ‘ciao’ to its outgoing and incoming commanders”

(Of note – this comment: “About 22 percent of troops who participated in the Military Times survey last fall said they have seen signs of white nationalism or racist ideology within the ranks.”)

Article: “An official survey shows Army families are even less happy with their privatized housing”

Article: “Military Consumers at Higher Risk for Marketplace Losses, According to BBB Report”

According to NBC News and The Hill, a federal court has vacated the Department of Veterans Affairs rule that released it from reimbursing a veteran who receives emergency medical care at a non-VA facility. In the decision from Monday, September 9, 2019, the U.S. Court of Appeals for Veterans Claims found that this rule, which the department issued in 2018, violates federal law.

A rule releasing the department from reimbursing a veteran for an emergency claim if a portion of the costs were covered by his or her own insurance had already been found to violate the law back in 2015.

As a result of the court ruling, the VA may need to reimburse thousands of veterans, and this would involve billions of dollars in costs to the department.

According to an Air-Force report that NBC News says it has obtained, by redirecting funding previously allocated by congress for Military construction to build a stretch of wall along the U.S.-Mexico boarder, some 51 projects around the world will be delayed. Apart from the obvious constitutional issues it raises, this action on the part of the White House will also increase the level of risk at a number of locations.