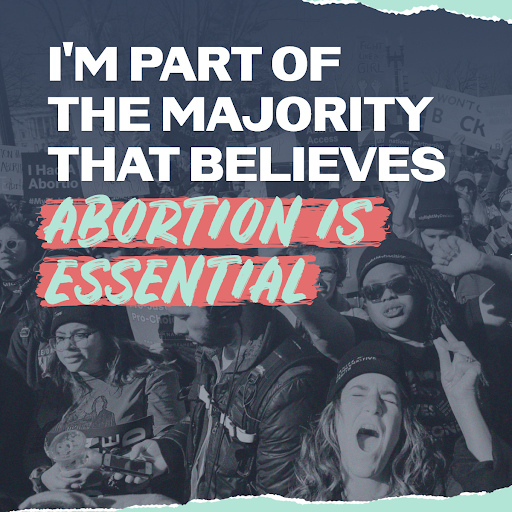 The Center for Reproductive Rights (CFRR)  released a new report in January 2022 analyzing the legal influence of six landmark cases on sexual and reproductive health and rights (SRHR) around the world. Although SRHR are essential to gender equality, millions of women and girls still lack legal protections for these fundamental rights. Strategic litigation before both (a) international bodies (such as the U.N. Human Rights Committee and the U.N. Committee on the Elimination of Discrimination Against Women or “CEDAW”)  and (b) regional bodies (such as the Inter-American Commission on Human Rights and the European Court of Human Rights) helps to create accountability for SRHR violations and generates progress at the national and international level.

At a January 26, 2022 webinar organized by CFRR to launch its report, speakers noted (i) the importance of protecting institutions and empowering civil society, (ii) the cascading effect of such litigation (global to regional to local) and (iii) that the cases, by establishing normative standards, have become foundational for women’s rights, so that SRHR are included in human rights’ issues and states’ obligations.

Alejandra Cardenas of the CFRR briefly discussed the situation in the United States: she noted the importance of continuing to push legislation at the federal level, addressing not only abortion but more broadly reproductive choice and health rights. She also emphasized the need to continue to work at the state level, and referred to important achievements in some states, such as New York, where reproductive rights have recently been codified in the state’s Reproductive Health Act.

Since Cardenas made her remarks at the webinar, the United States Senate voted, on February 28, 2022, on the Woman’s Health Protection Act (which would protect access to abortion in all 50 states, free from medically unnecessary restrictions).  The bill, which is supported by a majority of voters in the United States, did not, however, receive the 60 votes necessary to override the filibuster.  Because abortion rights are likely to be a key issue in the upcoming 2022 U.S. mid-term elections, the fact that the bill finally went to a vote in the Senate can, however, be seen as a small victory since it did force the Senators to go on record for their constituents to judge.

Set forth below is a summary of certain of the landmark cases brought in front of the UN human rights bodies and the regional human rights bodies, and their influence on decisions of other international, regional and domestic courts throughout the world.  These cases and others are analyzed in more detail in the CFRR Report.

In 2005, the U.N Human Rights Committee issued a groundbreaking decision in K.L. v. Peru , recognizing that denial of abortion services violated K.L.’s  rights, including rights to privacy and freedom from cruel, inhuman, and degrading treatment, and special rights of protection for minors. Critically, the U.N. Human Rights Committee made clear that where abortion is legal, it must be accessible in practice.  Although the case related to Peru’s laws, it reverberated across Latin America when the highest courts in Argentina, Brazil, and Colombia relied on the decision in K.L. v. Peru in their own landmark cases liberalizing restrictive abortion laws.  In 2011, in L.C. vs Peru, the CEDAW issued its first decision recognizing that the denial of legal abortion services can constitute a human rights violation.  Those cases relating to Peru then had an impact on cases arising outside Latin America, when the U.N. Human Rights Committee, in 2016 in Mellet v. Ireland,, affirmed and built on the K.L precedent to further recognize that the prohibition and criminalization of abortion violates fundamental human rights.

Alyne v. Brazil was the first international human rights decision holding a state accountable for a preventable maternal death.  The CEDAW found that the lack of appropriate maternal health services failed to meet the specific, distinctive health needs and interests of women. It further recognized that Alyne was discriminated against on multiple grounds, including on the basis of her sex, her status as a woman of African descent, and her socioeconomic background. The CEDAW affirmed states’ obligation to ensure the provision of timely and quality maternal health care to all women, regardless of race or income.  In addition, it is insufficient for states to take measures to improve maternal health which neglect marginalized sectors of the population. Further, the CEDAW recognized that when a state outsources the provision of medical services to private institutions, as occurred in the Alyne case, the state is responsible for the private institutions’ actions and must regulate and monitor these institutions.  The Alyne decision has had an impact on decisions rendered in domestic courts in Kenya and Uganda.  It has also been referred to in regional human rights courts decisions in the European Court of Human Rights in cases relating to Portugal and the Netherlands.

Paulina v. Mexico was filed in 2002 before the Inter-American Commission on Human Rights.  The case stemmed from the denial of abortion services to an adolescent whose pregnancy resulted from rape. A friendly settlement agreement was reached between the parties in which Mexico acknowledged that it had violated Paulina’s human rights by preventing her from accessing an abortion, which was legal in the case of rape. The State agreed to pay her reparations, provide compensation to her and her son for their health care and education, make a public acknowledgement of responsibility and issue a decree providing guidelines for accessing abortion in the case of rape. In addition to approving the friendly settlement agreement, the Commission recognized that women cannot fully enjoy their human rights if they do not have timely access to health care information and services.  This case has impacted domestic cases in Argentina and Columbia.

In 2004, R.R. filed a complaint against Poland with the European Court of Human Rights (the “ECHR”). R.R. was 18 weeks pregnant when an ultrasound revealed a potential fetal impairment. Medical professionals refused to perform further tests until the time frame for a legal abortion had passed. The ECHR held that Poland had violated the right to be free from inhuman and degrading treatment and the right of respect for private life under the European Convention on Human Rights. The judgment held that Poland must put in place an effective legal and procedural framework guaranteeing that relevant, full, and reliable information is available to women to make informed decisions about their pregnancy. The ECHR also reiterated (in paragraph 200 of its judgment) that “the State is under a positive obligation to create a procedural framework enabling a pregnant woman to exercise her right of access to lawful abortion.” In addition, the ECHR outlined that if state parties to the Convention choose to allow medical professionals to refuse reproductive health care on grounds of conscience or religion, they must organize their health services in such a way as to ensure that such refusals do not prevent patients from obtaining access to health services to which they are entitled under domestic law.  The judgment in R.R. v. Poland has been invoked in a number of decisions by regional human rights courts and domestic courts  (ie, in Italy, by the European Court of Social Rights; in Latvia, by the European Court of Human rights, and in Costa Rica, a domestic court).

Strategic litigation in which abortion rights are framed within the broader issue of social justice and public health clearly has a ripple effect.  This was recently demonstrated by the February 21, 2022,  landmark ruling of the Constitutional Court of Colombia to decriminalize abortion up to 24 weeks of gestation.  The ruling in Columbia follows on the heels of Mexico’s decision just a few months earlier holding that making abortion a crime was unconstitutional, and a prior decision in Argentina.  The ruling in Columbia resulted from strategic litigation filed by the Causa Justa Movement, that sought to eliminate abortion as a crime, reduce barriers to legal abortion care, and end the risk of criminal prosecution of women and girls seeking abortion care and of health care workers providing care.  Colombia is now the eighth country in Latin America and the Caribbean to decriminalize abortion during the initial stages of pregnancy.  Because Columbia is the first country in the region to have a model legalizing abortion up to 24 weeks, this is likely to be an important example of how to advance abortion access in the region.

In conclusion, strategic litigation clearly builds accountability for sexual and reproductive health and rights violations.  Such litigation, even if initially unsuccessful, brings the issue to public attention, encourages voters and politicians to take sides and generates progress by causing legal and policy changes at the national and international level.  Of course, the success of strategic litigation over time owes much to the continued empowering of civil society and the persuasive power of street activism.