This new travel ban is just a rehash of the first. As Tom Perez recently wrote,

"This ban, like the last one, is unconstitutional -- just ask the multiple federal courts that ruled against it the first time.

You would think that Trump might have taken a few minutes after that to read the Constitution. (I'd suggest starting with Article III for a refresher on the role of the judicial branch, and then move on to what the First Amendment says about freedom of religion.)”

As Democrats Abroad, we must fight against the Trump administration’s un-American actions and stand together with immigrants and our neighbors around the world.

Maybe Trump could learn a thing or two from this immigrant: 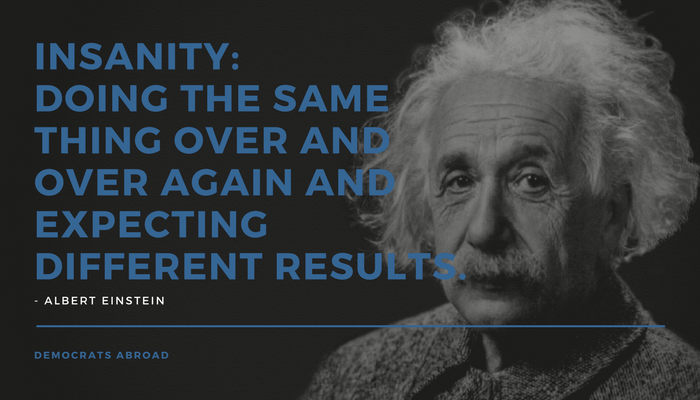