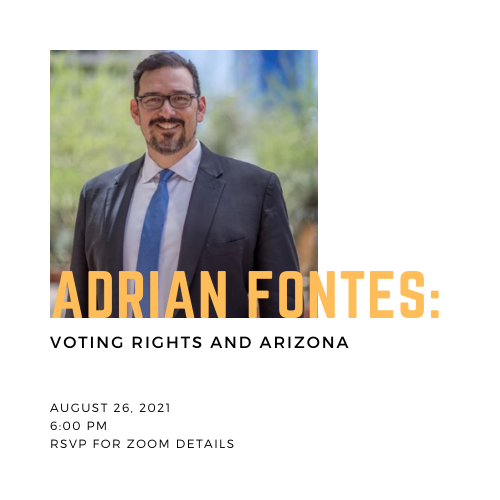 The former Recorder for Maricopa County offers his analysis

Voter suppression is one of, if not the most, serious threats to American democracy and Maricopa County in Arizona has been and continues to be  ground zero in that assault.  In 2016, after witnessing widespread voter suppression and long lines at polls, Adrian Fontes decided to run for Maricopa County Recorder in order to make elections more accessible, secure and professionally and fairly managed.  He led the defense of the right to vote for one of America's largest voter communities https://newdealleaders.org/leaders/adrian-fontes/

As Recorder, Adrian worked with political and community organizations across the ideological spectrum to increase the number of registered voters by 500,000, making Maricopa County the second largest voting jurisdiction in the USA. We witnessed how vital these results were for the 2020 election

Adrian’s public service career began in the United States Marine Corps. After obtaining a BA and Law degree he continued to advocate for justice and fight for the disadvantaged, as a prosecutor with the Denver District Attorney, the Maricopa County Attorney ‘s office and then with the Arizona Attorney General.

In 2016, Adrian was elected Maricopa County Recorder, the first Democrat to hold the office in 50 years, as well as the first Latino to hold county-wide office in Maricopa, which represents two-thirds of Arizona’s population.

This is your chance to get a first-hand report from the front lines and to discuss what we can do to prepare for 2022.