Are you as pumped up about the General Election in November as I am? Democrats from all over the country have churned out some amazing candidates and it’s going to be a refreshing feeling to see them win and retake a Democratic majority in Congress and other offices on the state and local levels.

The Democrats Abroad Hispanic Caucus has been paying close attention to those candidates who will reflect America’s diversity and best represent Latino communities. Because we’re feeling really good about these Democratic candidates and the values they stand for, we are pleased to endorse the following patriots whose names are in bold fonts.

U.S. Senate
Tammy Baldwin (INCUMBENT) ←This seat must be defended at all costs

Governor
Christine Hallquist (challenger to incumbent GOP Gov. Phil Scott) ←This could lead to the election of the nation’s first transgender governor

U.S. Senate
Bernie Sanders (INCUMBENT) ←This seat must be defended at all costs

U.S. Senate
Chris Murphy (INCUMBENT) ←This seat must be defended at all costs

Attorney General
(no endorsement as of Aug. 15th; subject to change)

U.S. Senate
Amy Klobuchar (INCUMBENT) ←This seat must be defended at all costs

The above candidates are highly recommended due to them looking out for the best interests of Hispanic-Americans and fulfilling a Democratic agenda. And in case you come across any U.S. expat who’s just woken up from a coma or who’s been living under a rock, please make sure that one of the first things he or she sees is VoteFromAbroad.org. 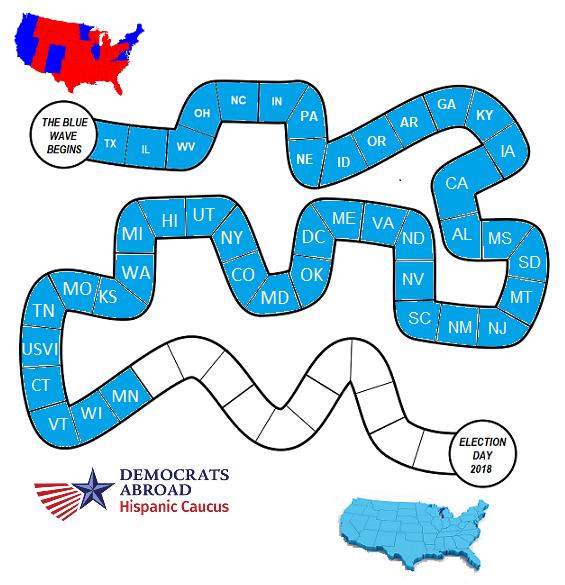