Democrats Abroad speaks with Laurie Gayle, Humanitarian Officer and Deputy Chair of Communications for Social Media about her experience of the refugee crisis, life in Scotland, and why she’s involved with Democrats Abroad. 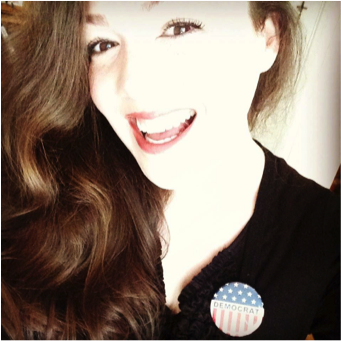 Ten years ago and after stints living in England and Ireland, native Texan Laurie Gayle settled in Edinburgh, Scotland, and felt immediately at home. “My grandfather was born here,” Laurie explains. “I’m a proud Texan and there is something that aligns between the strong identities that both Texans and Scots have.  And of course, we both love fried food, live music and the bottle of whisky isn’t that far away.”

Laurie, who currently directs DA’s Facebook and Twitter channels as Deputy Director of Communications – Social Media, was prompted to join Democrats Abroad when a call to action was published on Facebook to recruit an entire new Chapter Committee in Scotland.  “The only way to run for a leadership position in Democrats Abroad is to become a member,” she recalls. “It only takes two minutes to join, so I did and shortly after I was elected Chair of the Scottish Chapter of Democrats Abroad.”

Having lived abroad since 2002, Laurie had always been aware of Democrats Abroad’s existence but didn’t become a member until 2014.  For her, joining was not only an opportunity to gain leadership experience, but also a way to get involved in a cause that has a huge impact on American politics. “There’s a journey that I’ve been on since becoming involved with Democrats Abroad,” she says. “It’s not just another American expat club or a social politics organization.  Democrats Abroad is an official entity of the Democratic Party and one of its best-kept secrets. As an organization we produce amazing work, all of which is driven by our incredibly dedicated volunteers who live all over the globe. A great example of this is our indefatigable social media team. It is because of their commitment that Democrats Abroad has become the third most liked Facebook page of all state Democratic Parties. It is all volunteer-driven, and shows what can be done within a membership organization that is inclusive and allows people to contribute what they feel most passionately about.”

One of Laurie’s top priorities as Deputy Communications Director is developing a global network in which members can pool their expertise and experience and collective voice. The goal is to work collaboratively via the medium of social media to achieve Democrats Abroad’s mission to register all Americans living outside the U.S. to vote from abroad, and to give our members a say in Washington on the domestic and international issues that matter most to them. 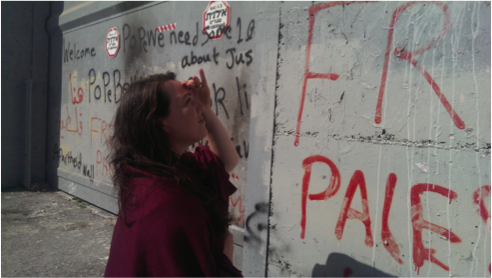 An international humanitarian officer by profession, she believes that issues such as the refugee crisis should be on the minds of all Americans. Describing herself as a migrant rather than American expat, Laurie understands the resiliency needed in order to make a new life outside of your homeland, and the support that it requires. “There are some of us who live outside of our country by choice or for our profession, but the vast majority of people in the World who have made that move do so for their health or for safety.  I have the privilege of meeting and working with refugees. They are some of the most amazing people you will ever meet, and they are so far from the vitriolic statements being spewed about them from the Republican Party.  This is why I am so proud of President Obama coming to Europe recently and standing in front of the World’s leaders and the media to speak out about the refugee crisis. As members of Democrats Abroad, we have a massive opportunity to educate and inform our Party about the reality of this humanitarian tragedy. So many of us have been directly involved with or affected the refugee crisis and we continue to do whatever we can in order to aid to those in need. Democrats Abroad has many tools in its arsenal to combat misinformation, and with November quickly approaching its time that we work together to do it.”

How can you get involved?

Laurie encourages all Democrats Abroad members to join the conversation about the refugee crisis, health care, women’s’ rights issues and all other important policy items on the agenda during this election year. As a global movement uniting Americans in over 90 countries, Democrats Abroad offers volunteer opportunities of all types; no matter where you live or how much time you are able to give. “I know first-hand how it feels to live abroad,” Laurie says. “It’s like you have one foot on each side of the ocean. It is even harder during an election cycle, being the de facto representative for U.S. politics among your non-American friends. Involvement with Democrats Abroad comes with a built-in support system, and more Americans living abroad should experience that.”