Protecting the Right to Vote! 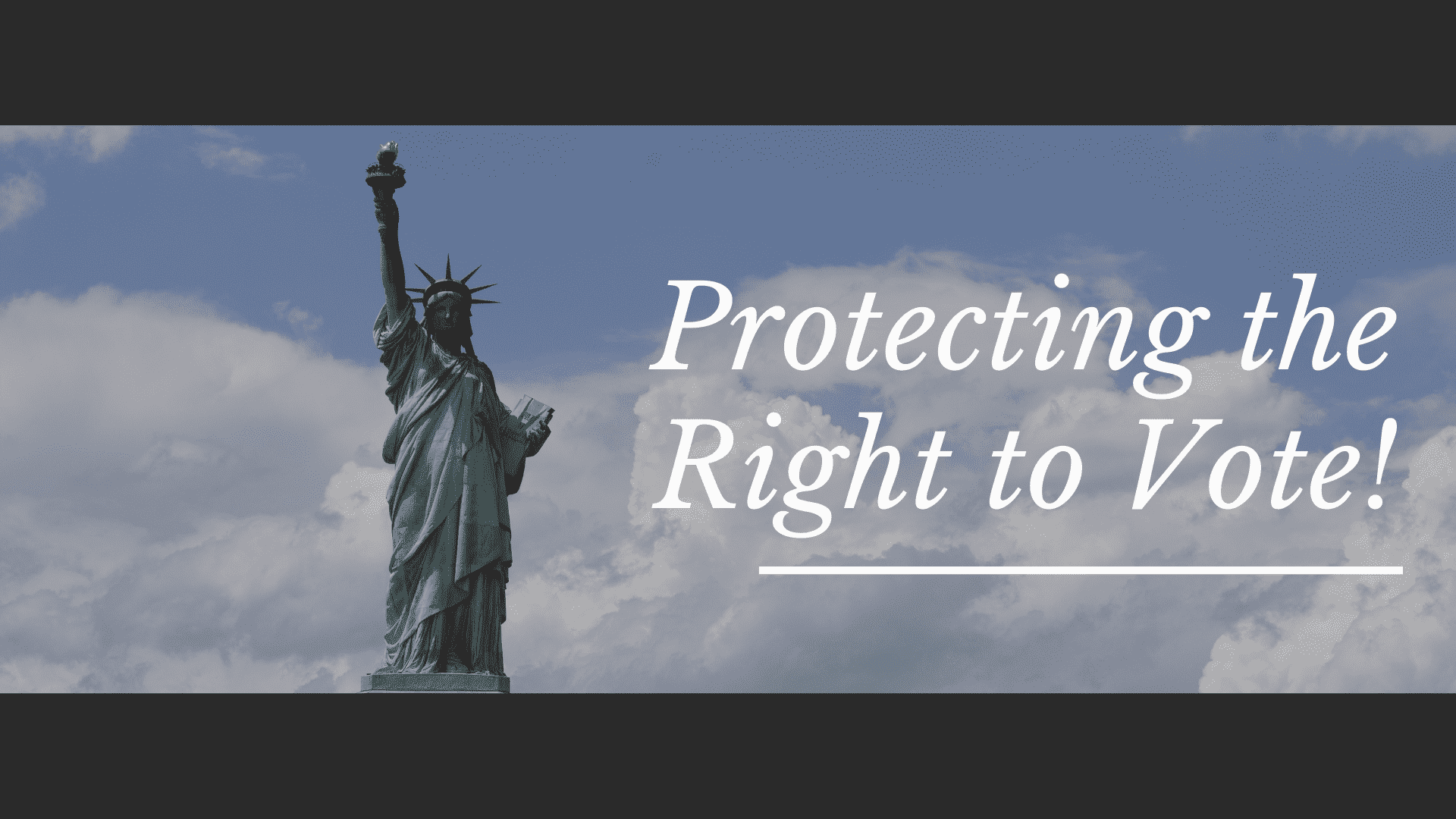 News media will not use the word proto-fascist to describe the current Republican Party but the label fits like a fist in a glove. Did any of us imagine in our lifetimes we would see bold and successful efforts to deny voting rights to people in the United States? Did we anticipate actions to subvert the legitimacy of the entire U.S. election system? Did we envision hundreds of members of Congress categorically refusing to participate in our democracy?

And yet… January 6, 2021. Trump’s Big Lie convinced a large majority of Republicans that President Biden stole the election from The Former Guy. Voter suppression laws of variety and cunning are already in place, with more coming. Republican state legislatures are planning to delegitimize any election that doesn’t give them the win. In Florida, Republicans now require a survey of political views of students and faculty in state colleges and universities. One-quarter of Republicans are reported to believe “the government, media, and financial institutions are controlled by a group of Satan-worshipping pedophiles who run a global child sex-trafficking operation.” And Trump himself said it: Republicans cannot win a fair election.

They are willing to destroy our democracy in order to take power. In Spanish we call them Fachos. In English it’s Fascist.

The life of our republic is at stake and we have only a few tools with which to defend it. When the Senate returns on July 20th, we must continue to put pressure on passage of some form of the For the People Act. We must let them know we still care deeply about this issue and expect action. Call them! And if you are in the United States, consider joining the “March On for Voting Rights” set for August 28th.

Historically the party in power loses seats in Congress in mid-term elections. Our margins in both  chambers are equally thin and we cannot afford to lose that small edge. Votes from overseas voters were the margin of victory in many tight races in 2020, including in Georgia; they can be again in 2022. United States democracy depends on our efforts to fairly elect men and women who represent our ideals and desires for a better country. The most successful rebuke of the current Republican Party will be for us to double down on our efforts to Get Out the Vote, and increase voter turnout to elect those men and women. We hope you will join our effort to do so by joining Democrats Abroad to continue this good work and protect our country from afar.