Solidarity Sundays #27: IMPEACHMENT 4.0 (OR HOW TO GET RID OF A PRESIDENT ON THE 4TH TRY) 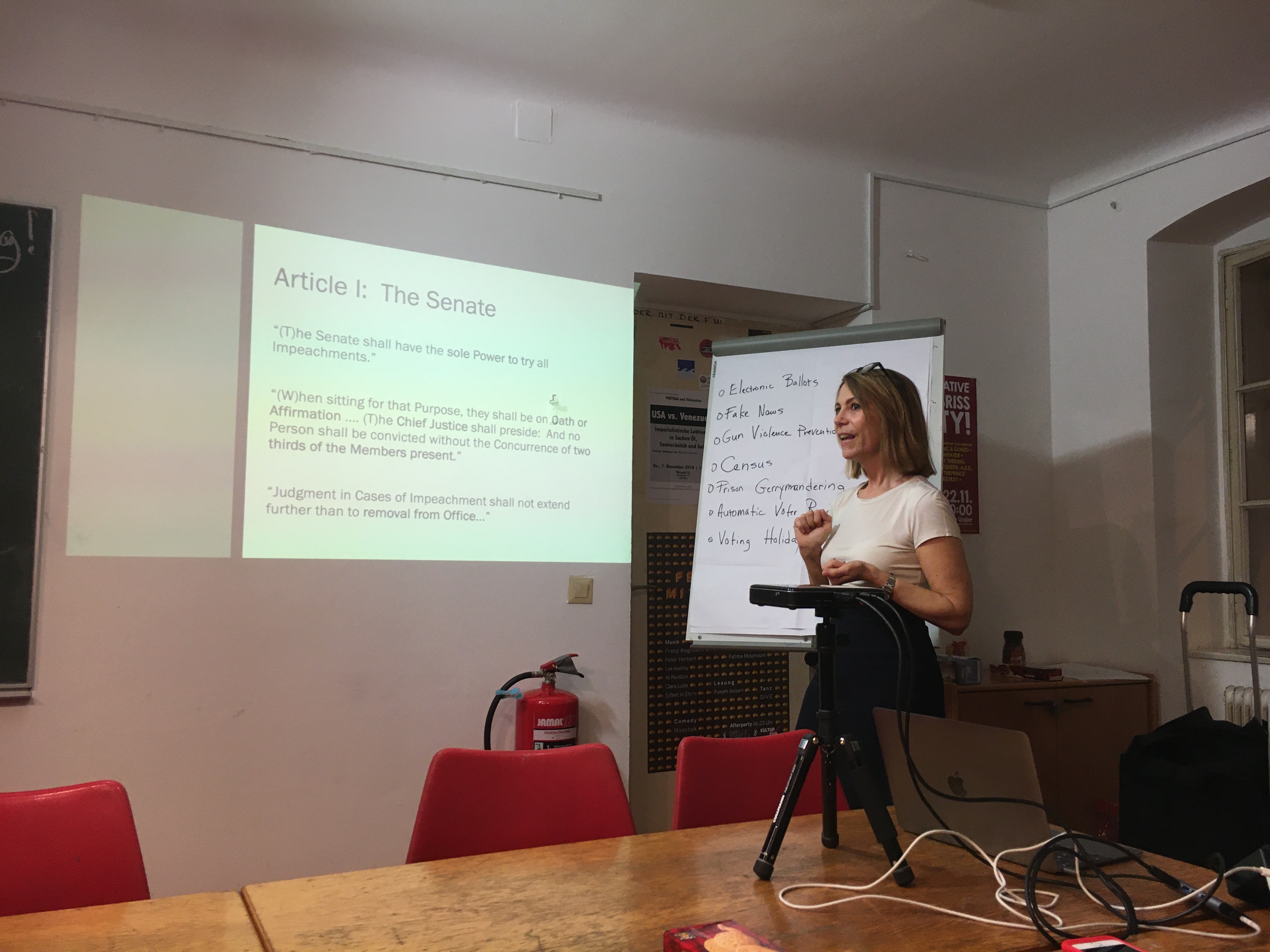 What can we expect from this impeachment process? What might America look like when the smoke clears? Can our Constitution save us?

Tanya Lolonis led a civics review on October 28th on disciplining a President who abuses his constitutional power. Congress has impeached — accused of misconduct — three Presidents; it has never removed one.

What kind of offense did the Founding Fathers believe merited ejecting a President?  High Crimes and Misdemeanors do not refer to felonies or legal crimes. “High” crimes are committed by public officials, while “Misdemeanors” refer to “ill behavior; evil conduct; fault; or mismanagement.” In essence, an impeachable crime is a judgment call.

The first president to be impeached by Congress, Andrew Johnson, was impeached for being a jerk.  Racist, defiant, and demagogic, he was despised for sabotaging Reconstruction. Nonetheless, senators acquitted him to preserve the balance of powers — the principle of Executive independence from the Legislature. Significantly, Nancy Pelosi has not focused the inquiry on his policies, but on his abuse of Executive power — attempting to profit politically from his office.

Richard Nixon denied involvement in Watergate for 16 months. Hard evidence — a tape confirming his role in the coverup— turned the public, and his party, against him. Pelosi and Schiff learned the lesson of Nixon’s impeachment:  proof matters.

Bill Clinton’s impeachment concerned neither balance of power (Johnson) nor abuse of presidential power for political advantage (Nixon), but misdeeds outside his constitutional role. His popularity determined his fate:  he was never in danger of conviction by the Senate. Similarly, President Trump stokes his popularity with his base to keep GOP Senators behind him.

The politics of impeachment are fluid and dynamic, changing daily — even hourly. If the House votes to impeach the President, will the Democratic majority be punished in 2020? Rewarded? Will the President survive impeachment to run for re-election with the largest war-chest in presidential campaign history? Or will Senators, sensing fatal political fallout, abandon the President, make him the first to be removed from office?

What makes this impeachment process different from the first three is this:  the Framers expected a Donald Trump. They did not expect a Mitch McConnell, a Matthew Gaetz, a Kevin McCarthy. They did not account for political parties cooperating across branches of government to protect a President.It is a fundamental change in our constitutional order:  we no longer have the ambition of one branch checking the ambition of another; we have personal ambition protecting personal ambition. This process is moving fast:  we’ll know soon if our system will hold.