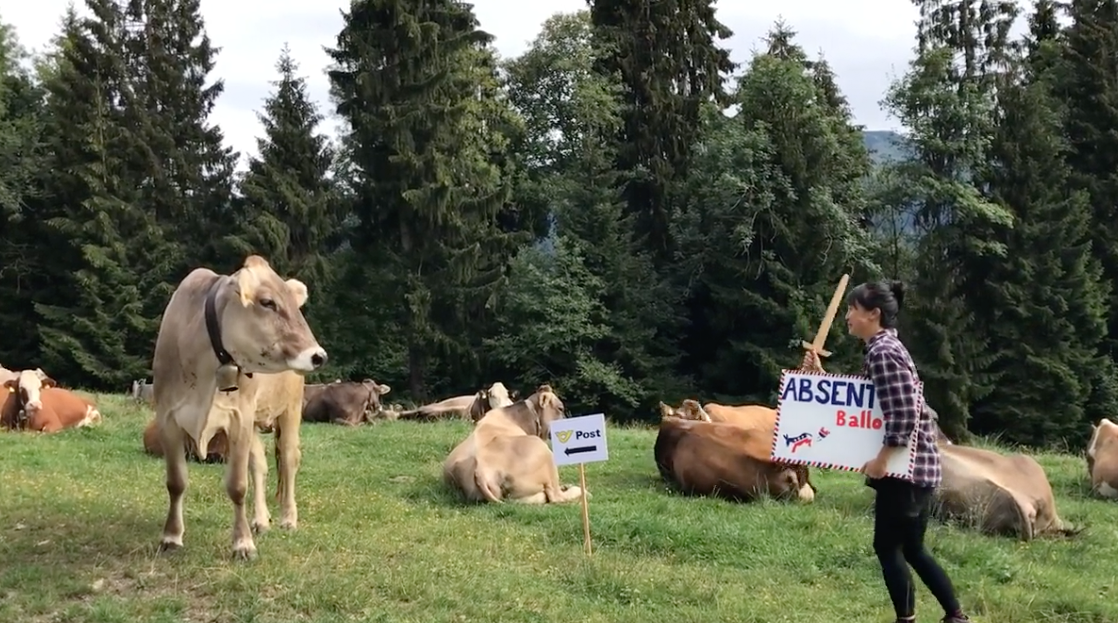 Paul and Andrea Miller, Chrystyna Lucyk-Berger and Stephanie began planning regular meet-ups, talking about what was going on and subsequently crying into their glasses of wine, beers or tea (depending on who you ask). As the meetings rotated between the three homes, the snacks turned into dinners and great discussions about travelling and food and all sorts of things beyond politics until, one night, Paul said, “We gotta do something that makes a difference." In other words, how were we going to make an impact? DAA stopped developing into Dining for Americans Abroad and returned to its Democrats Abroad Austria roots. Ideas were batted about amidst the wine bottles and then someone said, “We’ve got to make something that will go viral. Like a YouTube video or something.” Chrystyna grabbed a sheet and, during the brainstorming session, came up with a story board called “The Four Seasons”, which quickly turned into “How far would YOU go to get the vote out?”. In the midst of the six-month project, Yungjin joined the group and offered the postal service kiosk you see in the film, as well as the editing services. The group is now — with newcomers Patricia and Paul Baker — officially six members, not including non-American spouses and partners.