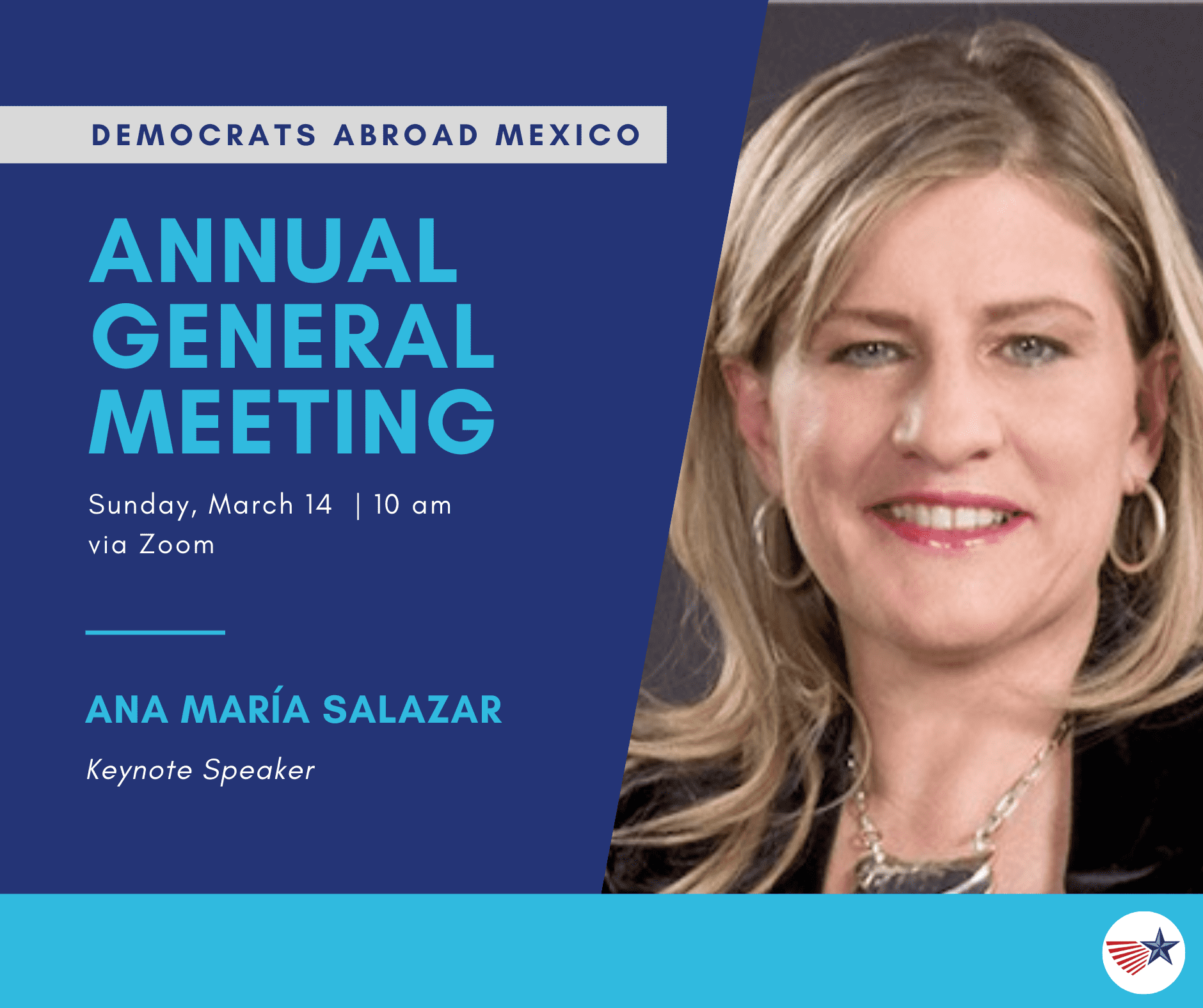 The DA Mexico Board of Directors invites you to attend our AGM for a report on the Country Committee's activities in 2020, to vote for the new DAMX Board of Directors and to amend our bylaws (details to vote electronically before the meeting are forthcoming), and to hear from our keynote speaker, Ana María Salazar!

Ana Maria Salazar is one of the most versatile journalists in Latin America and a leading expert on security issues, US/Latin American relations, and US politics. She has held various high-level political appointments in the US government, including as Deputy Assistant Secretary of Defense for Drug Enforcement Policy and Support at the Pentagon, Policy Advisor for President Clinton’s Special Envoy for the Americas in the White House, and has also served in the U.S. State Department’s Bureau of International Narcotics and Law Enforcement Affairs. As a result of her efforts at the Pentagon, in 2000 Ana Maria was recognized by Hispanic Business Magazine as one of the 100 most influential Hispanic Americans in the United States. Ana Maria is bilingual and bicultural and is one of the few journalists who can broadcast and anchor TV and radio programs, in addition to publishing, in both languages. She has written five books on politics, security and leadership issues and is a popular speaker at business, government and academic forums regarding security, politics and international relations.

RSVP now to receive the link to join!