Last month in Washington DC at the Democrats Abroad Annual Global Convention, the LGBT Caucus presented its plans and goals in this new era, which sees LGBT rights under attack and threatened with rollback after eight years of unprecedented progress.

As the constituency group for lesbian, gay, bisexual, transgender, and all other sexual minorities in Democrats Abroad and for members who support us, the Caucus will be vigilantly monitoring the new administration’s handling of issues that affect the LGBT community and its interests, and mobilizing its members to #resist.

“There’s already a lot to worry about,” said Martha McDevitt-Pugh of DA Netherlands, one of the co-chairs of the Caucus.  “The attempt to repeal health care will have ramifications for people with AIDS, and the recent executive order will make it possible for people to discriminate against LGBT citizens.   The immigration ban may have implications for same-sex spouses whose lives may be at risk in their home countries.” 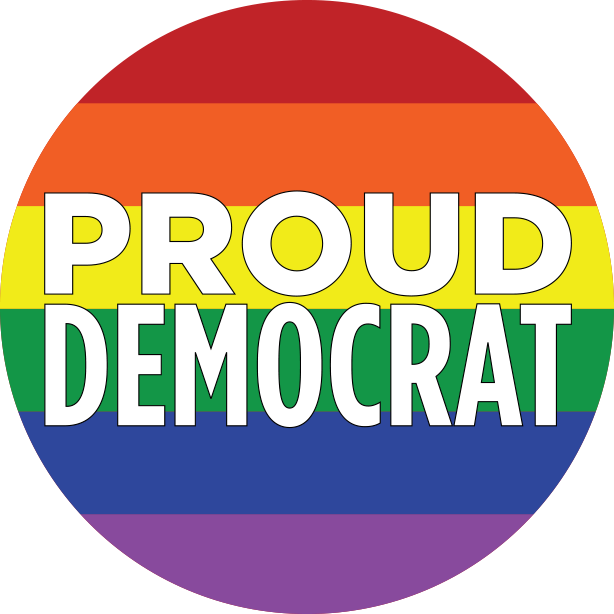 There are about 650 members of the Caucus world-wide, with active local chapters in the UK, France, and Germany.   Chapters are in formation in Canada, the Netherlands, Spain--and the goal is to extend the network throughout the entire Democrats Abroad organization.

To achieve this goal, the Caucus has several activities underway and events planned.  “We’re trying to coordinate Pride events on a global scale,” said Bob Vallier of DA France, another of the co-chairs.  “This is always a popular event with members, and this year more than ever, participating is important.”

Americans abroad participating in Pride marches everywhere will amplify the message sent at the National Pride March held in Washington on June 11, which promises to be the largest LGBT demonstration since he National Equality March in 1993.  “It’s no coincidence and all too telling that 45 plans to address the virulently anti-LGBT Faith and Freedom Coalition just days before the march,” added Vallier.

DA will also participate in the Global Pride March in Madrid on July 2, which marks not only a celebration LGBT life, but also a somber demonstration for LGBT rights and equality as global human rights. “The situation in Chechnya is outrageous,” noted McDevitt-Pugh.  Those interested in attending World Pride in Madrid can contact DA-Spain chair Jim Mercereau for more information HERE. 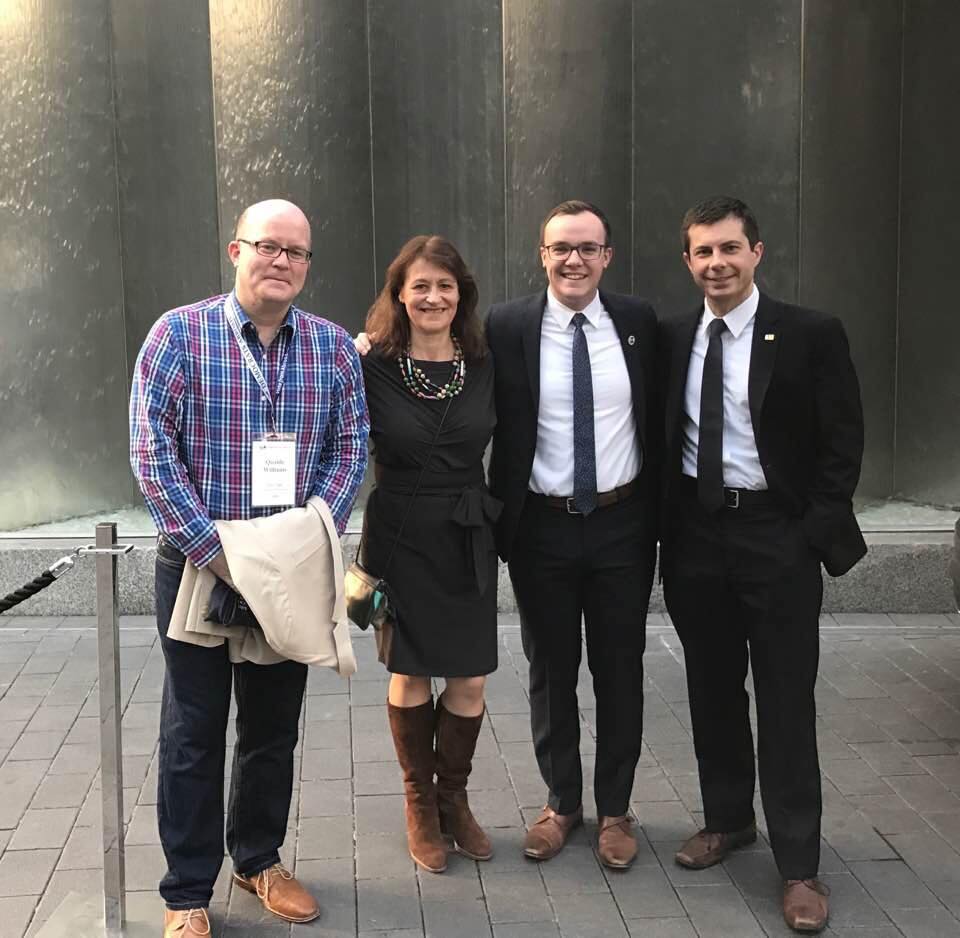 In addition to Pride activities around the world throughout the summer months, the Caucus is planning a Global Town Hall event with several personalities addressing the state of LGBT rights.    More details about that will be announced soon, but we already have many nationally-known allies who support our Caucus efforts: at left in the picture, you can see Caucus member Quaide Williams and Co-Chair Martha McDevitt-Pugh networking with Mayor Pete Buttigieg and his partner.

The Caucus also issues a call for all interested members to join and get involved.  “This is another great way for DA members to be engaged,” said Vallier, “and as long as the other party is in power, there is a real urgency to our mission.  We need volunteers from all over the globe to be involved.”

The Caucus now has its own dedicated WEBPAGE on the DA website, and we will soon be posting a calendar of Pride events there, but you can also follow them on FACEBOOK, and members interested in playing an active role in the Caucus are urged to contact us via EMAIL HERE